You like broken girls cause they make You feel put together
Broken girls, rip it open then You kiss it better… 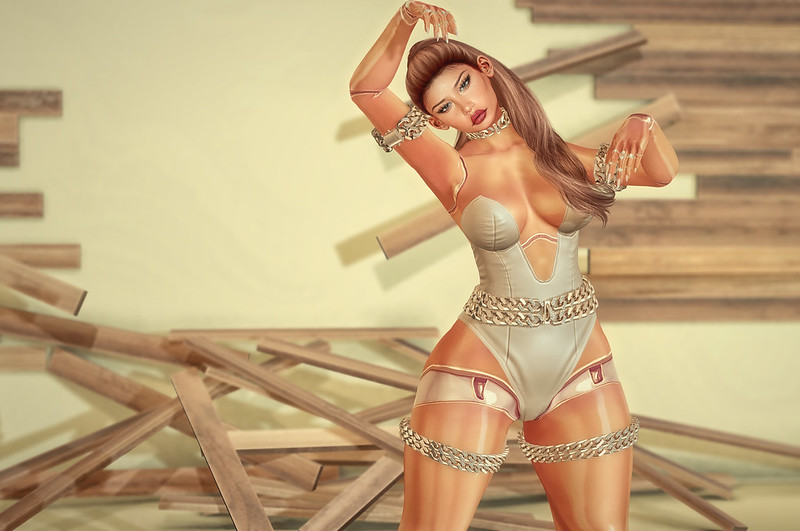 It’s been awhile.  Damn near a month.  And i apologize for that.  If Y/you read my last post, Y/you know that i posted that literally the day after i got home from the hospital.  i wasn’t ready to share all of that with E/everyone, really, but unfortunately, a poorly-managed situation in my home Community in which my personal business was being spread around carelessly made it such that if i didn’t tell the rest of my own story it likely would’ve morphed beyond recognition by the time i was ready to speak about it.

Unfortunately, that means that i kinda had to force myself to be more raw than i was ready to be, and it took away every desire i had to write anything else for awhile.  Again, my apologies.  Especially to those Designers who entrust me with showcasing their designs.  i’m playing catch up, and i thank you in advance for Y/your understanding.  ♥

Today i’d like to breach a subject that i feel like is talked about a lot, particularly in the D/s and M/s communities in SL, but it’s not approached from a very realistic standpoint:  ‘broken’ P/people.

Now, before Y/y’all get up in arms and ready to throw rotten veggies at me… when i say that it’s not approached from a very ‘realistic’ standpoint in the D/s and M/s communities in SL, what i mean is… W/we tend to assume that E/everyone has the best of intentions.  “Oh, Dominants are fixers!  So of course They’re drawn to the more ‘broken’ submissives.  They think They can fix them!”  When the reality – sometimes – can be much darker than that.

It’s like this idea that if Y/you are in a group of P/people and Y/you surround Y/yourself with P/people ‘uglier’ than Y/you, then naturally Y/you’re going to feel more ‘beautiful’ than Y/you might if Y/you surround Y/yourself with P/people that Y/you consider more ‘beautiful’ than Y/you.  A lot of what i’ve seen is that some of the most broken and fucked up and abusive Dominants seek out the ‘broken’ submissives… as a way to feel better about Themselves.

That, and it requires minimal effort to make a ‘damaged’ submissive feel like You care about them, as unfortunate of a truth as that is.

Some will even go so far as to do what the lyrics in this particular song state: dig up the ugly, damaged broken parts of them and then ‘fix’ them.  They might have been dealing with it just fine on their own, but as soon as You dug it up and purposely pushed that button, suddenly they need You to help ‘fix’ the problem.

But they don’t see it’s a problem that You created.

i was one of those submissives.  Stars in my eyes thinking She filled a hole in me that i hadn’t been able to otherwise fill in the 10 years i’d been exploring D/s and M/s before meeting Her.  She had what i was missing, right?  She was able to ‘fix’ the things that N/nobody else could even touch, right?

Not quite.  She would just rip open old wounds and then offer up solutions that sounded so simple i wondered why i’d never thought of them before myself.  The reality is that i DID think of them myself… and then i applied them… and i was healing… until She came along to tear that wound open.

Shape || Mine
* Head || Catya Head (v3.0) | Catwa
– This is not a ‘sponsor’ per se, but this particular head was a gift back when it first came out, so that is why i’m marking it like a Designer Partnership.  ♥
Body || Freya Body BENTO (v5.2) | Belleza
Skin || Emily Skin (Tan Tone) | ItGirls
– The face is using the applier, while the base body skin underneath the doll parts is utilizing BakesOnMesh with the “Base” skin included in this package.
Doll Parts || Ball-Jointed Doll (Omega) | Sweet Thing | Equal10 | new!
– Following a suggestion in one of the included notecards, these were layered using BakesOnMesh in the following order (bottom to top layer): Shine Warm Gold 30%, Blush White (tinted), BJD Rose Gold (Solid Hip), BJD Pale Gold (Trans Hip), Shine Warm Gold 10%.  There are so many colors and so many ways to layer them, ESPECIALLY if you make use of BakesOnMesh… you’re going to likely see more combinations in future posts.
* Lipstick || Foxy Gloss | MJN
* Hair || Plush (Brown HUD) | Stealthic
* Bodysuit || Giulia Bodysuit | Salt&Pepper | ROMP | new!
– This bodysuit is released with a few other accompanying pieces, including a fur stole (not pictured) and a RIGGED/unrigged set of cuffs (credited below).
* Collar&Cuffs || Posh Bondage Set (Freya) | Salt&Pepper | ROMP | new!
– This cuff set has unrigged versions of each piece as well as RIGGED versions for Belleza Freya, Maitreya Lara, and TMP Legacy.  The full set includes Collar, Arm, Wrist, Belt, Thigh, and Ankle cuffs, not all of which are worn in this photo.
Rings || Sorceress Ring Set | Yummy