Oh, Mr. Man Upstairs
i know You’re tuning in up there, way up there
Would You care to answer my question? 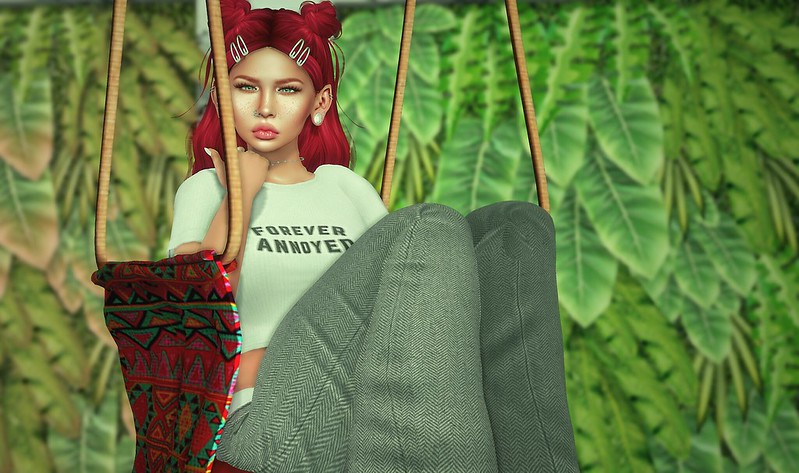 i don’t really know how to summarize or prepare y’all for what is in this post today.  So… just… yeah.  Sorry.

You probably don’t know this, because i seem to have completely fallen off Your radar since W/we parted from a more ‘intimate’ path, if You could call it that… but i’ve still grappled with how everything ended, for months.  i tried putting it out of my head, and i tried facing it head-on and reasoning it out, and i think i’ve finally come to some kind of conclusion.

Cause, You see, i’ve been wracking my brain for what i did wrong… how i failed You.  What part of me wasn’t good enough.  In fact, it trigged a bit of a back-sliding of my inferiority complex that has reached into other different aspects of my life, RL and SL, and i’ve been having to try to keep that in check simultaneously with everything else.  But i couldn’t seem to pinpoint that one thing or series of things that could’ve led to O/our downfall.  But then…

i didn’t do anything to ruin the path W/we were going down… because You never had any intentions of going there to begin with.  What i mean is…

You will likely remember that from the very beginning i asked about Your involvements with others.  Typically it’s not my place, and it wouldn’t be something i’d be so forward with that early on, but with how W/we began and the rocky-ness with now-former family clouding how things started, i needed to know, up front, what i was getting into.  What i was signing up for.

And so i asked… and at the time, i thought You were honest.  i thought i knew what i was getting into.

But i was wrong.  You withheld one very crucial piece of information from me.  You lied to me by omission.

You may or may not remember the night W/we all went to a Haunted House after an event that turned out to be a bit of a bust… and so W/we all went back to watch movies at Your sim.  i was still finding where i fit in with Your group of friends – at least the O/ones i didn’t already know – and You may have been able to tell i felt kinda awkward and didn’t know what to do.  (i can’t presume to know what people can ‘sense’ in others, because i lack that ability entirely.)  You entered my IMs and let me know i could sit next to You if i wanted to.  i’d taken up a seat out of the way in the back, and i thanked You and moved.

But out of respect for Your current relationship, i left a space.  she was on Your other side, so i left an empty seat between You and i.  Maybe it was weird and unnecessary, but it was my way of showing respect to Y/you and Y/your pre-existing relationship, since i don’t know her very well, and You were not permitting me at the time to develop an independent friendship/relationship with her despite my telling You that is how i am most comfortable approaching poly.

Not 30 minutes later, You tp in another girl, You sit her between You and i, and then You proceed to enter into a private voice call with her for the entire rest of the time i was there.  This was not a person You had mentioned to me at all, when it came to people You were involved with in varying degrees.  But this person was clearly important enough to You in order to ignore E/everyone else, and the movie.  And to sit her in the space between U/us.

i stomached it for awhile, but then i couldn’t anymore.  It was very late, i hadn’t slept, and i was house-sitting for my parents, so i needed to drive back to their house before i could go to bed.  i told You i needed to leave, and i did so.

But i wondered, for a long while after, who she was to You.  i even asked You once, and i was told it was nothing.

So color me confused and hurt when she turns up in the very position with You that i was striving to be in.  The place that for MONTHS i’ve been beating myself up over some way that i screwed it up, that i had obviously done *something*, even if i couldn’t figure out what it was.

When truly, You weren’t even pursuing the end i thought You were.  You weren’t focused on getting to know me at all.  You were already off on Your next conquest.

And as much as i want to hate You for Your dishonesty… Your withholding of that crucial piece of information that ultimately broke U/us and broke me for a bit… i can’t hate You.  i can’t even be as mad as i want to be.  In truth, it just makes me sad.  That You didn’t feel, for whatever reason, that You could be honest with me.

There will always be a piece in me that cries out to a piece in You.  And now more than ever, i wish i could shut it up.  Or cut it out.  But i can’t – so instead i just have to figure out how to live with it.

Fuck, i just wish it didn’t hurt so much sometimes.