If you’re lost out where the lights are blinding
Caught in all, the stars are hiding
That’s when something wild calls you home…

Alright!  So.  I don’t normally post photos that aren’t ones I’ve taken and edited, so for an ad to be included with one of my photos, you must know by now that this is something super special or super interesting to me in order to post it.

Oh, and the title?  A friend told me I look like a mango in this picture.  Lol.  She meant it as a compliment… but I happen to like mangos, so it works either way.

Hair Fair is one of those events that everyone looks forward to every year because… duh… hair.  But one thing that really strikes a chord with me is the charity component.  For those that may not know, Hair Fair raises money each year for Wigs for Kids, an organization that states as its mission: “Helping children look themselves and live their lives.”

In an era where childhood bullying is at an all-time high – or at least it feels like it, regardless of whether or not it’s statistically true – hair loss due to whatever reason as a child is about more than how it looks on the outside.  The detriment can reach much deeper, to their inner sense of self, and their confidence in their ability to feel ‘normal’.

Recognizing this, Wigs for Kids has stepped in to do just what their name says… provide wigs, or what they refer to as Hair Replacement Systems for children who have experienced hair loss due to a medical issue… at no charge to them or their families.

While some might think that ‘fundraising’ in Second Life has little real-world impact, if you look at this Thank You Letter to Sasy and the Hair Fair team, you will see that in 2016, we as a grid donated $15,465.81!  That’s US DOLLARS, guys… not lindens.  Fifteen-thousand dollars.  That’s… amazing to me.

And we’re going to do it all over again this year.

Each year, prior to Hair Fair’s opening, they hold a photo contest for the chance to win early entry and some pretty fabulous hair prizes from some incredible sponsors.  The ad above tells you the prizes for the Top 10 photos (Top 3 and 7 runners up).  The theme for this year is “Wild Side”, and photos must feature an unnatural hair color.

I’m IN LOVE with this color combination, and this hair, so of course, I had to pull it out and snap it for one of a possible five (5) total entries I am allowed to have in the contest.

If you’d like to see my photo along with the others that have been submitted so far, you can check out the 2017 Contest Flickr Group.

If you’d like to enter the contest yourself, you’ve got until June 16th, 2017.  So there’s still a couple weeks!  You can find all the rules and important information on the Hair Fair Website, in a post dedicated to the contest.

Have fun, find some new favorite colors, and happy snapping! 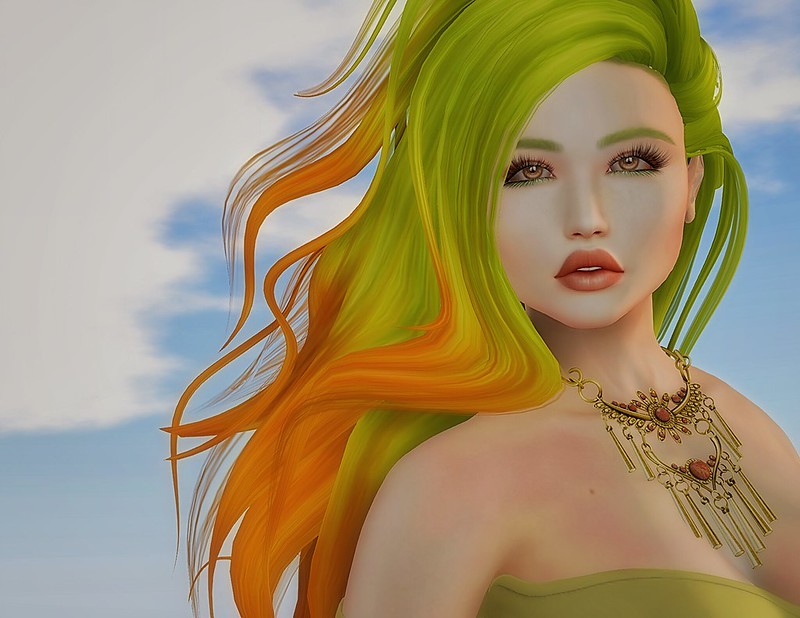