I’m more inspired for photos lately than I am for dance. And that’s saying something… usually I’m brimming with things I want to build or dance – but ever since my surgery it’s like… I don’t have the brain power, or the inspiration, or both. And I’m a little afraid it’ll never come back…

END_OF_DOCUMENT_TOKEN_TO_BE_REPLACED

I hope you’ll understand that I’ll be here
Not there in the kitchen with the girl who’s always gossiping about her friends
So tell them I’ll be here…
Right next to the boy who’s throwing up cause he can’t take what’s in his cup no more
Oh God, why am I here?

Everwinter Is fictional but Inspired By The Abandoned Amusement Park In The Real World City Of Pripyat, it is only [the artist’s] vision and not an accurate representation of pripyat or the chernobyl disaster.

Below are the actual facts about pripyat and details about the 1986 chernobyl disaster [taken from the info notecard received upon entering Everwinter].

END_OF_DOCUMENT_TOKEN_TO_BE_REPLACED

And I remember that day that saved us…
The way you kissed me, and the salt, it filled my eyes.
And we remember our California
The night we slept along the shore and washed away…

Yes, this is another one of those posts that I guess the title could be a little ‘click-baity’ cause it has nothing to do with what I’m blogging about.  My bad.  I’ve just been watching this show on Netflix called Switched At Birth, and I’m starting from the very beginning, Season 1, that I guess started in 2011 or so?  And a lot of the songs I really like… so I’ve been on a bit of a musical binge of the ‘soundtrack’ lately, and that particular lyric stuck out to me.

END_OF_DOCUMENT_TOKEN_TO_BE_REPLACED

Mention facts when you say my name or get found, boy
Can’t swim with the sharks… yeah, you gonna drown, boy
Had to leave the fakes alone… yeah, it’s goin’ down, boy
A hundred flows in case the haters try steal my sound, boy…

This is a little bit of a different post.  The photo didn’t quite get the… feel… that I wanted it to, but that’s just testament to how cute this skin is from AlterEgo.  -laughs-  I couldn’t make it look evil on my head!

Anyway.  If there’s anything I’ve learned in the past few years of SL… it’s that people will show you the side of themselves they think you want to see when they need you… you will never know the REAL person unless you hear it from someone whose ass they aren’t trying to kiss.

END_OF_DOCUMENT_TOKEN_TO_BE_REPLACED 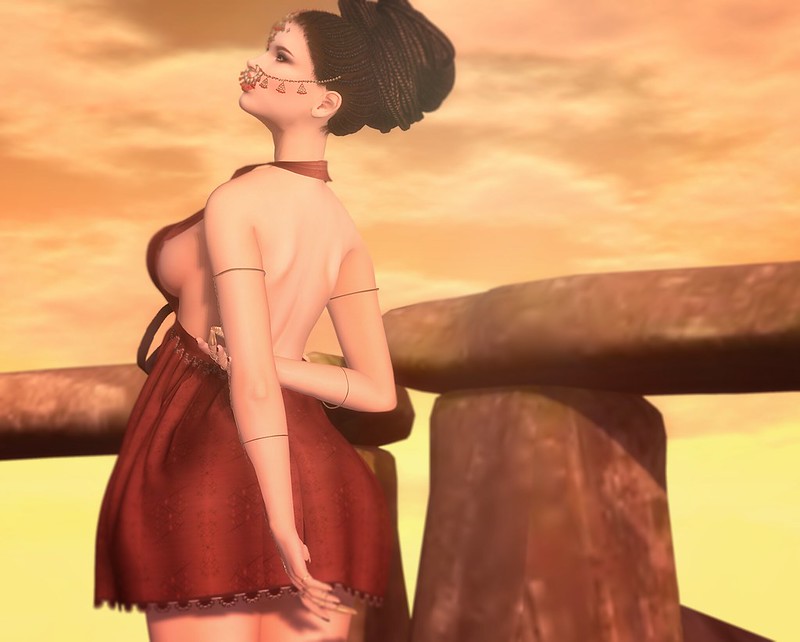 So.  One of the super exciting things that happened while I’ve been caught in externship hell, is that I was recently accepted into the blogging team for We ❤ RP!  Now, those of you that have stuck with me for awhile on this platform know that I adore fantasy and roleplay stylings when I get the chance to do them, so of course this acceptance was completely humbling and thrilling.

END_OF_DOCUMENT_TOKEN_TO_BE_REPLACED 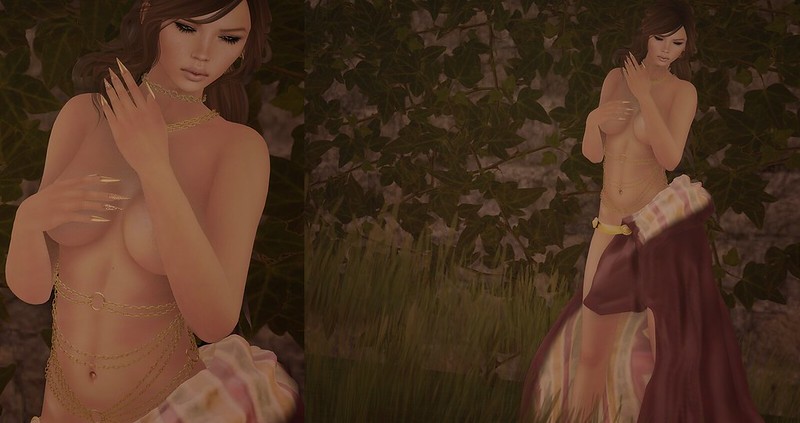 I’m back!  It’s been a hot minute, but I’ll get to that eventually.  For now, I wanted to go at something that will bleed into my next blog post… so I wanted to approach it in a bit of a creative way.  Lately I’ve seen a bunch of my favorite Youtubers take on NigaHiga’s “Roast Yourself” challenge.  I don’t have the bandwidth or internet speed to get a decent kind of recording for a Youtube video, but I still wanted to participate, so I figured I’d do it in blog form.

END_OF_DOCUMENT_TOKEN_TO_BE_REPLACED

Welp, I promised that I’d introduce you all to my second character in Realm of the Forgotten, my Paranoid Schizophrenic halfbreed… so here she is.  *Giggles*  She’s called Fae, but her true name is Faelwen.  She can be bound and controlled by her true name, so it’s really in her best interest that that not get found out by just anyone.

She’s a half-breed between a High Elf and a River Nymph, so she has Water Affinity, the ability to essentially communicate with water and control it with a bit of proficiency.  River Nymphs can breath under water, and also have an ability called Breath of Life, that is a kiss that allows someone to breathe under water for an hour.  However, River Nymphs also have the tendency to fall in love with landwalkers and then accidentally drown them… my suspicion is by using that kiss and then keeping them underwater too long.  *Laughs*  I’ve not had a roleplay like that yet, but it certainly sounded like it would be fun to play.

I wanted her to look mainly like an elf, though now with the introduction of hit points into the races, I’m thoroughly concerned that that will play against me when the app processors are assigning my hit points.  River Nymphs by default have 9, and Elves have 6 (while Humans have 8…?)  So I’m a little afraid that I will end up on the lower end of that spectrum because she appears mostly like the elf in her.  But I won’t know until the app processors get to that.

Oh, yeah… the sim is going through a massive re-roll of our characters because some improvements to the system have been made in preparation for coming out of Beta (super exciting!), so we’re all in the process of re-submitting character applications.  It helps some of us who may see some traits that we should have taken based on how we play their personalities, so I’m thoroughly interested in seeing how this goes.

I’ve not sat down to do my re-rolls yet.  But I know I want to keep Fae mostly the same.  A Paranoid Schizophrenic Prophetess… a Directionally Challenged Dreamwalker?  There are some amazing roleplays to be had with that.  ESPECIALLY since they’ve been working so hard on the Dreamworld skyboxes so we can actually roleplay out dream scenes.  There have already been some pretty interesting roleplays of Fae following her delusions around and ending up in some… strange places.

Because she is water and magic inclined, this gacha set from Zenith at the newest round of Fantasy Gacha Carnival was about the most perfect thing of the entire round.  Lol.  I managed to get every piece except the shoulders, and after watching far more lindens than I’d like to admit go into the machine, I gave up.  There is also a really neat hat that I wish I could wear with Fae, but her ears are too big and come up too high that they pierce the hat.  However it’s amazingly made and works so well to pull the whole set together.

Aside from being a Prophetess, the profession Fae uses to actually make money is dancing (me?  Play a character that’s a dancer?  NEVER!) so of course I’m always looking for things that fit her character but are still condusive for dancing, and so this outfit just… gah.  I can’t get enough of it.

She has zero weapon skills whatsoever, and when I first made her application, I actually took “Physically Weak” and “Battle Fear” both as weaknesses, however I think the staff on her back could perhaps aid in her attempting to be intimidating, which is something she does try to do when she’s frightened, and it can also aid in spell-casting, when I manage to earn enough character points to start teaching her higher level spells.

I’m looking forward to revamping and tweaking her just a little bit and getting back out to play her again.  She’s such a fun character, both to style, and to play.

Also, because credits in this post may be a little confusing, as most of it is the Zenith set, I’m going to include Zenith’s Gacha Key.  So if you don’t see something specifically credited, it’s likely a part of this set, under the “Outfit” credit.  Sorry if it’s confusing!

Location: Realm of the Forgotten
* I’m linking it for those interested in checking it out, but please keep in mind this is an ACTIVE roleplay sim.  This is NOT a photography sim.