For a long time, both in my SL and my RL I’ve tried to figure out this delicate balance between how I feel as a submissive, and how I feel as a ‘hopeless romantic’ in a more vanilla sense.  And let me tell you, it’s not exactly the easiest balance to find.

Today, you’re going to get some ramblings from my brain about romanticism and M/s relationships.

END_OF_DOCUMENT_TOKEN_TO_BE_REPLACED 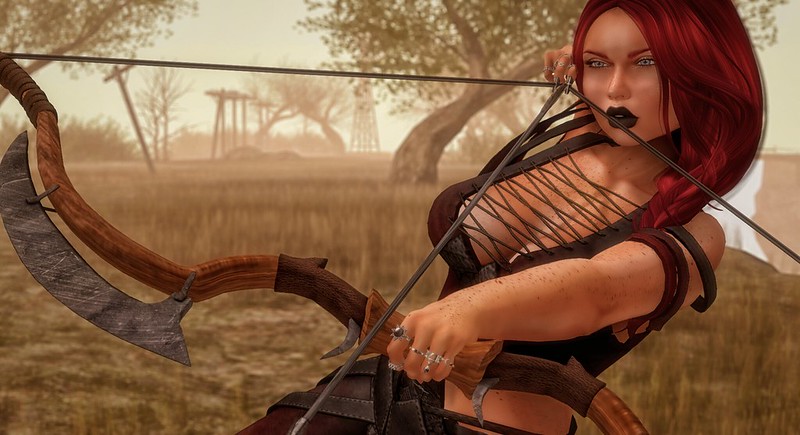 I just love how… harsh and raw this song is.  I’m pretty sure I’ve blogged it, like, 600 times, but it’s in my head lately because I’m pretty sure I’m going to dance it this weekend at the invitational Display of Riches in Teehra, so I’m trying to work it out.  It’s just kinda short… so some… finagling…

Sorry.  I might’ve gotten lost in music land for a bit.

END_OF_DOCUMENT_TOKEN_TO_BE_REPLACED

Don’t lose who you are in the blur of the stars!
Seeing is deceiving, dreaming is believing
It’s ok not to be ok.
Sometimes it’s hard to follow your heart
Tears don’t mean you’re losing, everybody’s bruising
Just be true to who you are! Things have been really crazy here, so thank you for bearing with me.  If you follow me on Facebook, you know a bit of what I’ve been dealing with, but if you don’t, let me give you a bit of a reader’s digest version.

I finally got set up with a therapist down here.  And she wanted me to see the nurse practitioner in their office.  Now, my doctor already has me on Wellbutrin twice a day for depression, but as of yet was not really treating anxiety, or pain I’m experiencing in my hip that I’ve had for upwards of 2 years now.  When I saw the nurse practitioner, she wanted to add Lexapro to better manage the depression… tons of people take Wellbutrin and Lexapro together, so she didn’t see an issue… and then she added Gabapentin (some of you might know it as Neurontin) to manage the anxiety.  And bonus, it also helps nerve pain, so it should help with the hip.

From the moment I started taking it on Friday, I was absolutely miserable.  But I told myself it was just like starting any other new medication… side effects that I would eventually get used to.  Sure, I nearly passed out in the middle of a Vanity Fair, and I was nauseous and dizzy and foggy all day, but I figured once I got used to it, things would ultimately be better.  I don’t really remember much of Saturday… but I remember sleeping a lot of it?  And then Sunday mom came over and the first thing I had her do was check my heart rate, because I had checked it and it was over 100, just resting.  Which, my heart rate is normally elevated, just from a general state of being unhealthy, but it’s normally, like, 85-ish resting.  Not 100.  She took it and said yeah, it was between 100 and 105… and my chest was hurting.  Not, like, gripping, shortness of breath, “I’m having a heart attack,” kind of pain… but enough to be concerning to me.

… Granted, at this point I was NOT having a panic attack, so hey, the meds were working!

But I punched my meds into a Drugs.Com app I’ve got on my phone to check all the interactions, and from what I could see, the way Lexapro interacts with my metabolism medication, it’s essentially known to ‘increase its effects’.  Which makes sense… cause my metabolism medication is said to effect you like speed.  Jitteriness, feeling like your heart is racing, excess energy, etc.  So to be shaking, and have my heart ACTUALLY racing – while concerning – still seemed normal, per the drug interactions we could find.

Mom leaves and later calls me and says, “I want you to stop taking the Lexapro.”  She had kept researching it, and essentially the way the Lexapro interacts with that medication does more than just intensify the effects… it actually begins to cultivate seratonin sickness, which I was apparently already showing early signs of.

So I stopped taking that as of yesterday morning, and in the afternoon, called mom cause the chest pain was back again.  Granted, the Lexapro could potentially still be in my system, but at that point, mom was just like, “You know what, I want you to stop taking the Neurontin too, until we can see the doctor and see what he thinks.”  So now I’m back to having unmanaged anxiety and pain… but at least I don’t feel like at every turn I make I could push myself too hard and end up screwing up my heart.

Heart disease exists in my family history on both sides.  So I’m pretty much fucked either way.

But yeah… I’m sorry I was absent for awhile… and off the grid for a week straight… I was just mostly resting, and stuck in bed dealing with symptoms.  Dizziness, nausea, my mind was so foggy half the time I’d have the idea, “I need to log in tonight for xyz,” and then 5 minutes later I’d forget I even thought about it… I swear it was like a long-weekend-long taste of what dementia must feel like.

And it was terrible.

Blogging Tune: “Who You Are” Jordan Smith (Jessie J Cover)

My life flashed before my eyes
Razorblade lips and daggers up in your eyes
Baby your love is a crime
Danger by day, but you’re evil in the night… “Switch to the improved posting experience!”  God no!  I like my posting experience the way it is, thank you very much.  I’m already more than a little irritated at the two successful hacking attempts into my blog that has now forced me to move back to the WordPress.Com platform and re-syndicate my blog with everyone… again.  I’d like to not have to learn new posting experiences.  Lol.

One step at a time, WordPress.  Please?

Anyway.  This is an entirely new look for me, yeah?  Haha.  Some of you might remember my Facebook post the other day (a week or so ago?) about the Fantasy RP sim that Rodric and I found.  I have two characters there, both on Tivi’s avi, just different appearances and different slots on the roleplay HUD for her information, but this is one of them.  Her true name is Jerijah, which literally means “fear”, and she goes by Ijah, because she can be bonded and controlled by anyone who knows her true name.  She’s a demoness who doesn’t exactly… eat?  She feeds solely on fear.

Though how she harvests said fear, as she is learning, can tend to drive people a little bit insane.  So that’s always fun.

She is the darker side of me.  When I’m angry, upset, stressed out… when I just want to throw things or beat things with sticks (ask Rodric… it happens more than you might think), it’s a nice outlet to go and be able to roleplay a character that is simply, for lack of a better term, a frigid bitch who gives zero fucks about anybody else.  And when she doesn’t feed for an extended period of time?  She becomes extremely violent and psychotic (a racial trait), so that can be fun to play as well.

Plus… do you see her?  The styling opportunities are tremendous!  *Giggles*

Here shortly I plan to show you my other character as well, Faelwen, as soon as I can get some good pictures of her.  I’m sorry I’ve been neglecting this blog for so long.  As you all know, shortly after my last post, I went to housesit for my parents for a week, so I didn’t have access to my computer, nor my internet connection for most of that.  Then when I came home, I was home for less than 24 hours before I ended up with a fever of 104.5 and my mother came and got me to take me back to her house.  I was literally held captive (well, not literally, but it felt like it! lol) until my fever was down and stayed down without being pumped full of antibiotics and ibuprofen, which lasted about 3 days.  When I got home, the storm that rolled through the day before knocked out my internet.  And when I say knocked it out, I don’t mean like, “Oh, it was a signal problem that a tech fixed the next day.”  I mean, literally, something nearby got hit by lightening, and it took 4 days to get someone out to fix it.  Lol.  From there, I’ve simply been attempting to get back into the swing of things, adjust to new medications after finally getting to go back to a real doctor, and was busting my ass on a project… that I am no longer working on.

But we won’t go into that project.  Because the whole situation surrounding that mess makes me angry.

Either way, I’m back and blogging again, and hopefully will introduce you to Faelwen soon!  And I’ll blog my MVW audition outfit with a bit of a recap on how that went and what is going through my head as this journey begins.  And and and… so many post ideas!  So excited.  ❤

Location: Realm of the Forgotten Fantasy RP Sim
* I’m linking it for those interested in checking it out, but please keep in mind this is an ACTIVE roleplay sim.  This is NOT a photography sim.