Charlotte, would You still care
If You knew i was hurting?
i miss my Friend, it’s like i’m missing
Parts of me i didn’t know
And now i’ve got to let them go
But i…
i just wanna know if You’re still fine… 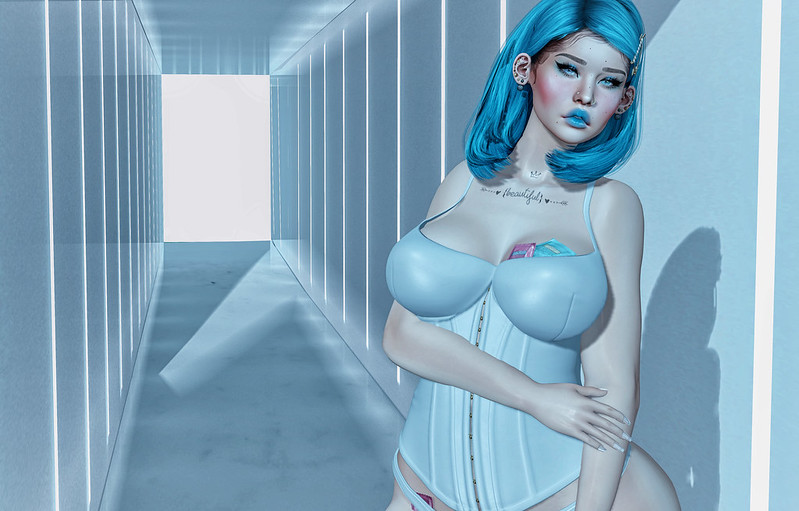 i don’t have another way to get to You…

END_OF_DOCUMENT_TOKEN_TO_BE_REPLACED

Who’ll be reckless, just enough
Who’ll get hurt, but who learns how to toughen up
When she’s bruised and gets used by a Man who can’t love
And then she’ll get stuck…
And be scared of the life that’s inside her
Growing stronger each day, til it finally reminds her
To fight just a little to bring back the fire in her eyes
That’s been gone, but used to be mine…

Finally back to myself a bit after an unexpected 5-day stint in the hospital, followed by some intense antibiotics at home.  i’m sorry it’s been awhile, but i’m going to work to play a bit of catch-up now that i can function even with the side effects.  (i’ll take dizziness and nausea from oral antibiotics over having to stay in the hospital on IV stuff, tbh.)

Before anyone asks, yes, this is on my list of things to dance eventually.  Lol.  Y/you already knew.  i wasn’t trying to get in my feelings with this song tonight – really, i wasn’t.  You can tell from the way the photo was uh… well, look it’s kinky as fuck.  Lol.  But then this song happened…

END_OF_DOCUMENT_TOKEN_TO_BE_REPLACED 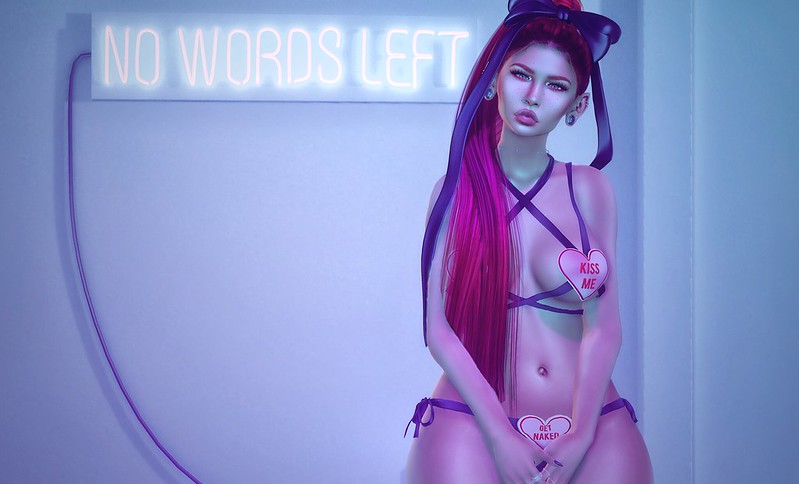 i’m obsessed with this hair.  Sorry, not sorry, if Y/you see it more often in my SL and in future posts in various configurations.

END_OF_DOCUMENT_TOKEN_TO_BE_REPLACED

So pull me up from down below
Cause i’m underneath the undertow
Come dry me off and hold me close
i need You now, i need You most 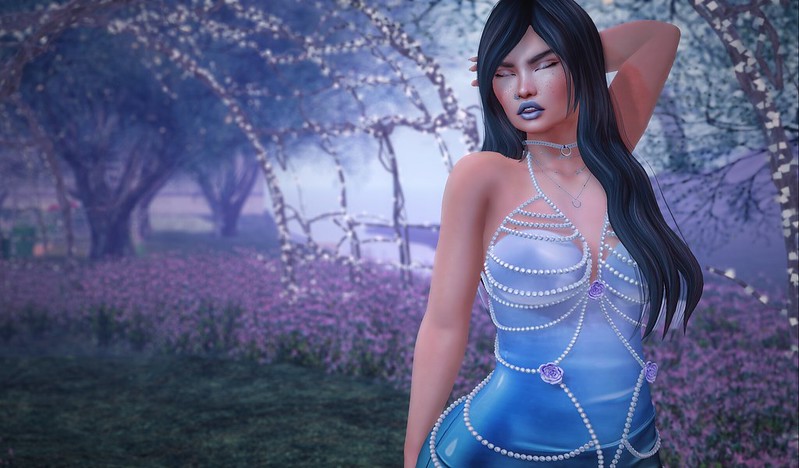 So… Avril Lavigne released new music.  That was a thing that happened in the last couple of weeks.  After HOW many years?  Right, let’s all revel in that for a moment… especially since this song is… amazing.

END_OF_DOCUMENT_TOKEN_TO_BE_REPLACED

These days are slow, but the night moves way too fast
Need to know You want me here before I ask…

I went to Tannenbaum for a tree… I literally just went for the tree… and wound up with the tree, the decorations… the hair… the face makeup… and other stuff that I’m not even wearing at the moment.

And all I did was go for a damn tree.

END_OF_DOCUMENT_TOKEN_TO_BE_REPLACED

So I’ve been thinking that I think too much
And I can’t sleep, but I can dream of us
And I’ve been seeing shit like horror cuts
It’s burning down… I gotta drown this out…
And You said You need me to let this go
But it’s who I am, or am I just losing it?
Cause You said ‘jump’ and I went first, but falling’s always been my downfall… 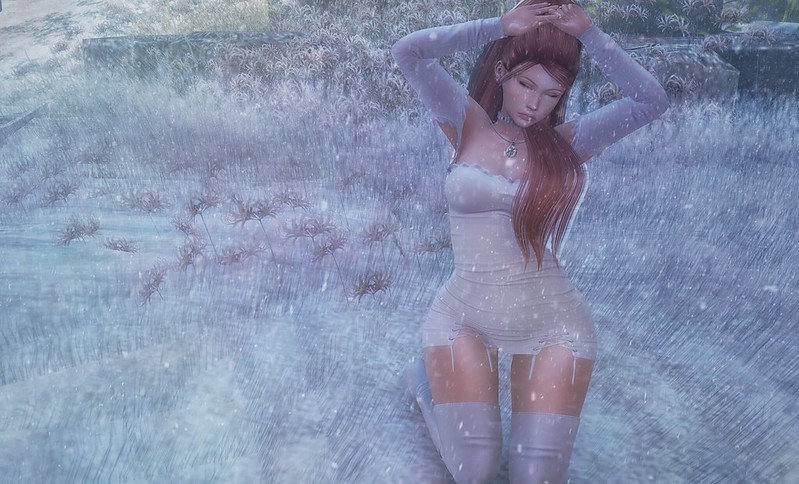 I don’t really know what to say in this post… which is ironic because I’ve been offline for almost a week, so there should be lots to say, right?  Like, I’m behind…

But I dunno… I just got home from a mini vacation to Mississippi this weekend, so maybe there are some stories to talk about there.

END_OF_DOCUMENT_TOKEN_TO_BE_REPLACED

For a long time, both in my SL and my RL I’ve tried to figure out this delicate balance between how I feel as a submissive, and how I feel as a ‘hopeless romantic’ in a more vanilla sense.  And let me tell you, it’s not exactly the easiest balance to find.

Today, you’re going to get some ramblings from my brain about romanticism and M/s relationships.

END_OF_DOCUMENT_TOKEN_TO_BE_REPLACED

Been about three days and I’m comin’ back
I’m about four minutes from a heart attack
And I think You make me a maniac
But You don’t know.

Don’t bust my balls for one picture in this post.  I was zooming in to take a closer picture of the face/hair and Black Dragon crashed on me.  (Shock shock!  A buggy viewer crashed!  Never!  Lol.)

The point of this post is pretty hair, pretty skin, pretty tattoo, and you can see all of that in this photo.

END_OF_DOCUMENT_TOKEN_TO_BE_REPLACED 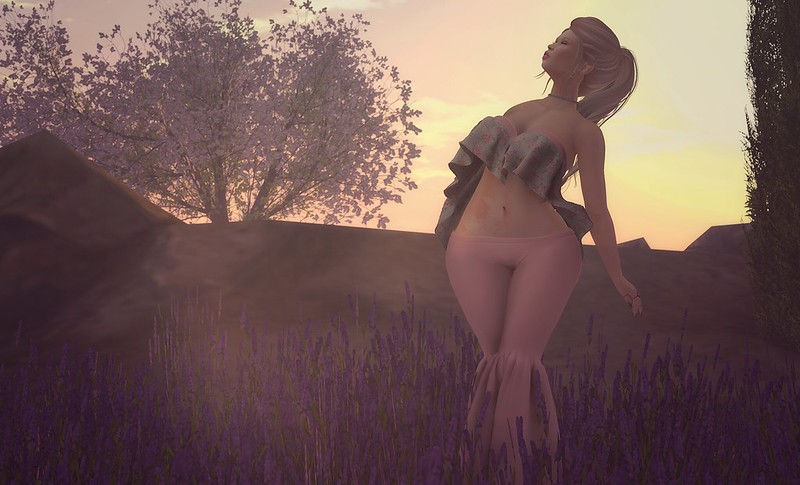 It’s been a loooooong time since I’ve given you guys a really good story.  Like… one of those stories that really sucks in the moment, because everything that could go wrong, did… but in the end, I can look back on it and laugh.

It wasn’t until I told Nova the entire story over the phone this evening that I realized JUST how ridiculous it was… so I HAVE to share it.  Lol.

I hope you get a good giggle at my expense…