You need to get Your conscience clean, but just spare me the details, please
i wanna keep remembering this Perfect Day…
i’m not the type to be left speechless, but i don’t think i can deal with this
It’s all the closure that You’ll get, this Perfect Day…
Justifications veiled as apologies; i don’t wanna cause a scene
Please let me go, i just wanna leave this Perfect Day… 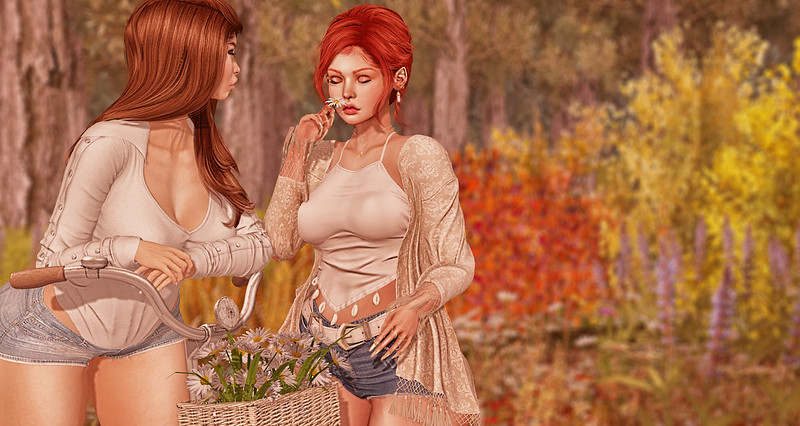 Lately, i’ve been learning a lot and doing a lot of self-exploration.  i want to share an iteration of a journal entry i wrote recently with Y/you A/all.  i go back and read some of my posts here from this time a few years ago and if Y/you would’ve told me that this is where i’d end up, i would’ve laughed at Y/you.

Things seemed so perfect then…

i used my Safeword the other day.  And immediately i felt like a failure.

A Valet came into the Chateau to see me, checked in, and as i’m coming to the end of my assignments He asked me if there was anything i wanted to work on while i was in here that i hadn’t gotten to address with my assignments yet.

i’ve been asked this question before… and i’ve given a genuine, honest answer, only to have Masters not return after hearing it.  (Cue the Insecurity Tango.)

i feel like in relationships and even general interactions sometimes with Dominants i still attempt to retain a level of control.  Not full control – but just a tiny piece.  If Y/you’re new here, a couple of years ago i found myself ‘getting to know’ a ‘Dominant’ who, for lack of a better way to summarize Him, masks mental and emotional abuse as ‘Sadism’.  A large part of my interactions with Him included Him gaslighting me about things i did and did not consent to.

It was like a giant circle.  Something would cross a line and upset me, i’d go to speak to Him about it, i’d be told i consented to such and needed to continue to work on myself until i could accept what i’d agreed to, i’d try to do that… because you know, it was always my fault, right?  If i dared seek outside opinions from O/others who knew Him i’d hear the same thing: “He’s a Sadist, you’re a masochist.  This is what you signed up for.”  It got to a point to where i was questioning myself… did i actually consent to the treatment i was receiving that i was classifying as abuse?  Is this just Sadism?

i don’t think i would’ve let it go on if i hadn’t been absolutely enamored with Him for at least a year before i actually admitted my feelings to Him.  So while the experience didn’t last as long as others have had with Him, it felt like it was longer because it was simply a culmination of everything i’d been feeling for the last year prior.  i worshiped the ground that Man walked on… any moments i got with Him, like actually physically with Him (as much as one can be physically ‘with’ someone inworld, that is…) were, like, perfect.  It was like He knew exactly what i needed in those moments He’d spend with me… just enough to keep me close by and following along, nipping at His heels… only to turn around and create another situation in which He crossed a line later on.  And the circle started over again.

The gaslighting was so deep.  It took a long time to fully pull myself away from, “It simply didn’t work out,” and realize, “He was abusing me and my consent and my submission.”

Since then, i’m incredibly wary with Dominants… to the point that my ‘retaining a level of control’ seems to come in.  It’s like my mind figures if i still have that little tiny piece of the control, then i can’t be convinced that the situation is really something else.  i can’t be blindly abused again.  Right?

But the problem with this retaining of control… i.e. holding this piece of myself back from a Dominant, rather than handing it over and having it delegated back to me… is, to me, Topping from the Bottom at best, and being a terrible submissive (again, to me, in my anxiety-addled brain) at worst.

So i briefly word-vomited at this Valet about wanting to work on truly giving over my control more fully.  Much to my surprise, He didn’t shy away from the topic like Others before Him had.  (After all, Who usually would want to engage with a submissive that is actively admitting to potentially Topping from the Bottom?)  He double-checks any limits i had in addition to the sim limits that govern my time in the Chateau and then states, very overtly, that W/we will be doing a scene, and within that scene He will be doing whatever He likes with me, as long as nothing crosses a limit.

He asks for my agreement.  i agree.

He informs me another Valet will also be joining in the scene.  He asks, again, for my agreement to this addition.  i agree.

i was excited.  This, for me, was a chance to truly let go with two Men i had grown to trust at least baseline during my time within the Chateau.

A situation transpired where something made me uncomfortable and so i used my “Yellow” to pause and change direction, and when the original Valet i negotiated the scene with left the room to try and alleviate the discomfort it increased my panic and i used “Red” to stop the scene.

i felt the anxiety spike.  i felt myself hyperventilating.  i immediately felt stupid and ridiculous… and like i’d failed the entire point of the exercise.

But this is precisely why you are not your sole assessor in the Chateau.  Yes, your opinion of the things you’re learning and the growth you’ve experienced is taken into account, but you are assessed by T/those around you as well.  The original Valet sat me down and one of the things He said is that He was actually proud of me, and saw no issue with my giving up my control.

i had to tilt my head.  i’m sorry… no? issue?  He went on to explain it in a way i couldn’t think of in my emotional state at the time…

Something happened in the scene before i became uncomfortable that would’ve made a lot of other submissives shy away, and i barely batted an eyelash at it.  In fact, i enjoyed it.  i enjoyed the feeling of where the scene was going.  He felt, in that moment, i was truly turning myself over to Them as completely as one can do in that situation.  It was only when i perceived that the trust between He and myself was broken when He left the room that i started to panic and pulled back.

This doesn’t make me topping from the bottom… or a terrible submissive… or have an issue giving over control… it makes me a person with a past, just like A/anyone else.

So, sure, i have to develop a deeper level of trust with Someone that perhaps others might in order to fully give of myself… but that isn’t an insurmountable obstacle like it felt like before.

i seem to have learned the most in my “failures” during these last few months.