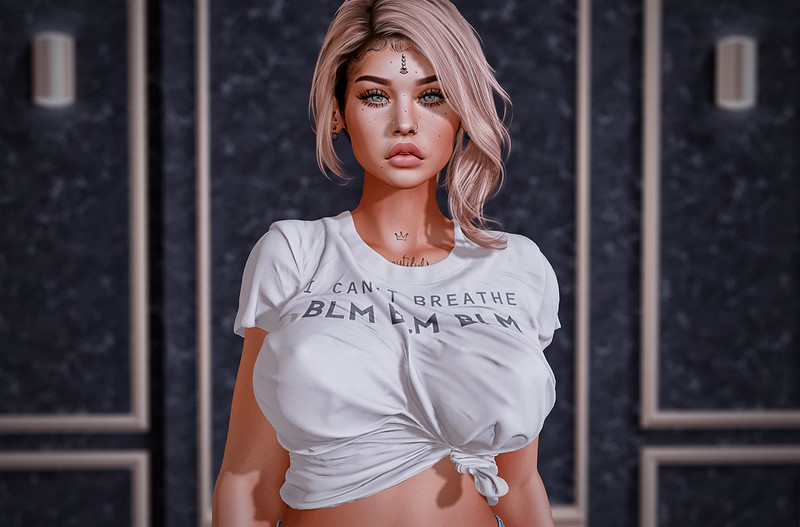 i took this title from the title of a Pewdiepie video.  i didn’t actually watch the video, so i’m not sure of the context, but the title just seemed to speak to everything that was on my heart right now.  Consider this a disclaimer.  i suppose i should also add a trigger warning… but i’m not sure what for?  If you don’t like being reminded of your privilege, i guess?

i’ve told a little bit of this story before to individuals – but after hearing more and more from people that the silence of their white friends is more hurtful than it is anything else… well, here we go.

i grew up in a super sheltered town in Indiana.  Y’all remember Indiana exists, right?  i feel like Indiana is one of those states that just kinda exists and people can mostly forget about it because bad shit doesn’t really happen there, not to this magnitude anyway.  Indiana got a lot of attention around businesses trying to get away with discriminating against homosexual and other non-heterosexual couples… and then there’s the business of Mike Pence being from there… but otherwise, for the most part, Indiana just… exists.

And that’s kinda how it felt to grow up there.  We were just kinda… there.

i grew up in a town that mostly had Democratic people in it, so we learned how to treat people nicely, no matter what they looked like, how much money they had or didn’t have, etc.  We weren’t clouded by corporate greed, unless you count the fact that the most fun thing to do in our town on a Friday night was hang out in a Walmart parking lot.

At the time i didn’t realize just how much my shelter contributed to my privilege.

i’m like the epitome of, “If i can’t see it, is it really there?” right down to my mostly-Agnostic ways.  Religiously, you can’t prove to me the existence of a God, but you can’t disprove it to me either.  i ignorantly apply that view to the rest of my life, for the most part, if for no other reason than the fact that i don’t read social cues very well… i don’t read people… i lack the wiring in that part of my brain that lets me read non-verbal communication signals and other things that are so normal for people, so it’s a lot easier to rely on proof that can be visibly put in front of me.

Anyway, i’m digressing.  What i meant is that i didn’t really realize how prevalent racism still was until moving to the South and seeing how much different ‘red’ states are than ‘blue’ ones.  It’s… appalling.  At the very least.

Then 2016 happened and it was like everything was magnified tenfold.  It’s amazing – and i don’t mean that in a good way – how bold people become when the person sitting in the highest seat of power in the country enables them to believe that their way of thinking is correct.  Everything that occurred, i suspect, in secret conversations amongst similarly-believing family members and friends, was now suddenly open season across social media and public forums.  It was like people of other races became second-class citizens before my eyes and i still had no idea what to do about it.  i didn’t know if i even COULD do anything about it.

i still remember the day the Cheeto announced his candidacy for President.  i’m doing laundry with the tv in the background and i hear him rambling about illegal immigrants.  But then in a sweeping statement seemingly about all Mexicans in general, he says, “… they’re murderers… rapists…” and i had to stop, stand up from being hunched over the dryer, and stare at my tv like, “Did that really just happen?”  i figured the American people would be just as disgusted as i was and that his candidacy would be seen as a joke.

It never, not once, occurred to me at the time that he would be taken seriously.  And that so many people would agree with him.  And that he’d get ELECTED.  And that we’d be sitting here 4 years later wondering what the fuck happened.

And with his radical, racist (and sexist, but that’s a different story) views came the boldness of other radical racists.  Unfortunately, there is no employment questionnaire about your level of racism in order to apply for certain jobs, police officers included.

The thing about upholding the ‘law’, is that if your President believes that 12%-14% of your country is somehow worth less than 72% of the rest, the law suddenly looks a bit more distorted than it should.  When you have a President that agrees with your racist views, suddenly it seems ok to mistreat Black people and other minorities.  Because, after all, you’re upholding the law, and if your President agrees with your mindset, then isn’t that all that matters?  What’s written as actual law is so rarely looked at until court cases come about… what governs day to day actions are what is socially acceptable.

Most people know being drunk and disorderly in public is wrong, but they can’t tell you where in their state or local law that it says it’s wrong.  They just know it’s wrong because it’s socially unacceptable.  Same thing with most everything else.  When things are socially acceptable, people are more apt to turn a blind eye.

And here we have George Floyd.

It sucks to live in a society where 3rd Degree Murder is the highest charge we can seemingly get on a man who killed another man in cold blood.  1st Degree Murder requires that one can prove premeditation, and 2nd Degree Murder requires that one can prove an emotional response.  But explain to me how racially driven bullshit like what happened to George Floyd on May 25th, 2020 was not the result of a pre-existing mindset of racism and an emotional execution of that mindset.  If that were a white man beneath that officer’s knee, he certainly wouldn’t have been there for 8 minutes and 46 seconds while crying out about how he can’t breathe and calling out to his dead mother.

But i stayed quiet.  For a long time in comparison to others.  i will be the first person to admit that i am woefully ignorant on a lot of social issues.  But when they come to my attention, i do my research, i look into things, i want to see for myself what’s going on.  Some would find that noble – having all the facts before speaking on something or even developing an opinion.  Some would call it a cop-out and an excuse to stay quiet.

Both would be justified.

The thing about privilege is that you don’t have to revel in it or take advantage of it for it to exist.  It just… does.  i can walk around any retail store that i want to and 99% of the time, no one will follow me around.  Perhaps a commission-based salesman trying to make a sale, but no one will follow me like i’m suspicious just because of the way i look.  That’s privilege.  Did i do anything to cause it or invoke it?  No.  Did i pull out my, “Oh, i’m white,” card to make people leave me alone?  No.  They just did.  Because i look a certain way.

My privilege as a white person in America will always exist whether i want it to or not.  Simply because i happened to be born to white parents and be white.

And so how could my privileged ass even BEGIN to speak on anything going on right now as if i have a modicum of an idea of what it’s really like?  i can’t.  Because i don’t.  i can scream at the top of my lungs about how much it sucks.  i can rant about how fucked up it is that people can get away with shit like that.  i can check people who try to turn this terrible tragedy around on its head and try to place the caveat of “all” lives mattering, “not just” black lives, but like… am i really the person to do that?  Or would i be championing a cause that isn’t mine… without truly knowing the struggle.  i can see it around me, but i’m not in the trenches with it, dealing with it on a daily basis.  i don’t get those side-eye looks on the street.  i don’t experience those racially-charged micro-aggressions, so who am i, in the grand scheme of things, to take up a torch and try to fight for you?

That was an ignorant mindset.  Clearly every voice possible is needed because apparently the cries for justice and acceptance and equality aren’t loud enough, or everyone who can do something about it is just too damn deaf to hear or care.  So while i sat in my cone of privilege thinking that my voice wouldn’t mean anything, others are outside just screaming for the right to be heard, the right to be valued.

i was unknowingly devaluing those that i consider friends by not being willing to fight with them.  It was like looking them in the eye and saying, “I love you, but…”

And that single word… but… threatens to destroy every good intention that came before it.

i was scrolling on Facebook today before sitting down to write this post, and i saw something that really spoke to me, concerning the word “but”, or the idea of “but” even without using the word.  And i’m going to end with that idea, so that maybe it will help you to think about it in a new way, like it helped me.

“Black lives matter” is a complete sentence, and i will not undo it with the word “but”.

Shape || Mine
Body || Freya Body (v5.2) | Belleza
Head || Genus Head Baby Face W001 (v1.7) | Genus Project
– Genus heads are currently still unavailable for purchase.
Skin || Doutzen Skin (Honey Tone) | Bold & Beauty
* Hair || Vigil Hair (Blonde HUD) | Stealthic | new!
* Top || Black Lives Matter Shirts | Blueberry | get the shirt here!
– Blueberry did not make this shirt for profit or recognition – she removed any branding from the shirt name and package name.  i leave her store name as a thank you for the creation, but i will not link to it to respect her selflessness.  Instead, you can find the shirt at the link provided.
Forehead Jewel || Jahanara Bindi | Swallow