Don’t get carried away, no
I’ll only let you down
Certain circumstances got me feeling low
Don’t take it personally… 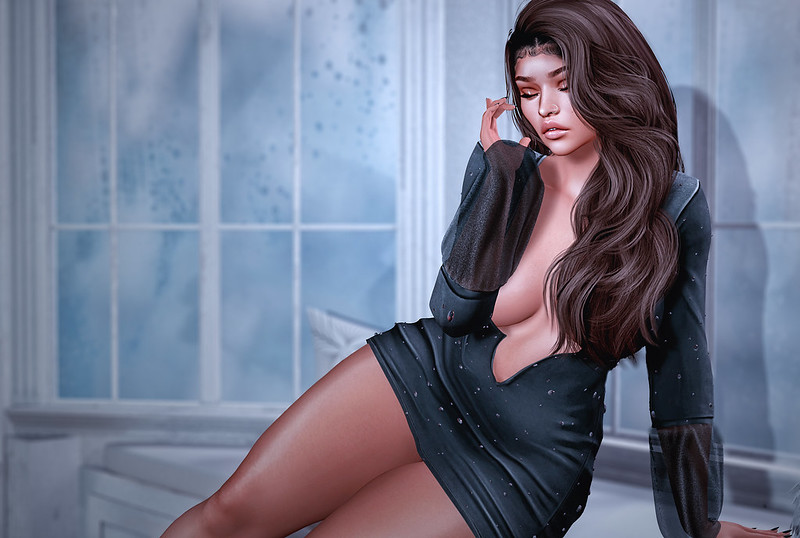 i think it’s time to finally get real about a few things.  If you’re easily triggered by talks of Mental Health, then this likely isn’t the post for you.  Scroll down and grab the credits you want and i’ll see you next time.  For E/everyone else?  Buckle in…

It’s occurred to me lately that i don’t think P/people really realize what i deal with sometimes, in being Bipolar.  And no, i don’t just mean meme-Bipolar where, “Haha isn’t it so quirky, she’s sweet one minute and mad the next.”  i mean, like, actual Bipolar.  Like, “some sometimes it takes everything in me to get out of bed and sometimes i’ll stay awake for three days” kind of Bipolar.  And then to add a Tier-2 diagnosis on top of it just makes it a whole other bundle of crazy to try and live with and make work.  So let’s break it down a little bit.

The National Institute of Mental Health (NIMH) defines Bipolar Disorder as, “a mental disorder that causes unusual shifts in mood, energy, activity levels, concentration, and the ability to carry out day-to-day tasks.”  Already you can start to see that it’s far more than just mood swings, as is the stereotype that is exaggerated in the meme culture we live in on social media.  It’s a serious mental disorder that affects more than just your moods, even coming down to affecting your ability to do day-to-day, run-of-the-mill shit.  So earlier when i made the comment that sometimes it takes everything in me just to get out of bed?  i wasn’t kidding.  The downswing is just that low sometimes.

The particular variant of Bipolar Disorder that i have is Bipolar II Disorder, which is characterized by, “a pattern of depressive episodes and hypomanic episodes, but not the full-blown manic episodes that are typical of Bipolar I Disorder,” again according to the NIMH.  In this way, i’m lucky in that my manic episodes don’t involve sexual promiscuity, extreme risk-taking behavior, and other more serious manifestations of mania… but it doesn’t mean that the disorder is any easier to deal with.

My depressive episodes occur far more often than my hypomanic episodes, especially with the introduction of medication.  The medication seems to do great at controlling the highs and making them not so high, or not as often, but it has yet to do much for the lows.  And that’s fine – that’s where re-calibration of medication comes in for someone dealing with Bipolar Disorder, but that alone can be a lengthy and painstaking process.  It’s one i’m currently going through, and will certainly stick with for the betterment of my health, but it’s certainly not an easy or fun experience, so please don’t ever think it’s just as simple as prescribing a medication and that’s it.

So when i’m in a depressive episode, the last thing i want to do is, frankly, anything.  Anything that i continue to do from day to day… any work that i put in to any organization, group, or sim, is something that i am forcing myself to do because i love that group, organization, or sim… and i’m just kinda hoping that the medication does its job and gets me through it.  In reality, i’d like to just stay in bed and hide from the world.  Let myself decompress.  Be alone.  But i don’t let myself do that.  i keep going.  i keep trying.  So even if you don’t think i’m doing enough… even if you think i’m dropping the ball, i don’t think you truly understand just how much effort i’m putting into doing the things that i AM doing.  Your lack of understanding of my condition does not make this any less of a reality.  It does not mean that i’m putting in any less effort than anyone else just because you don’t see it.

In fact, 99 times out of 100, i’m putting in more effort to combat myself… to then turn around and do the things that i’m doing.  But you don’t see that.  And that’s not your fault.  That’s part of why i’m writing this.

On top of Bipolar II, i have a secondary diagnosis of Borderline Personality Disorder, that cannot be treated with a medication.  So if you’re keeping score at home, i deal with depressive episodes, hypomanic episodes, and then Borderline, which is defined as, “an illness marked by an ongoing pattern of varying moods, self-image, and behavior,” according to the NIMH.  So you can see the similarities here, but let me point out some of the significant markers of my issues when it comes to Borderline.

One of the biggest things P/people like to scream at me in an argument is that, “Things aren’t always black and white, Tivi!”  On top of my lack of emotional quotient provided by Asperger’s (something i’ve discussed extensively already and don’t feel the need to go into again), add Borderline on top of that, and you’ll see patterns like the following: “People with borderline personality disorder also tend to view things in extremes, such as all good or all bad. Their opinions of other people can also change quickly. An individual who is seen as a friend one day may be considered an enemy or traitor the next. These shifting feelings can lead to intense and unstable relationships.”  The thing with Borderline is that your brain will make you believe there is no such thing as a good person who does a bad thing.  If they do a bad thing, they are automatically a bad person.  It doesn’t matter how close we were before, or how many good things you do.  The moment that something bad happens, you’re suddenly a bad person.  And it’s a fight like hell to try and go against that thought process in your brain.

My therapist combats this idea with, “Is that reality, or is that your perception?”  Because when i’m forced to think about the reality of a situation or a person, that is where i can justify them with the good things they do, the good person they’ve been.  i can remind myself of the reality that mistakes happen, and i can gradually talk myself back into alignment.  But in the heat of the moment?  It’s not my instinctive reaction to do.  i had to backspace so much above when i was talking about the way i perceive people treat me when i’m in a depressive episode and they think i’m not doing anything or i’m dropping the ball, when in reality i’m trying SO hard just to keep doing the things i’m doing.  My instinct is to be defensive, and to attack in order to defend.  To try to brow-beat those P/people into seeing the way they’re making me feel.  The intensity builds up inside of me so much to the point that when i’m having conversations sometimes, my brain just breaks… like it actually feels fuzzy, my face gets numb, and i don’t really know what’s being said until it’s said and i’m reading it back.

That’s not an excuse.  It’s just reality for me.

So why do i bring any of this up?  Why do i seek to describe these Disorders in more detail and admit to being someone who deals with them?  Lately, i feel judged by some of the P/people i care the most about.  And i wonder if some know about this side of me.  And if they do, i further wonder if they truly understand what it means.  So rather than try to have this conversation 6 or 7 times, i figure maybe i could just put it out there publicly.  Those who i want to see it will see it, and maybe some others of you who need to see it for one reason or another will see it and be a little gentler with those P/people in your life that might be like me.

Please know that if i haven’t completely told you to go fuck yourself, or i haven’t completely given up every project that i’m working on with you, then i care about Y/you deeply and the work that i’m doing.  Know that i care about your sim, your group, your organization in a way that makes me WANT to combat the depressive times.  So please, if i’ve asked you for anything before, please stop looking down on me or mentally penalizing me for things beyond my control.  i’m on my meds, i’m in therapy, i’m doing the work.  You’ve just got to be patient with me, and understand i’m doing what i can.

That’s all i ask for from Y/you.