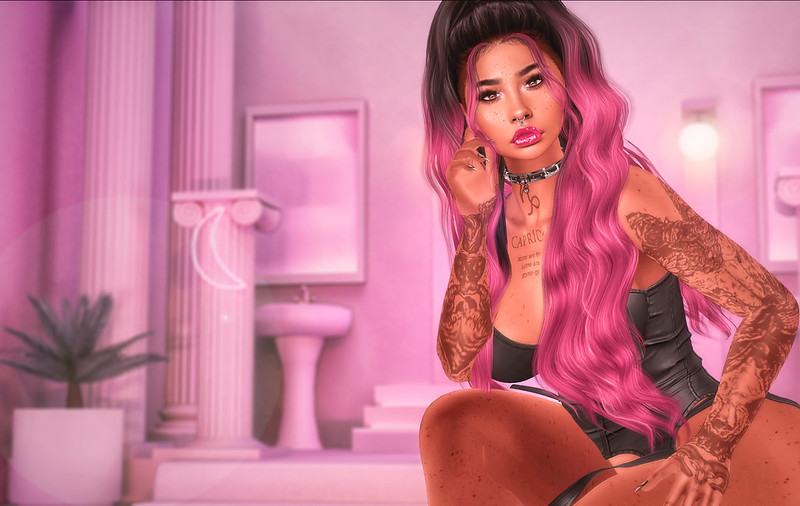 Funny thing about half-truths… they always come out eventually.  Whether it’s half-truths Y/you’re telling a romantic partner/potential romantic partner, or half-truths Y/you’re telling Y/your F/friends and A/acquaintances… they will always catch up to Y/you, because eventually Y/you’ll forget which lies Y/you told to cover up the last one, to cover up the one before that, to cover up the first one.  It will all just get too much, and Y/you’ll slip.  It always happens.  It’s why i don’t understand why P/people even bother to begin that nightmare chain in the first place.

Take a former friend for example… even something as simple as acting like a submissive woman… acting like they wish to be of service… when really submission is a means to an end.  “Submission” is simply what gets them attention in our particular Community.  Here’s a little hint, if you feel your little illusion shattering…

… an actual submissive doesn’t run around touting about how much of a ‘natural submissive’ they are.  1.) they don’t have to, and 2.) most find it distasteful to be that boastful.  That’s ego – not submission.

And to the Dominants that entertain this kind of person… i understand that Some of You do so because You haven’t quite seen through the illusion yet, but allow me to impart upon You a story that my former Master once told me…

Strippers are compelling.  Like… incredibly compelling.  They make a living from being exactly the kind of temptation that men and women need and want – it is literally their job to tempt you into giving them money and attention.  As such, this makes them incredible charismatic, persuasive, and, again, compelling individuals.

But unfortunately all of those compelling attributes are surface level, at best.  There is no substance to any of that.  It is a means to an end – it’s a job.  Most good men (and women) know better than to marry a stripper.  At least not without getting to know the actual PERSON outside of work hours.

(Side note, i’m not anti-stripper.  Those men and women work hard, and have their own, separate lives outside of their work.  This is solely speaking on work personas.)

In the same way, these attention-seeking ‘submissives’ who are simply using the label as a means to an end are surface-level at best.  There is no substance to them.  No depth to their fantasies of power exchange… because it’s just that, a fantasy.  They usually have zero RL experience in an actual community or power dynamic… they usually have no actual submissive characteristics.  Instead, they’ll flit from Dominant to Dominant, entice them for awhile, and then when they get bored – or found out – they move right along to the next.

Far too many an intelligent Dominant has fallen prey to a ‘submissive’ like this.  i’m watching it now.  And being quiet is probably one of the hardest things i’ve ever had to do…

… Though i guess this post isn’t exactly ‘quiet’… oops?