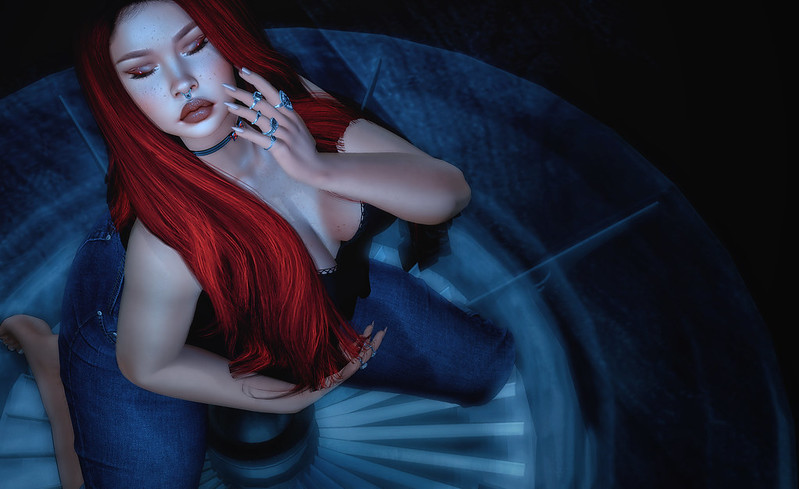 i’m not used to not getting what i want in dance.  And as self-centered as that sounds – let me explain.  i’m not used to competing, as i don’t do so very often anymore.  Most of the time, i’m performing in a theater with a group of like-minded P/people, just for fun and the love of dance (and sure, the tips don’t hurt).  It’s not often i put myself out there to be judged anymore… and yesterday reminded me why.

There are several… kinds… of Gorean dance.  And there are several dance styles.  If i endeavored to explain the intricacies of Gorean Dance to a bunch of non-Goreans, i think W/we’d be here all day and night again, and at least half of Y/you would give up and leave.  So i’ll save the in-depth explanation for T/those who are truly curious.

It wasn’t really until my teacher started teaching, and advocating very much against dances that were ‘just’ sex on the sands (i.e. you can totally be sexy if you want to, but have some substance to your dance!) that judges started seeing an abundance of these emotional and deep dances, and were forced to recognize their validity.  Some score cards were even modified from just scoring the idea of “sensuality” to scoring instead “sensuality/heart”, to take into account a girl’s intentions.  Honestly, it was a beautiful thing to see, Gorean Dance becoming more inclusive of a slave girl as a whole person, with her own feelings, and using dance as a safe space to express those feelings, sexual or non-sexual… positive or negative.

That was truly when Gorean Dance started feeling like ‘home’ for me, and all other forms of dance were side hobbies.

But as the years have gone on, the old dancers have gradually phased out of competition and out of teaching, competing little, if at all.  My teacher and others like her just stopped teaching all-together.  With the rise of a new generation of dancers, some of whom weren’t even in SL when some of us started dancing, let alone in Gorean Dance, those who were more ‘purists’ about slave dance… i.e. your intention should ONLY be to arouse Men when you dance… saw their hole and their opportunity to come out from the cracks they’d been hiding in and weasel their way into these girls’ minds and hearts.

The result is that Gorean Dance in Second Life as a whole has back-peddled a bit.  It’s truly a sad sight to see, from someone who watched it rise to a brilliant peak, and who is now watching it fall again.

Anyway, why i made my selfish statement earlier about not being used to not getting what i want.  When i used to compete regularly, i placed often.  And if i didn’t place, more times than not, i would come in 4th, just behind placing.  There would be that one grammar mistake i didn’t catch… that one terrible transition in my animations… that theme that was just a little too dark for a particular judge… or i’d use a song with lyrics, which would irritate one just specifically lol… and i’d lose just enough points to squeak out of 3rd place and down into 4th.  Yesterday, i placed 5th out of 7.  Ouch.

My issue was one judge in particular.  i have previous experiences with them, and i actually make it a point usually to not compete when they are judging.  However, they had to fill in last minute for the organizer because the original judge had RL come up.  That is not the original judge’s fault, nor the organizer’s, and to pull from the competition literally right before it started would be unfair to the organizer.  So i thought “Maybe they have grown since my last experience.”

My last experience with this judge… was in a special competition called Design N Dance.  It was honestly a wonderful concept, and i miss it.  Dancers sat on pins and needles every year and waited to see if it would be their year to be selected – because dancers could only be chosen to compete once.  There were so many dancers and so few spots, this was done to be fair and to keep it from being the same people every year.  Finally, it was my year.  And i got paired with one of my favorite Designers: May’s Soul.

Some of the girls in my year got pretty, flowy silks, some got camisks, those were the usual things.  The theme of that year’s event was “Runaway” and i was SO excited when i did my fitting with May and i had a brief 2 piece outfit that looked like rough leather with some matching accessories.  At the time, the character i actively roleplayed in Gor was a mamba (cannibals who file their teeth and are more ‘savages’ in their behavior… less refined… usually my excuse for darker dances inclusive of a lot of death) so this outfit fit her style perfectly.  The dance i wrote and performed was very… me… at the time.  And it fit perfectly with the outfit i was given.  The Designer was thrilled with it, i was thrilled with it, i had so much fun.

Until i got my score cards.

This particular judge and marked me down HORRIBLY simply because my dance was more emotional than sexual.  They tried to phrase their comments diplomatically, however what they essentially amounted to was because they personally were not aroused at the end of my dance, it was meaningless and not well-executed.  Meanwhile, i performed a deeply personal dance based around how i was feeling at the time – i had just been released and abandoned, to my recollection, so the ‘runaway’ theme was very close to home at that point.

From that point, i swore if that judge couldn’t see beyond their own sexual gratification when a girl was pouring her heart out on the sands, then i wasn’t going to dance to be judged by that person anymore.  And i didn’t after that, until yesterday.

The only thing that has changed with this judge in the years between then and now is that they have learned to get craft in their marking down of non-sexual dances.  Most competitions use a 6 point scale where: 1 – You were very disappointed, 2 – You were a little disappointed, 3 – You were satisfied, 4 – You were very pleased, 5 – You were extremely pleased, 6 – You were impressed beyond even your highest expectations.  This leaves a lot of room for judges to score girls lower than they deserve but still hide behind the verbiage, “3 points still means I was satisfied!”  (i use that as not a hypothetical, but an explanation i actually received from an ex and His partner when they both scored me incredibly low at a competition they judged shortly after they released me and i expressed concern of bias.)

This judge in particular, though, makes sure to rate non-sexual and less-sexual dances with mostly 4’s, which they can still claim means they were “very pleased” with the dance, but leaves room for them to mark the sexual dances slightly higher and push them up in scoring.  And with a competition as close as yesterday’s was, this kind of biased marking can very much affect where a girl lands in the grand scheme of things.

Now, again, none of this is the fault of organizers or other judges or dancers or sim owners or anyone except the particular judge that does this willingly and purposely.  Reading their comments made it even more clear they were just looking for an excuse to dock enough points to push me lower, and then there were some categories that had points docked and no commentary at all.  My favorites though were the categories where multiple points were docked, but then the only ‘comments’ were compliments of the dance.  Like… how does that help a dancer understand?

Blah – anyway… it is ultimately my own fault for putting a dance that was that deeply personal out there again to be judged, and for choosing to remain even when hearing that particular judge of my past was going to be scoring in someone else’s place.  But if this is the direction Gorean Dance is heading back to, then i don’t know if i want to compete in it anymore.  i will do any exhibition i’m able, and i will continue to dance my little feet off outside of Gor, but i think honestly after 10 years, my time COMPETING in Gor might be done.  i’m still committed to a competition in August that was a rescheduled one from June, and i may follow-through with that, as it was a previous commitment, but after that?  i don’t believe competing is for me anymore.

i will note here, just in case any of the girls stumble across this post – none of my frustrations are aimed at any of you.  You are all wonderful dancers, and you told your stories in your own way.  It takes courage and a whole lot of lady-balls to get out there and do what we do, especially putting it out there to be judged, and you ladies all did the damn thing!  To the winner in particular, your dance blew me away.  The only complaint i had is that the ending felt abrupt, but that’s only because you had drawn me so far into your story, i didn’t want it to end!  None of this is to take away from anything you ladies did yesterday, and i was honored to share the sands with you!

i am just too ‘old’ as a dancer to watch Gorean Dance to go back to what it was before it soared to new heights.  i don’t want to be forced back into the ‘sex on the sands’ box… and so instead i choose to believe there is no box, and move on to where the box doesn’t exist.

Safe paths, and serve with fire.  ♥

* Table&Pose || The Aviator Table | Stockholm & Lima
– The pose is called ‘Lovely’, inside the ‘Wait’ menu, but the table includes many ‘waiting’ animations with and without a dance pole as well as table and pole dancing animations.