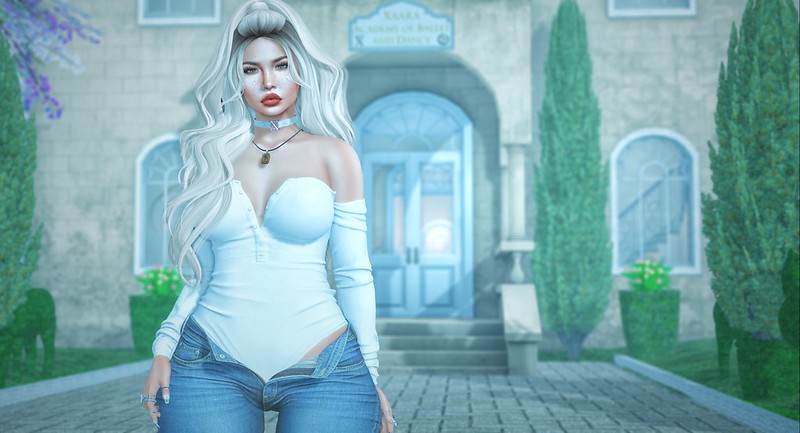 The other day, Someone from my past popped back up in my life very unexpectedly.  And like… as much as i want to altruistically believe in harmless intentions for P/people, this seems to be what bites me in the ass more times than not.  There’s just no way that it was all a coincidence.  Malicious or not, it was still purposeful.  And it’s really gotten me back inside my head a bit further than i like to be.  Let me explain…

Sometimes i wonder if P/people realize how what T/they do affects other P/people.  Like, sure, it may have been the best for Y/you in the moment, and that may have been the most important factor in Y/your decision, but do Y/you ever stop to think about the lives Y/you have intertwined Y/yourself with and how decisions that directly involve T/them would effect T/them.

Like, did You consider how much what You were doing would hurt me when You did it, or were You just absorbed in the potential of getting back with Your ex that You didn’t care what kind of collateral damage i became?

Oh, sorry… got a bit un-vague.  Lemmie dial it back a bit…

Where do W/we draw the line between hiding behind “i’m doing what’s best for me” and actually giving a damn how things affect other P/people.  Sure, there’s a time for “consequences be damned” but that’s usually a bit more of a serious situation than the potential to get Y/your dick wet, or find a new neck for a collar.  So i’m confused what role W/we have to play in someone’s life in order for O/our feelings to be taken into consideration.

i was abandoned ultimately because i disagreed with Someone’s ex sending inappropriate messages to Him while He and i were monogamously involved.  He came to me and was honest about what He was receiving, but that doesn’t magically make it ok.

i’m confused why P/people seem to think they can go through life doing whatever T/they want, as long as T/they’re honest about it.  That’s not how this works…

And maybe monogamy just didn’t work for His shifty nature.  His inability to commit to a single P/person in the face of “ooo shiny” syndrome – and i should’ve known that.  After all, i was the epitome of “If He does it to S/someone else for you, He’ll do it to you for S/someone else…” so what made me think i would be the exception?

i guess it’s the Aspie brain combined with my inner Capricorn expecting P/people to treat me fairly because i do the same for T/them.  Why would A/anyone be less than fair and respectful to S/someone who has shown T/them the same courtesy?

Of course, W/we see where that got me here.  Lol.  Irresponsibly abandoned the day before my birthday, out of town and unable to properly grieve the loss of the collar and, ultimately, the Partner i thought i was building something meaningful with.  The Partner i risked much more than He likely realized in order to try again with Him.  The Partner who ultimately humiliated me for taking that risk… again.

And then You wonder why i’m not just hunky-dory eager to randomly reconnect 2 months later?  To the day?  It’s still a little raw and a little scarred… ok, a lot raw and a lot scarred.  There are still things about it that i haven’t processed through, given the situation i was put in when it ended, and until i work through that, i can’t entertain ANYTHING from You…

Though, at this point, why would i?  Why would i give any kind of chance at anything, friendship or otherwise, to S/someone who proved beyond the shadow of a doubt that my well-being, my feelings, and my heart didn’t matter to T/them beyond the shiny appeal of something new – or, in this case, something familiar in a new light.

i still won’t ever forget when You told me she told You all those things about feelings and dreams she was having about You, but that she still had to decide what she was going to do…

… where was i supposed to fit in to that?  Did You even care about how that would affect me?  Were You thinking about me at all?  Clearly not, with what came next.  But i suppose asking the question is still something i needed to do, so there it is.

i will never understand what kind of self-absorbed bullshit S/someone has to be on to just assume everything will be ok… after all of that.  Perhaps You just truly were the asshole i was told from the beginning You were.

And p.s. How’s this for a color palette?

Shape || Mine
Head || Genus Head Baby Face W001 (v1.6) | Genus Project
Body || Lara Body (v4.1) | Maitreya
Skin || Dariya Skin (Tone 007) | Glam Affair
Lipstick || SendNudes | MJN
* Hair || Zahlee (Blondes) | Truth Hair
* Bodysuit || Laine Bodysuit (Under Pants) | Blueberry | new!
– Ok, so this release is jam-packed. There are so many versatile pieces to get whatever kind of look you want, all in the same top. For me, i chose the version of the bodysuit to fit under the new jeans (credited below), but there is also a knotted top, an off-shoulder top, and a full bodysuit that you can wear by itself! Be prepared to see other pieces from this mini-collection in future posts, because i’m in love!
* Jeans || Laine Open Zip Jeans (Cutiebootie) | Blueberry | new!
– Another versatile piece of this collection. i love the way Blue did these open zip versions of the jeans, because it’s something different and ‘sensual’ without being trashy. there are so many different ways you can wear them, and because your bits aren’t out for the world to see, you can do it fashionably and not just for sexytime. For those who want to wear them as regular jeans, there are closed versions as well, and as always there’s Cutiebootie and BlueberryBooty options.
Collar || custom, personal assembly of pieces
Necklace || Ogham Necklace Unisex (Reed=Harmony) | L&B SWEAR

Location || Xaara
– As always when i post this place, Xaara is a beautiful sim and a wonderful welcoming community of P/people, however it is just that… a Community.  Please feel free to visit, but keep in mind this is not a strictly Photography sim, so if Y/you encounter P/people in Y/your time here, please be respectful of the Community Y/you are visiting.  ♥