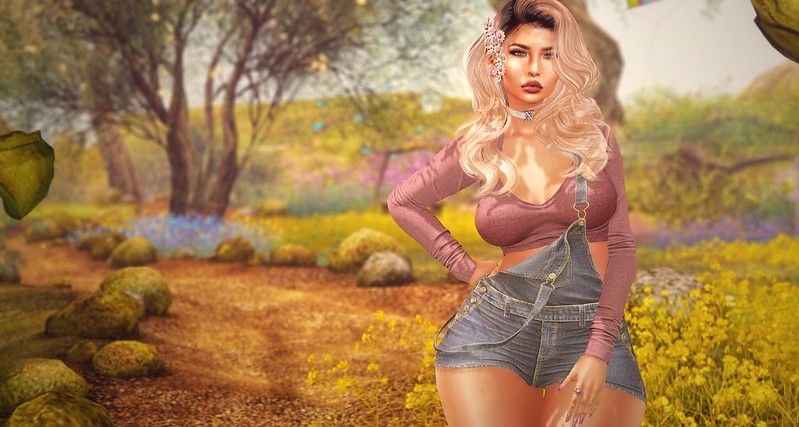 It’s going on 2 months now that i’ve been having these issues with my ISP.  For those that don’t know, i’m having a very strange error where my ISP just doesn’t want to communicate back with SL when it’s logging in, forcing me to get stuck at “Waiting for Region Handshake”.  i have tried everything suggested by Google, tech-savvy friends, and 5 separate tech support professionals from my ISP, have had the connection physically looked at, and have had the modem replaced, to no avail.  i’ve been saying for 2 months now that it sounds internal on their end, but what do i know, right?

Either way, the only way i can log on during those times that the connection is throwing its temper tantrum is to set up a hotspot on my phone and connect to that (something else that tells me it’s an internal issue with their network, because connecting to another network works just fine… so it’s not my computer, my connection, etc).  But of course, doing this requires using data, which is not unlimited.  And the connection strength is terrible so i cannot do a lot of the things i would normally do when connected – like take photos.  i’m getting so sick of getting the run around ANY TIME i call in to tell them that no, sitting around on their asses doing absolutely nothing does not, in fact, solve my problem… but i’m pretty much at the point now where all i can do is just continue to call them ANY time it goes down for even so much as an hour, let alone the times it’s down for days on end, to let them know that it is, in fact, a problem, and one they need to fix.

Anyway, it’s why i’m so sporadic lately.  There is literally nothing i can do about it, except try to connect via data, but that doesn’t let me do half of what i actually need to do here.  -.-  This photo today is the result of several days of trying to get connected via data and my regular connection, shooting the photo, the connection going down, then getting to edit and FINALLY getting to post it today.  So that’s why you haven’t seen a lot on this blog… it’s like a multi-day process to get to post anything, and that’s IF my connection is behaving somewhat well.  >.<

If there were any other ISP in the area that wasn’t Centurylink, then i would switch.  But Centurylink’s prices, customer service, and speeds are terrible.  And since my options are my current ISP or Centurylink, i’m trying to stick it out.

Anyway… not what i wanted to talk about today… lol…

This song hit my Youtube via following a rabbit hole of country songs – because that’s the mood i’ve been in lately.  How i missed its release, i’m not sure, because the message behind it is one that resonates with me deeply.  i feel like i say this every time i post, because i always put music with my posts and always have a reason for it, but i would heavily encourage you all to scroll down to the bottom of the post and listen to the song, and listen carefully to the lyrics.  i feel like a lot of U/us relate to the message here.

It’s particularly easy to do as a submissive.

i’m coming more and more to terms lately with the fact that i am seemingly constantly sacrificing my needs for the sake of what other P/people in my life want.  If what they want makes them happy, then i seem to be more than willing to give up my needs… when, in reality, i should be more willing to assert my needs, to be sure they are met as well.  Just as being self-centered is detrimental to friendships and relationships, being too self-sacrificing is just as deadly.  Because eventually you’ll wake up and realize your needs aren’t being met and start to take it out on E/everyone else, but really it’s the result of your refusing to be your own advocate.

Especially when unowned.  you MUST be your own advocate.

But when i talk about this idea in conversation lately, i feel like i’m not portraying what i mean properly… so let me try an analogy.  A gas tank.  Unless you have an electric vehicle, your car runs on gas.  Your tank has a gas gauge telling you how full or empty it is at any given time.  At points in time in my life when i’ve ridden the struggle bus, financially, one of the first things to be sacrificed was filling up my tank – and i would run it until i absolutely had to fill it up.  Like the light’s been on for the last 2 times i’ve run errands, it’s literally going to come to a stop on the side of the road sometime soon if i don’t fill it up kind of ‘absolutely have to’.  My step-dad used to lecture me all the time about how running it that hard is bad for the engine… or the transmission… or both.  i dunno, i’m not car savvy really.

Just because your car can run on that little gas, doesn’t mean it should.  P/people are the same way.

i’m feeding into my needs just barely enough to keep me going.  But that’s no way to live as a person, and i deserve better than that.  But the only person that’s going to change that is me.  By stepping up and being my own advocate for what i need.

i miss being myself.  i truly do.  i’ve morphed into this version of myself that i barely recognize and i’m trying desperately to get back to where i was, while still holding onto the positives i’ve gained along the way.

2 thoughts on “Confession .244. I Didn’t Wanna Lose My Friends, But Now It’s Hard To Even Find Them…”