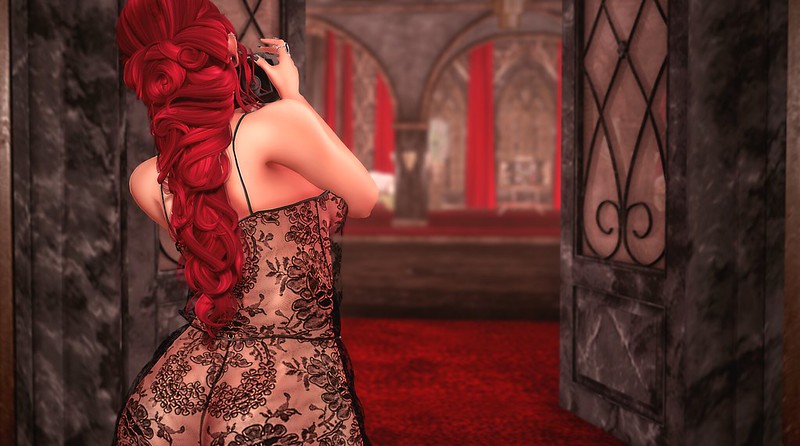 i’m going to need some of my favorite female live singers to learn this song ASAP.  Gabbie killed it again… and she brought about a HUGELY relevant topic at the moment to me… so that’s what i’m going to talk about.

The interesting part of being medicated for Bipolar II Disorder is that it’s kinda the same in some ways as being unmedicated.  There isn’t a ‘cure’ per se… like… you don’t take medication and magically you’re normal or ‘better’.  You’re still sick.  It just makes everything more manageable – and even then, the medical definition of ‘manageable’ and the real-time, i’m-the-one-who-has-to-deal-with-this definition of ‘manageable’ often doesn’t line up.

But medically, my Bipolar II Disorder is ‘well-managed’.  And basically that just means that when i’m in an upswing i stay up for 2 days straight rather than longer.  And i do far less stupid shit.  After all promiscuity in a virtual environment is small-potatoes compared to some of the other things people with Bipolar disorder have been known to engage in during a manic episode.

Gabbie brings up several things in this song, and one of the things that stuck out to me the first time i heard it was, “Is this the way to fix this or is this a quick fix?”  For me, being ‘medicated’ is more of a ‘quick fix’.  The part of the line that says THE way to fix this, to me, implies a cure… and for someone with Bipolar II Disorder, medication is not a cure.  It can FEEL like it sometimes, when our ups aren’t as up and our downs aren’t as down… and sometimes that can be a temptation to come off the meds.  “Oh, i’m better now.  i don’t have to take this anymore.”  But of course that just plunges you right back into the hell of FULL major depressive episodes and major manic episodes.

i’ve been through that cycle a few times.  i’ve let myself believe i was better.  Mostly because i don’t have my volatile farther around to remind me what shit looks like when you’re off your meds.  (Thanks for the Disorder, dad, btw.  Super swell!)

One of the other things Gabbie brings up is, “Can you medicate a broken heart?”  i find myself surrounded by people whenever i mention, “Oh, i’m going through a bit of a depressive episode,” meaning that i’m going through a down-swing of my very real, relative serious mental heath disorder, i’m instead met with, “Oh, everyone has a little bit of depression.”  People are so quick to label sad feelings, no matter the cause, as ‘depression’, even down to prescribing anti-depressants.  i need you to understand that there is a grave difference between very NORMAL sad reactions to sad circumstances and the actual chemical imbalance in your brain that is associated with depression.

i wouldn’t wish chemical imbalances on my worst enemy, tbh.  Do you have any idea what it’s like to fight wars with your own mind on the daily?  To sometimes look inside your own head and not recognize the person who lives there?  And then you have to wonder… is that person in your head the ‘real’ you that your disorder is trapping away, or is the person that you present to other people the ‘real’ you, and you have to fight to not let the disorder take you over and turn you into something else?  Do you know how much that sucks?

i’ve had people tell me on more than one occasion, “I feel like you just get to a place where you’re so upset, you just stop listening to me.”  And i do.  Part of that is the Aspergers driving me head-long into a meltdown, and part of it is that i’m almost always in the middle of an identity crisis and the things Y/you’re saying to me in that moment describe a person i don’t recognize.  Cue the endless sea of questions i mentioned above.  It’s an endless cycle.

My universe exists solely in chaos.  And it’s exhausting.

The last thing that really sticks out to me that i wanted to talk about from this song is something that sticks out two-fold.  “But the aftermath might make you sick.”  In one vein, you could be talking about side effects of medication, either in that they could literally make you sick or that you could no longer be happy with the person you are when the medication alters your brain.  But then again, what’s the alternative?

i find myself experiencing the second vein most often: the aftermath of whatever situation that the disorder causes to go a certain way tends to make me feel like a terrible person.  Here’s another secret about me – i’ll say often that i’m a horrible person or i’m a terrible person and people assume it’s just insecurity talking.  When in reality, i do GENUINELY feel like a bad person sometimes when i look back on how i reacted to a situation in the moment.  Granted, there’s only a certain level of control that i have in that moment, but i will take personal responsibility for all of it, every time, and internalize it.  And then feel like a terrible person.

So just… if nothing else, please do me a favor.  If you’ve survived reading this until the end… go a bit easier on those in your life that you know are struggling with some kind of mental health disorder, whether it’s me and Bipolar II or someone else and something else.  Everyone has their own battle to fight.  This is mine.  One of them.  And it’s not easy.  i certainly don’t expect that it’s easy for anyone else either.