My kind of time’s meant to carelessly spend
My kind of nights are the ones that don’t end
My kind of fun doesn’t make any sense
And my kind of love, You won’t ever forget… 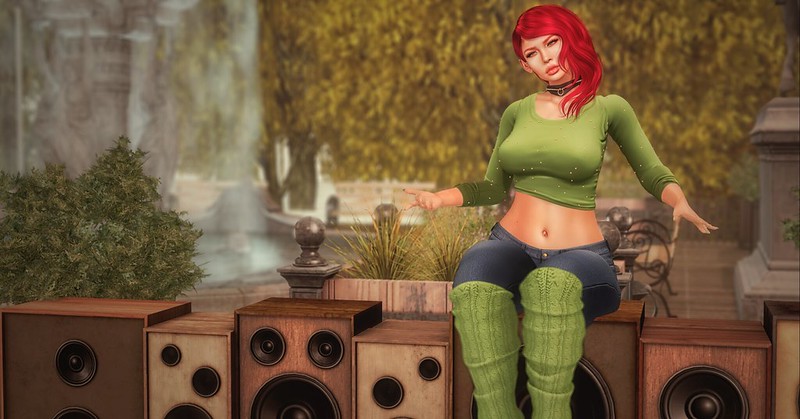 Well… happy freaking new year.  Lol.  Just like i said yesterday on Facebook, you’re not going to get some kind of “new year, new me” post out of me… because honestly, half the time i’m terrible at meeting goals, but to be perfectly frank?  No one can really, truly, drastically change who they are.  You’re given the body, the mind, the heart, the soul you’re given… and you can just work to improve it, to grow, and to learn… but you can’t expect to just be able to change everything.  And certainly not in 365 days.  So no… not ‘new year, new me’… just… new year, improving me.

i also apparently completely missed Alessia Cara’s new album last month.  My bad.  i heard last night on the radio that she had a new one out and i actually stopped a bit abruptly at the red light i was slowing down for like, “Excuse me?  How did i miss this?”  So tonight i’m poking around Youtube, scrolling through the audio from the album, and i got caught on this song – it spoke to me.

i spent a lot of 2018 being offended by how other people treated me.  People who would claim to care about me, want to get to know me, etc… but then they would do nothing but lie to me, ignore me, etc.  Didn’t exactly Walk Their Talk, if that makes sense.  But honestly… i don’t think my definition of these things is the same as most peoples’.  For example…

Time is one of my love languages.  We don’t have to do anything fancy… you don’t have to buy me things… you don’t have to make huge, grand gestures… just… spend time with me.  Spend time with me and be honest and real in how you feel about me… and i’m a happy girl.  Time, and Words of Affirmation are the Love Languages that speak to me the most.  However… because of this… i value time more highly than other people might.  To the point that i get offended by things other people may not get offended by…

One i’ve been holding onto for months… i was ‘getting to know’ someone.  At least, that was what we called it.  i never really knew what was going on most of the time because they would say they felt one way and then do things that made me feel the opposite, so i just tried to go with the flow and wound up stressed out most of the time.  But anyway – we were all as a large group watching a movie.  Feeling kinda awkward, i sat in the back, on the outside of a row of chairs, away from most of the group.  The Person i’m getting to know IMs me and says i can sit next to Them if i’d like.  i thanked Them and moved up, but out of respect for their current partner, i kept a seat between us.  So They were sitting next to their current partner, then an empty seat, and then me.  It might be a strange way for some to show respect, but it was mine, in that moment.

But how did They respond?

TP’d in someone else – whom i’d not been told about when i specifically asked who else this Person was dealing with, so i knew what i was getting myself into… proceeded to sit this new person between Them and i, and then went into a private voice call with them for the entire almost 3 hours i was there with Them.  For A/anyone else, that might seem like no big deal.  But for me, when that was the only time i’d gotten with that Person in awhile… it was like a slap in the face.  And it was ultimately one of the reasons i left – both that night, and that Person in general.

i just couldn’t handle Their shady moves.  And They may not find them shady… hell, no one else may find them shady… but to someone like myself who values Time above most anything else… it was one of the worst things You could do to me.

i don’t think i ever truly told Them how i felt about that night.  Because ultimately – it feels stupid to me.  i mean, i felt how i felt, and i was justified in feeling so, knowing how important Time is to me, but try to communicate that to Someone who is so set in Their ways that They don’t listen to anyone else’s way of doing things.  It would have been an uphill battle that i wasn’t emotionally equipped to handle.  So i just didn’t.  Lol.  And honestly, i’m better for it.  And i’m better for having left.

But i can’t let myself feel that kind of offense just because people don’t deal with me the way i’d deal with them.  It’s very likely that Time is not that Person’s love language, so They didn’t view it as a big deal at all.  In hindsight, it’s not a terribly big deal – but that’s not how it felt at the time.

Here is one of the drawbacks of being on the spectrum – putting myself in someone else’s shoes is IMMENSELY difficult.  Aspies don’t lack empathy completely, but it’s hard for us to know when we should be empathetic, and when that would be inappropriate.  So most of the time, my brain just says, “Why are they dealing with xyz this way?  This isn’t logical.  It should be this way.  i don’t understand why they don’t see how illogical this is.”  And i can’t just stop and place myself in a neurotypical’s mindset… because i’m just… not.

It’s frustrating.  But it’s one of the long-term goals to start working on in 2019.

* Pose || included in All About That Bass Speaker Wall

Location || Crescent City and Bayou of Voodoo
– This past weekend, Magnus’ friends Uri and Piper had the grand-opening of their New Orleans themed sim Crescent City, and then to follow-up the opening, they organized a New Orleans street party the night of New Years Eve.  A lot of hard work went into these builds and the various RP venues around the sim – so i definitely encourage you to come by and check it out.  There 3 types of residential rentals, and i’ve met some of the neatest people so far.