Do You know what You’re doin?
Whose feelings that You’re hurtin’ and bruisin’?
You gon gain the whole world, but is it worth the girl that You losin’?
Be careful with me… 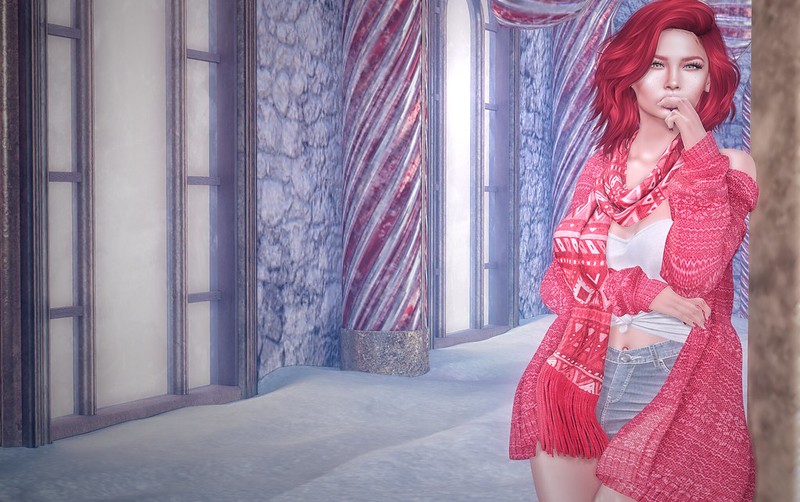 i’m still alive, i promise.  i’ve just been pledging and unable to change out of my uniform for the most part.  But after having most of my individual stuff done, i got permission to change to bring you this outfit today, so thank the Big Sisters.  -laughs-

But truth be told, i needed some time in Photoshop and in this blog to just kinda get my head back on right again.  For the last few months i’ve been pursuing what i thought was a good thing for me, Whom i thought was a good person.  But i guess it just goes to show that sometimes i’m still as blind as ever.

i suppose i should ultimately thank Her, though.  She opened me up to a lot of different things – She educated me on topics i was completely ignorant on, and She was honestly one of the most understanding People when it came to how my brain works.  Where Others would simply tell me, “Alright, well you’re going to have to learn to deal with that, or be different,” She would actually make an effort to communicate with me on my level.

You don’t find that very often in People.

Of course, She did all of that just to turn around and prove to be the same as everyone else in every other way.  So i guess you gotta take the good with the bad, right?

i spent enough time around Her that i forgot that people could be so callous and cold and unfeeling… until She showed me that even She could be.  And i’m not sure if it hurt more coming from her because of the feelings i’d developed, or because i so intensely wanted to believe that She was different, that when it turned out She wasn’t it not only broke my heart but also shattered that image of Her that i’d created.

And ultimately, who knows, maybe it will be better off in the end.  After all, i appreciate honesty and communication more than anything, and in the end it turns out i wasn’t the only person She was getting to know in this more intimate way, and then She pulled back and stopped communicating.  Which will forever leave me to wonder if She did that because She became more interested in the one of who knows how many others She was talking to, or if She truly did just pull back from everyone like She said She did.

i’ll never know, because unfortunately once You lie to me once, i don’t really know what to believe after that.

* Backdrop || Candy Cane Courtyard Backdrop | Figure 8 | free gift!
– Figure 8 is participating in An LTD Christmas, and this gorgeously detailed backdrop is their gift for the event.  Teleport to the mainstore, and if you’re not already in the Love to Decorate group, click the LTD Christmas tree to join, and then you can grab your gift!