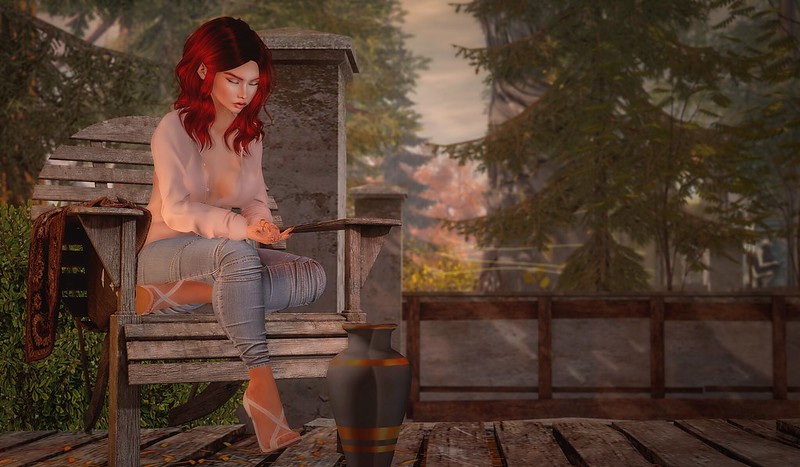 i don’t like talking much about my dad.  i’ve told the story in here of how he died/how i found out about it… and i’ve told a few stories about him generally – especially when it comes to ways i’m like he was… but otherwise, i don’t really like to talk about him.  Tbh, it’s still really hard… 5 years later, things like his birthday still make it feel like it was yesterday.

It’s very odd when SL mirrors RL in a closer way than you expect.  i was looking for an urn to use for this photo… and the one that i ultimately ended up choosing for the scene is actually eerily similar to what my dad’s urn *actually* looks like.  Which just made editing this that much harder.

Which might explain why it’s 9:30 at night, my time, and i’ve been trying to get this done all day and have been avoiding it.

(Hell, even now, writing this, i stopped and avoided it for like an hour.)

November 4th is still kinda an odd day each year.  i have 2 modes within which i function: staying in bed, hiding, and being dead to the world… or needing to be around people because i don’t trust myself alone.  There is no in between.  And that’s the thing about being mostly introverted while also being cognitively dysfunctional.  Sometimes i don’t want to be around people, but i need them.

i need them to ensure i, quite literally, keep breathing.

And that might be a morbid thought but when have i ever been less than brutally honest here?  i’m sorry to be a damper on Y/your evening.  This is just where my head is at, i guess.

So just… give me a minute to fall back into the swing of everything after getting back… i’m not fully myself right now.