All the pain and the truth, I wear like a battle wound
So ashamed, so confused, I was broken and bruised
Now I’m a Warrior – now I’ve got thicker skin
I’m a Warrior – I’m stronger than I’ve ever been
And my armor is made of steel – you can’t get in
I’m a Warrior – and you will never hurt me again… 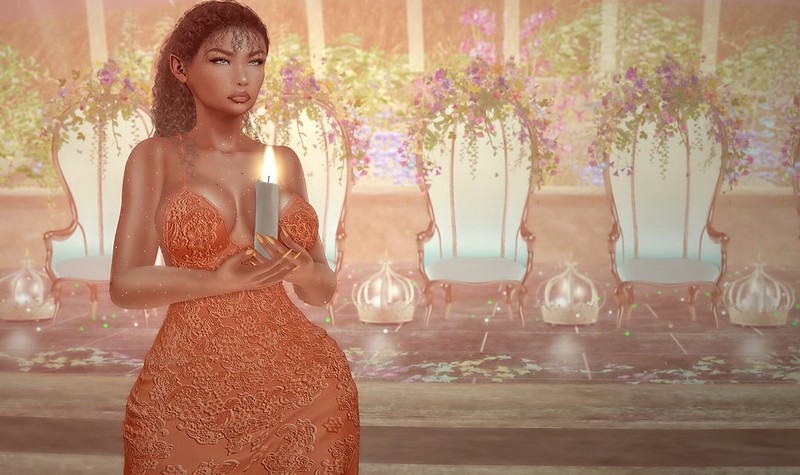 Please be aware, what I’m talking about today has to do with the themes of rape, sexual assault, violation of consent, other forms of domestic and sexual violence, and suicide.  If these are triggers for you, you may not wish to proceed further.

Last night was probably one of the most amazing nights of my Second Life – so much so that I needed to go back and take a photo in the venue and share the experience with you all who may not have been able to be present.

For those of you who were unaware, an SL Fraternity named Beta Omega Iota has been sponsoring events throughout this week (since August 30th, through September 8th) as a part of a collective they’ve called “Charity Explosion”.  Each participating organization has chosen a charity to raise funds for and have planned events to bring awareness to their causes and raise money through donations.  So many different charities have been represented so far – and it’s been a wonderful experience to see the Greek community come together in support of so many different causes.

The sorority I’m a part of, Iota Chi Epsilon, chose to support the Take Back the Night Foundation.  This organization promotes awareness of sexual violence against men and women and does everything within its power to reduce the problem with eventual hopes to stop it all together.  They do this through Survivor Speak-Outs, Candlelight Vigils, Marches, Rallies, and Awareness programs in schools.  Take Back the Night has been holding events in RL since the 1970’s, and has become a name synonymous with hope and change in the community.

For our event last night, we decided to hold a Panel Discussion, with an open floor for others to speak out as well, ending in a Candlelight Vigil.  Panelists told their stories – or the stories of those who are no longer here to speak for themselves – and answered several hard-hitting questions about sexual violence and society’s attitude towards it, and most importantly… how we can begin to change it.  Our Candlelight Vigil ended the event in a powerful moment of unity and reflection and provided a nod to a collective of events that Take Back the Night refers to as 10 Points of Light- where events are held at the same time in 10 different locations around the world to promote a unified message that we will no longer stand for sexual violence against men, women, transgendered individuals, or anyone.

Because I know some of you read this that may not have been able to attend last night – I’m going to share with you a bit of my story that I shared with the 70+ attendees during our Panel.  And I want you to keep in mind that this story is not just mine.  1 in 3 women and 1 in 6 men will be faced with sexual violence at least once in their lifetime – that’s too many.

I was 13 when I learned that not all Christians are godly, and that church camp isn’t necessarily a safe place. That was the first time it happened.

I was 19 when I learned that I could be expected to pay money for bloody sheets because my attacker wasn’t considerate enough to use my bed instead of my roommate’s.

I was 21 when I learned that Safe, Sane, and Consensual doesn’t always mean the same thing to everyone who claims to practice it.

That is the jist of my story.  And one thing I learned last night by listening to the other 3 panelists is that repeat incidents are far more common than I originally thought.  It’s common for survivors to blame themselves when it happens and when they’re processing… “I should’ve known better than to do xyz…” “I shouldn’t have drank…” “I shouldn’t have been alone with a stranger…” “I shouldn’t have been walking home alone at night…” etc.  But I tried to apply the idea that if something keeps happening to you – maybe the problem is you to *this*.  And this is not a situation in which you can do that.

And for the longest time – I didn’t really get that.  In fact, part of what I shared last night had to do with the dark place I put myself in…. it was my freshman year of college – before the second incident had happened yet, so I was still grappling with my 13-year-old self and what she went through.  I was so deep in the thick of self-hatred, self-deprecation, and blaming myself for what happened that I didn’t know if I could keep going anymore.  I just plain didn’t want to live.

My campus had a Take Back the Night Rally and March… I had never heard of Take Back the Night before, but via the campus advertisements I saw, I learned roughly that it was about sexual violence against women.  I knew it could potentially be even more of a trigger for me, however at that point, nothing could really drag me deeper into the darkness than I already was – so I decided to go.  And you know?  That event is the reason I stayed around for just a little bit longer – the reason I could cope with life for just that much longer, until I established a support system of people whom I could trust who believed me.

Not everyone that attended the Rally and March had been a survivor themselves, but some of them had.  Hell, some of them had experienced their trauma ON OUR CAMPUS.  And they were there to make change – alongside allies that may not have personal experiences, but who believed that everyone has a right to feel safe.  Being in that kind of a supportive environment gave me the strength to push through it, and it taught me one very important lesson…

I’ve always been a bigger girl, and – in my personal opinion – unattractive.  So there seems to be this underlying idea in our society that I should be “grateful” for whatever romantic and/or sexual attention that I get from men.  Like a man is doing me a favor by wanting to be that way with me… wanting to touch me… etc.  I should just accept it because “Where else am I going to get any?”  And it was that voice in the back of my head that I’d been grappling with for the 5 years between the first incident and that night I was gathered on my college campus, screaming at the top of my lungs about how I would not be blamed… how I would no longer live in fear… how I would not be victimized… they were things I knew I should believe, but couldn’t seem to bring myself to believe until that moment… when I was surrounded by other people who TRULY believed them too… and believed me.

And so that is a bit of my story… and why last night was so wonderful and cathartic for me… and why Take Back the Night is something that is so close to my heart.

If you were unable to attend and after hearing my story or thinking about the stories of loved ones you may have and you’d like to donate to our cause – you can teleport to the venue HERE, it is still up.  There are floating “Take Back the Night” tip jars on either side of the stage.  We will leave the venue up for as long as we are allowed – hopefully until the end of Charity Explosion.

We need your help to stop this from happening to people in the future.  In the 2 hours that the event took place last night, 73 more people in America were sexually assaulted in some way, shape or form.  3 hours it’s been that I’ve been working on this photo and blog post?  Another 110 people.

1 American every 98 seconds.  Not to mention everywhere else in the world.

This has to stop.