Isn’t it lovely, all alone?
Heart made of glass, my mind of stone
Tear me to pieces, skin and bone
Hello, welcome home… 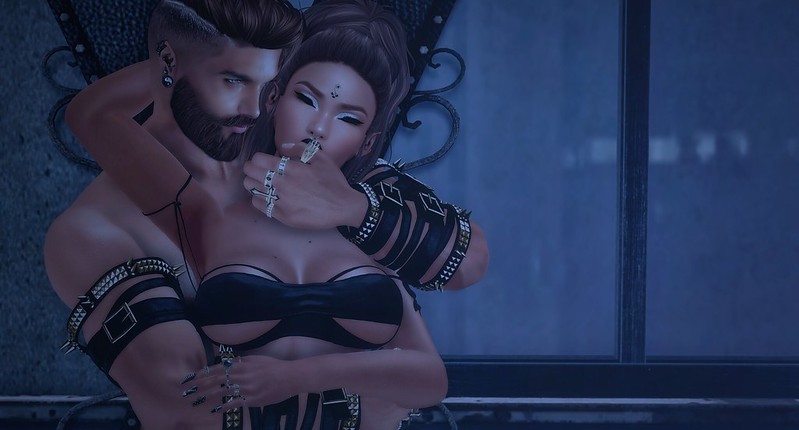 I didn’t think I would be writing about this in more detail again this soon… but I suppose it’s necessary.  Some of you are new to reading me, and don’t scroll back to read past posts.  (Lord, I don’t blame you.  I ramble a lot sometimes.  LOL.)  Some of you know I was gone for almost a week at the end of July, but I don’t know how many of you know why… that’s what I’m going to talk about today…

FENIB.  I believe I defined it incorrectly last time I blogged about it, because my RL mother corrected me while I was away.  Familial Encephalopathy with Neuroserpin Inclusion Bodies.  In other words, a disease that exists in my family, and a family in Oregon.  (There’s a mention in a few articles of a New York family as well, but the researcher working with our family said she thought it was proven to be a different strain/type of the disease that isn’t FENIB.)

The long and short of this disease is that it’s a wicked combination of early-onset Alzheimer’s, Epilepsy, and Dementia. The combination of which produces and intensely neuro-degenerative disease that onsets around age 25 and causes death in the early 40’s.  (Though 2 of my cousins died in their late 30’s.)  We don’t know what caused the gene mutation responsible for it… and the only thing we know about how it’s inherited is that it’s a Dominant gene mutation… so it’s impossible for someone to be a dormant carrier.  If your parent has it, you have a 50/50 shot of getting it yourself.  If you don’t have it, you can’t pass it on.  Etc.

I’m not going to delve into a lot of gene therapy and biology with you.  Just know that that’s kinda what my family looks at.

So far, we’ve lost my biological grandmother (mom’s mom), both of my uncles (mom’s brothers), both of my male cousins, and now my oldest cousin is the one who just passed away most recently.  I left here and traveled North for the funeral and was gone from July 26th through the 30th.  I came back the night of the 30th.

Funerals are something my family is used to by now.  Death is something I’m used to.  For a period of time in college, there was at least 1 death every 3 months for the period of about 2 years in a row.  We just couldn’t escape it… but this was the one we were all sort of waiting on.  She’d been slowly declining in a skilled nursing facility for so long… but because her body was so young, her heart was still pretty healthy… it just didn’t want to give up.

There’s some beautifully morbid irony in her heart not wanting to give up when her brain was so done.

But anyway… that’s where I was for that period of time… and then when I came back, those of you on my Facebook may have seen – August 1st is the anniversary of my father’s death.  This year marked 5 years ago that he passed and honestly it still feels like it was yesterday.  I don’t know if this pain ever gets any less… but in the past 5 years it hasn’t. Each year I find myself either getting drunk to just forget the day even happened – when I don’t drink, so that says something – or just crawling in a hole and trying my best to sleep through most of the day so I don’t have to deal with it.  This year, it was more of the latter, and then I went to have dinner that night with my mother so I wasn’t alone.

So today I learned that someone I trust… and greatly respect… mentioned out loud, publicly, in a group meeting that I was not allowed to attend – nor could I if I’d wanted to because it took place during a prior commitment – that perhaps a particular person in this sim working with me on a project could help pull me out of the rock I’ve been hiding under.

That… hurt me and twisted me up more than I’d like to admit.

If by hiding under a rock we mean that I was there with my mother, trying to support her through the inevitable death of her closest niece… who is the REASON that mom ever wanted to have kids in the first place… and then traveling with her to be with the rest of my family to grieve her death when she finally passed… to bury my cousin… my 42 year old cousin just… gone… and that when I returned it was then time for one of the hardest days of my year where I truly don’t want to be here, or exist… or remember what day it is… then sure, I’ve been hiding under a rock.

But to chalk up what my RL has been lately to such a trivial phrase… to imply that that pain and those difficult times are nothing?  That truly hurt me in a way that I never expected from the person who said it.

So, yeah… sorry for word-vomiting about a bunch of stuff that some of you have heard a hundred times about my dad and my cousin and my family… and other stuff that none of you really know what’s going on… but that’s where my head is at today.  And it’s why my heart is a bit broken right now.