AM radio, not much to do
Used monsters as an excuse to lie awake
Now the monsters are the ones that I have to face
No band-aids for the growing pains… 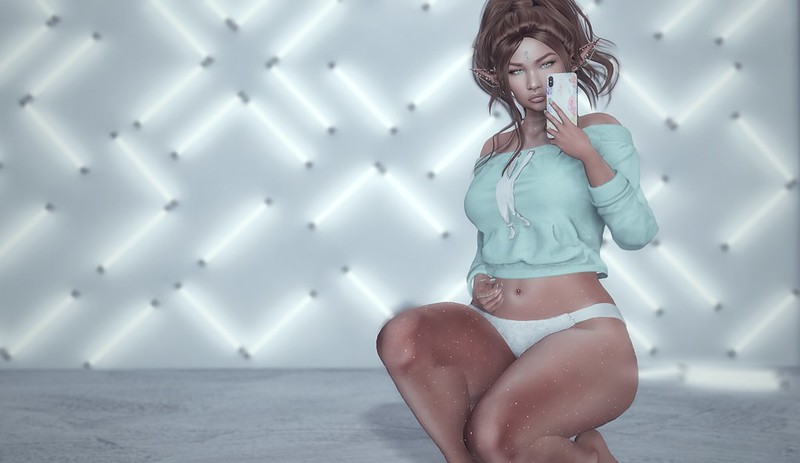 Normally, it’s not my style to name here.  However, today, I’m talking about my own relationship… and anyone who knew me at any point in the last year would know who that is, so let’s just save ourselves the trouble, shall we?

That was the last message I got from Him.  We’d just discussed, at length, some heavy RL stuff going on in His life, and I thought I was being the supportive girl that He needed me to be in that moment.  I was there to listen – to offer feedback from someone outside the situation – and I was careful to toe lines and not tread into territory where I didn’t belong.  There’s only so much that an outside observer can see/comment on… so I was careful.

At least, I thought I was careful.

The plan was that He was going to ‘sleep on it’, re-approach the RL situation the next day, and let me know how it goes.  But that He didn’t know how much He would be online in those next few days.

That was always my theory with Him.  We knew from the very beginning that this wouldn’t be one of those love stories that so many people in SL seem to want.  This wasn’t going to be “meet in SL, fall in love, meet in RL, get married, live happily ever after.”  For one thing, He was already married in RL…

A fact that He didn’t tell me about when we first got together… despite my asking Him if He was poly or not.  I wanted to know what I was getting into, if there were pre-existing relationships, and He outright told me He was monogamous… until about a month into it, He was having some difficulty in RL, and He started the conversation with, “So my wife and I are trying IVF…” and I had to back up and say, “Whoah, wait… wife?”

I should’ve known then.  I look back now and see all the points at which I should’ve known.  And those of you whom I’ve been defending Him to for the past month who are confused why I’m going from 0 to 100… just stick with me.

So, anyway, we knew from the beginning this wasn’t going to develop into some huge RL relationship.  And I didn’t want to take over His focus from His RL wife, especially when their relationship wasn’t all sunshine and rainbows, and so I tried my damnedest to be the understanding one that sat patiently in the corner waiting to be noticed.  Those that know me know that’s hard for me.  I’m a needy bitch… lol… and I’m sure some closest to me might’ve secretly wondered in the back of their mind how this worked for so long, when I was always the last priority.

And I suppose the answer to that is that His presence was just frequent enough to remind me of how good it is when He’s here… I might’ve been the last priority in His overall life, but when He was in SL with me?  We were so focused on each other – it created an intense connection for the time that we were there.  I truly loved Him, and He said that He loved me.

But who knows if that was another lie.

So when He would put me off and leave me behind, I would get just to that edge… ride that line where it would be too much for me to handle and I’d think it wasn’t working… and then He would come in, and I’d be reminded all over again just how… good…. it felt with Him.  And I’d convince myself that I just had to be patient with His RL – after all, I’ve always been a big proponent of ‘RL always comes first’, so how could I be a hypocrite?  I’d just have to be grateful for what little time I did get with Him when He decided to come in and acknowledge my existence.

And apparently it worked well enough that I married the man.  I’ve been in SL a total of damn near 10 years… and I had never actually gotten married.  I’d been engaged twice before, but never went through with the wedding.  I spent my own money pulling it together… decorated and coordinated the thing myself because we all know that I’m terrible at delegation if something is very important to me.  And I thought we were so happy.

I feel so stupid.

That was the last message I got from Him after that long conversation… and never again did I hear from Him.  He didn’t log in… He didn’t respond to Kik messages… Skype… offlines.  Nothing.

And for the first 2 weeks, I was kinda in my own personal RL hell too, so I didn’t think too much about it, except sending Him offlines every so often, wishing Him well, strength, positive vibes… hoping He was ok… reminding Him I loved Him.

Fuck, I feel so stupid.

But after those first 2 weeks, when I was back in-world again, it finally hit me just how… lonely… it was without Him there, waiting around in silence, left in the dark.  At that 2 week mark, I was starting to lose myself a bit, and particularly my submission.  I was without guidance and control… I reached out to a few Dominants I trusted and the reactions were pretty much the same across the board, “I’m sorry you’re going through that, if you want to talk, I’m here.  2 weeks is a bit premature to think anything bad… but keep me updated.”

At 3 weeks, peoples’ opinions seemed to drastically shift.  I was still waiting around, patiently… thinking I was the good, supportive slave.  “Oh, He’s just taking care of RL.  It’s a heavy time, and I’m sure He’s just taking time to process…” meanwhile those closest to me in my life were starting to shift their opinions… “That’s an unfortunate circumstance…” “I can’t believe He’s doing this to you…”  “You don’t deserve to be treated this way…”  But still I smiled through it – smiled to peoples’ faces, anyway.  I still spent a lot of time alone, and still felt myself slowly losing control and having no idea what to do without guidance.  I’d been in this relatively restrictive dynamic for the last year… and I didn’t really know how to cope without it.

June 23rd would’ve been a year since He initially gave His collar.  I didn’t get to see Him that day… He didn’t login.  No message.  No text.  “Oh, He’s just taking care of RL,” I kept telling myself.

Now it’s been a month.  And after going to a submissive support group at Omega yesterday and finally coming out with it… the whole thing… amongst my peers, I received an overwhelming amount of support.  But at the same time… some of the things they were saying… about red flags… and about this being a ‘cruel’ way to treat me… I agreed with them, but I felt *guilty* for agreeing.  Like that I was beginning to villainize Him in my own head, just because He hadn’t been around.  “He doesn’t deserve that.  He loves you.  He’s just taking care of RL.”

Then last night, a friend IMs me, checking in, and asks if I’ve heard from Him.  I know the question that usually follows that – from experience, because I’ve answered it countless times in the last month – is if I’m sure He hasn’t been on and I’ve just missed Him.  So whenever someone asks if I’ve heard from Him, I go into the POE group, to check and make sure Last Login is still 6/6/18.  But when I searched Him in the POE group last night, He didn’t show up.

I went to the land group for the house that we share together… because that group actually shows in His profile if I look at it… search Him there… nothing.  He’s not there.  And ultimately, I knew what that meant, but I didn’t want to admit it to myself just yet.  I checked my friends list and He was there, but so are other people whom I know are gone…

So I finally did it, went to do a People search for His name.  ‘Draconis Ashbourne not found’.  And I know that people can hide themselves from public search, however, as I said before, I checked a group that visible shows in His profile when I look at it from my friends list, and He’s not in that group anymore.

He’s gone.  He deleted His avatar and just left.

And I feel so fucking stupid.  I defended Him to so many people, even before He left.  But especially in the past month.  I’ve defended Him so much.  I lost count of how many times I said, “Oh, He’s just taking care of RL.”

But when I saw His avi gone… I got curious… because He’s been gone right around a month… and I know when you delete your avatar, it doesn’t go away right away.  According to the SL Wiki, it sticks around until the next bill review, to make sure you don’t still owe fees or anything… that would be the 1st of the month…

So now I can’t shake the feeling that He deleted His avatar that night, or the next day after He ‘slept on it’… and just never intended to come back.  His Kik was disconnected from the beginning… He never replied to offlines…. He was silent from Day 1.  Like He already knew He wasn’t coming back.  And I was just the stupid one to think He was.

So that’s the final thing on that, I guess… He deleted His avatar without another word and isn’t coming back.  And I’m the dumbass sitting here having wasted a month of my life defending Him to people who wanted nothing but the best for me.

I feel so stupid.

Sorry for the rambling… and the rawr… I think I just needed it all out there… to remind me of the shit He put me through, in case He magically decides to come back at some point.  After all, if you delete your avi, you can have it re-instated for a $9.95 fee.  What’s $10 to try and completely fuck with my life again at some point in the future?

Also, I was sick of answering all the questions individually.  So here it is.  How stupid I was and how He took me for a fool and broke my heart.

One thought on “Confession .195. Can’t Find Pieces Of My Peace Of Mind…”