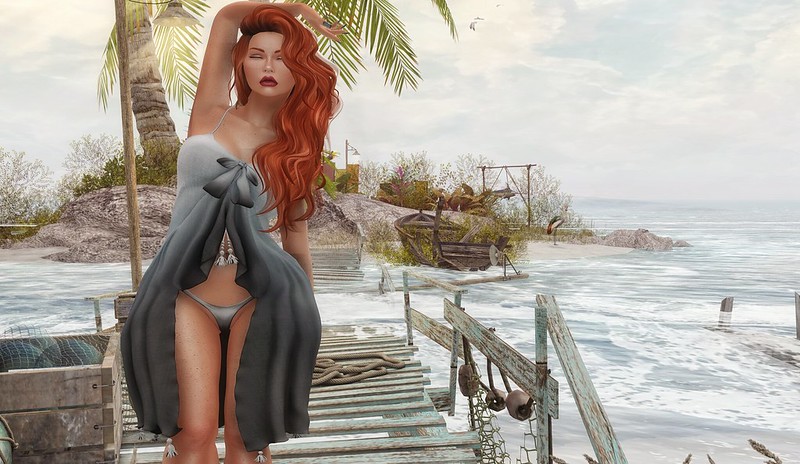 It’s been… several days.  And the reasoning for which I wish wasn’t the reason.  Was that vague enough?

I front.  A lot.  I will be the first person to admit that I do.  I really act like shit doesn’t bother me, when in reality, those who have been reading this blog for awhile know that I care WAY too much about what other people think sometimes.  I really do.  Like, it’s a problem.

And so I front.  I act like it doesn’t bother me, I smile and nod and go along with whatever else is coming next… but sometimes it bothers me.

And I hate that it bothers me.  Especially the bullshit, petty drama of random people on the internet who want to be anonymous and hide behind horrid photoshop rather than approach me to my face about an issue they have with me.  And yet, as much as the logical part of my brain knows that it’s just that… bullshit, and petty bullshit at that… the emotional part of me is still deeply bothered.

To the point that this one caused me to question myself.

I was telling a friend of mine earlier today, that whether you would believe it or not, I’m super sensitive about my photos.  I always have been.  Which is interesting, that people seem to find me arrogant when it comes to photography and/or blogging, but really… I’m super fragile about it.  Because I’m self-taught.

And by self-taught I don’t mean that no one ever helped me, because that’s far from the case!  I think I binge-watched so many of Daeberethwen Arbenlow’s tutorials and tried to learn those skills and put them into practice… people would comment on my photos and offer (constructive) suggestions, and I would take those into my workflow and make them work for me.  By self-taught, I mean that I didn’t go to college for graphic design.  I didn’t take formal classes.  Even in SL, I haven’t taken formal photography ‘courses’ that are offered – despite always highly recommending learning from the wonderful people at Visionaire.  I have yet to take the plunge into anything formal like that.

Before I took my blogging more seriously, I was just a hobbyist.  I tinkered around in Photoshop because it made me feel good.  Photo therapy is a real thing.  I’ve lived it.

But for the better part of a year – maybe more? – I was involved with a guy who DID go to college for Graphic Design… and I spent most of that relationship being told everything that was wrong with every photo I ever did.  How it could be better… and I’m sure He thought He was just trying to help… but the way His commentary always came across was that somehow I was less-than because I didn’t go to school for this, and He did.  ESPECIALLY if heaven forbid I would defend my particular vision for a photo in the face of one of his suggestions.

“Well that’s not how you’re supposed to do it.  Remind me again, who went to school for this?”

I was torn down for the entirety of that relationship, to the point that I didn’t want to do photos anymore.  It just… wasn’t something that made me happy anymore.  It felt more like a test, every time I opened photoshop.  What would I screw up this time?  How would I fail on this photo?  I don’t think it was ever His intention to make me feel that way, but after so long, I did.

And that self-doubt is something that bleeds into every time I do a photo still.

So to see what I saw, and read what I read… even coming from someone who didn’t possess the integrity to come to me and tell me they had a problem with me… who chose to remain anonymous and put their petty pants on… it shook me a bit.

And it wasn’t even so much that I was ‘afraid’ that my photos wouldn’t be good… it’s just that I temporarily lost that inspiration again… the same way I used to when my ex would tear down my work.  It threw me back in that frame of mind for a bit.

So I’m sorry to people that I let down in the last week or so.  I just had to get myself back.  I think I’m back… and thank you for bearing with me.