I’ll take every chance I get
Hold tight every single moment
If there was ever a time for change
Oh, it’s here and now…
And it’s time to soar… 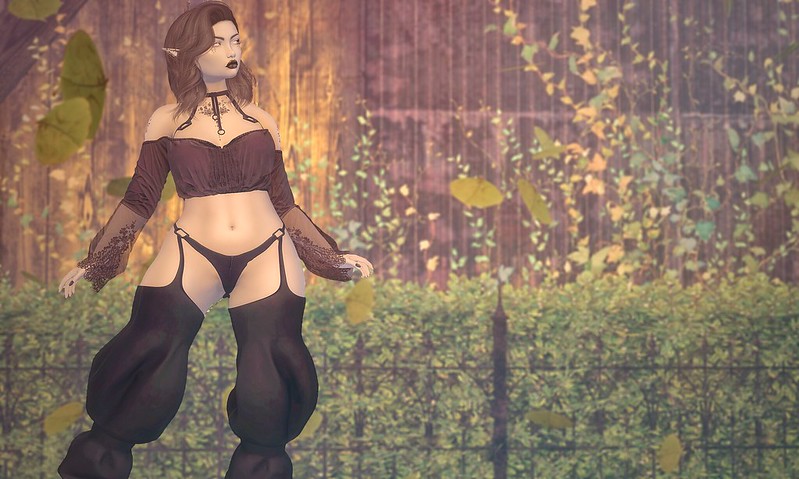 What am I doing at almost 4:30 in the morning the day after my wedding?  Blogging, of course!  Cause my flighty muse decided THIS was the moment to have some kind of inspiration.  Of course, I have no explanation for the Fantasy Bohemian Hippie Elf… that one you’ll have to work out on your own.

Also, of course, after I find a skin I love on myself, that is the look I’ve absolutely been looking for for ages.. the first thing I did was blog a different skin.  Lol.  This is my logic, I suppose… but it’s been a good while since I’ve done a blog with a good Fantasy Skin, so I was overdue.

This blog might be a little all over the place.  I’m still kinda ‘floaty’ from the wedding stuff.

Like… I’m not sure if you guys that read this understand… I’ve said this a few times over the past couple of days, but like… I’ve been in Second Life for damn near 10 years.  That’s a long time to be in any environment, real-time or virtual… and in those 10 years, I’d never been married.  I’d been engaged, twice, but the wedding never happened either time.  So for me to go so far as to plan the wedding… rent and decorate the venue… enlist a wedding party… like… this is the real deal.

And it was perfect.  I mean, it was slightly imperfect, but overall, it was perfect.  And what made it perfect were the people who were there with us, and the fact that it was Master that I married.

I remember when I pledged my previous sorority, and we had to wipe our profiles completely blank with the exception of a pick for business information if we had any, and our “Pledge” labels in the front of the profile… I had a mini panic attack in Master’s IMs.  Removing all connection to us… and we briefly discussed partnering back then, as a way to keep us connected that couldn’t be taken away by pledging.  Ultimately we decided against it, with the idea that it would make the wedding that much more special, that our partner boxes would remain empty until then.

And it did.  Like that might sound dumb to some of you that aren’t as emotionally invested in your friendships and relationships here as I am… but waiting until that moment when we were actually married to work out the partner box?  It was like the last piece of that puzzle.  The last bit that says, “Yep.  This is it.  You’re stuck with me.”  Lol.

I don’t know.  I just know that it was an amazing day, and one that I will remember for a long time.  Thank you to those who were there, and to those who couldn’t attend but were there in spirit.  Each and every one of you mean the world to me.  ♥

Forever it is, then.