Now tell me: How did my dreams turn into nightmares?
How did I lose it, when I was right there?
Now I’m so far that it feels like it’s all gone to pieces
Tell me why the world never fights fair… 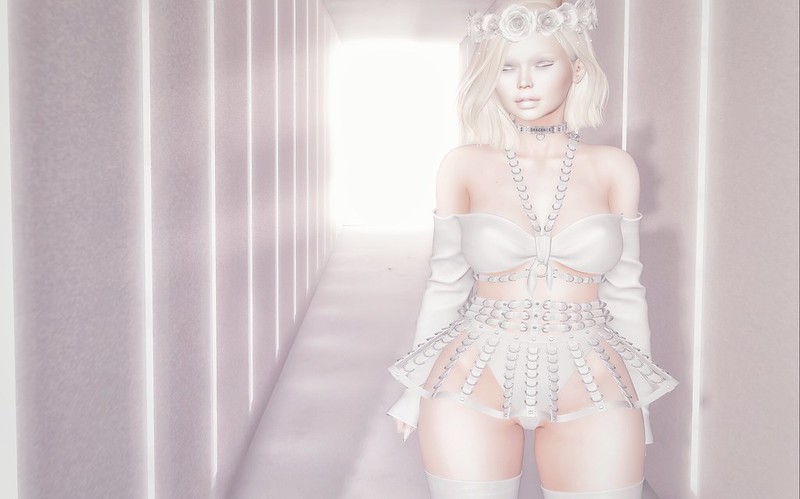 I’ve had these photos for days… and just haven’t known what to write really to go with it.  And I still don’t, really.  So this might be a relatively short post.

It’s been a hot minute since I’ve been a blonde, however for something this light, I figured it was more appropriate.  I still don’t really know what I want to say here, so you’ll have to forgive me if I ramble a little bit.

And if none of this makes any sense.

Lately… people have confused me.  I’m not exactly sure at what point in time honesty became a problem for some people… like…  a bad thing?  But lately I’ve run into a fair number of people who have had a particularly negative reaction to honesty.

And I don’t mean the kind of honesty that’s like… I was a bitch, but it was the truth so I’m just going to say I was being honest.  No… this was general honesty about myself, my feelings, what was going on inside my head at the time.  And rather than being like, “Oh, that’s cool… thanks for at least letting me know,” I got a varying range of responses.

… Someone that just outright ignored me from that point on… like they were MAD at me.

… Someone who got distant with me, telling me that I “made my choices” and those affected what happened from that point on.  Made my choices?  Really?

… Someone who lied to me… said they were cool when they weren’t.

… And the best one of all… someone who just ignored all of that, and everything I’d told them before… and just thought that everything would magically change the moment the situation became ‘real’… and THEN got mad at me when it didn’t change.

Like… I warned you… I dunno what you expected to happen.

I know this is all incredibly vague… but trust me, the full story isn’t as interesting as you might think.  Just dumb people doing stupid shit.

So, you know… every day on SL.