I’m not a stranger to the dark
Hide away, they say, cause we don’t want your broken parts
I’ve learned to be ashamed of all my scars
Run away, they say, no one will love you as you are… 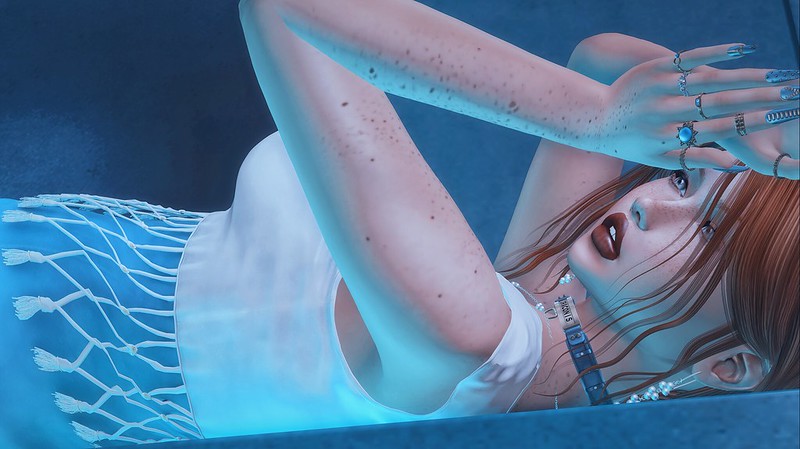 A lot of you reacted well to the last post I put up… giving you an insight into my brain when it comes to anxiety and when I’m feeling anxious… how that affects me… and why my behavior patterns might not seem normal to you, but they are very normal to me, giving what’s going on in my mind at that time.

Because of this, I thought I’d let you take a peek into the other bit of myself that affects me deeply… I’m an Aspie.  As a bonus, you’ll see my anxiety make a guest appearance as well.

We stare at each other awkwardly for a moment because I have no idea what I’m supposed to say, and this person generally assumes that I have an understanding of social normalcy that I clearly don’t actually possess.  The longer the silence, the more awkward and tense the situation starts to feel.  But hey, at least I said hello this time, because I’m really bad at pleasantries.  Usually I’ll just jump right in to what I was going to say…

Fuck.  I spaced out again.  What were they talking about?  Why were we talking again?  Fuck fuck fuck, now they’re going to think I don’t care about… whatever this is we’re doing here.  Breathe, Deia.  Breathe.  Be apologetic.  Be remorseful.  Don’t just blurt out…

“I’m sorry, what was it you wanted from me?”

Great.  Yeah, that sounded genuine.  Insert internal eyeroll.  Sarcasm seems to be about the one social norm I’m good at… but I can’t tell when OTHERS are being sarcastic.

“Got more important things on your mind?”

Yeah, I can’t really figure that out either.  Joking around with me just goes… way over my head.  I tend to think you’re serious, and of course if you’re joking about being offended, I will spend the rest of the conversation thinking you’re offended by something I said or did.  Or didn’t do.  Cause there’s plenty of things I don’t do in social interactions that I probably should.  But I don’t know I should.  Or if I do know I should, then I don’t know how.  Or If I think I know how, then I don’t want to try it because I might come across looking stupid.  And I already do that often enough, I really don’t need to again…

“I was just saying… I wanted to reach out to you, it’s been a little bit, and I wanted to see how you’re doing.”

“Not well.  I feel kinda outside everything.”

Deia… fuck.  Really?  You don’t just… say that to people.  People ask how you’re doing, you say I’m fine… how are you.  Even if you’re not fine.  No one actually WANTS to know how anyone is doing.  It’s just a polite question you ask at the beginning of a conversation.

“I just don’t feel like I bonded with a lot of people.  And the ones that I did, aren’t here now.”

Seriously, Deia, shut up.  They’re going to think you’re not grateful to be here, that you don’t enjoy yourself AT ALL.  That you hate them.  Fuck, they think I hate them.  Fuck fuck fuck…

“I don’t want to name anyone in particular.  Just… most people…”

Yeah, you idiot, because YOU don’t know how to interact with people.  Of course you don’t feel close to anyone… you don’t LET anyone get close to you.

“Well, have you tried reaching out to them?”

That’s a loaded question.  See… when it comes to me reaching out to people, this is what typically happens.  ‘Socially awkward’ is just a nice way to say I can’t hold a conversation, I go silent often, I don’t understand the subtleties that people use to communicate with each other, and oftentimes I leave the conversation more stressed out than I went into it… because it’s so overwhelming for me to just try and interact normally.  I don’t do it often, at least not with people I’m not close to.  People who don’t know me won’t get it… and people who do know me have learned that it’s just how I am, and they’re learning how to deal with me and still communicate effectively with me.  Fuck, they still think I hate them… I can’t get that out of my head… they must think I hate them… all of them… fuck.

“I do during events.  I just… wind up ignored.”

Which, truthfully, is fine with me in the moment.  Being ignored in conversation means I don’t have to converse and do this awkward song and dance I’m doing now… but in the long-term, being ignored ALL THE TIME in conversation just leaves one feeling like they don’t have an actual place among whatever group of people they’re conversing with.

Though sometimes that isn’t all bad.  There are merits to being invisible when you want to be.  It’s like my own personal invisibility cloak that just puts itself on and off.  Sometimes it happens when  I want it to, and other times it rips itself off in public and I’m left standing there with eyes on me and I have NO idea what to say or do.  And for the life of me I can’t pull the damn thing back on.  But other days, when I get to just hide underneath it all the time?  Those days can be fucking blissful.

But I guess being lonely every so often is better than running people off in conversation.  Honestly, if you talk to me regularly, we usually come back to the same topics… Blogging… Photoshop… Dancing… whatever project I’ve thrown myself head-first into at the time… or whatever observations I’m making about people in my invisible state.  And while those are great topics… most people don’t want to talk about them ALL THE TIME.   But they’re my safe places.  They’re my interests.  And they’re things I know about… so it’s like that comfortable place I can go when I am FORCED to talk to people and be social.

Of course this also leads to feeling challenged and personally offended when other people try to ‘correct’ me about my beliefs or opinions on those topics I’m passionate about, just because they dabble in it.  Sometimes I don’t think people understand my passion behind something… and just how much of MYSELF I dedicate to these things because they are the only things that make me feel semi-normal.  And in the case of blogging and dance, the only ways I can truly express myself the way I want to… because there’s no pressure to be a certain thing or act a certain way.

No one expects me to be anything when I’m blogging or dancing.  And if they don’t like what I’m being, then they are free to leave.

But people don’t get that, and they treat my passions as trivial things that they can just brush past me with… somehow lording some status over me because they get lucky with a few filters in Photoshop and know how to kiss ass.  That makes me angry.  No one is better than anyone else just because of who they work with… or where their work is featured.  Success is not measured in Flickr cover photos, yet I have people constantly walking all over my work just because it isn’t theirs… like what I do means nothing because it isn’t what they do.

And sometimes when I get angry I just can’t control it.

“Fuck you too… jesus.  I’m sick of you trying to make it like you’re better than me, or some of the rest of us out here.  You apply to EVERYTHING… literally everything even if you’ve never heard of the brand before, shopped it, or truly enjoy it… and then you kiss everyone’s ass, not truly standing up for any damn thing.  You’re as shifty as the god-damned sand on our beach they’re rennovating, and I can’t fucking stand it anymore!  Then, oh then, you get passive-aggressive as fuck if you’re rejected, or if you’re let go from a brand… making sure that eeeeeeeveryone, and ESPECIALLY that designer knows how sad you are.  Jesus fuck.  Get over yourself.  I can’t stand it ANYMORE.”

Welp.  Fuck.  Now this person DEFINITELY thinks I hate them.  But I just couldn’t hold it in anymore. I couldn’t breathe.  The weight of it was suffocating me to the point that I couldn’t work anymore… I couldn’t make photos I liked… I couldn’t put together anything that looked remotely good together, in my opinion.  I just couldn’t do anything.  These thoughts, before they come out, literally choke my creativity.

And not in the hot ‘choke me while you’re fucking me’ kind of well.

Fuck, that was inappropriate.  Sorry… that just happens sometimes.  There’s literally no filter.

Also, you might notice by the end of this that we’re in a completely different place than we started?  That happens a lot.  Sometimes I wonder if, as exhausting as it is for me to interact socially… if it’s not just as exhausting for other people to keep up with where my brain goes…

I’m sorry I’m not normal.  I really am… I think it would be a lot easier for everyone if I was.  But now that you know, maybe you’ll get it a little better?

Blogging Tune || “This Is Me” – Keala Settle