One seems to hear words of good cheer
From everywhere, filling the air
Oh, how they pound, raising the sound
O’er hill and dale, telling their tale… 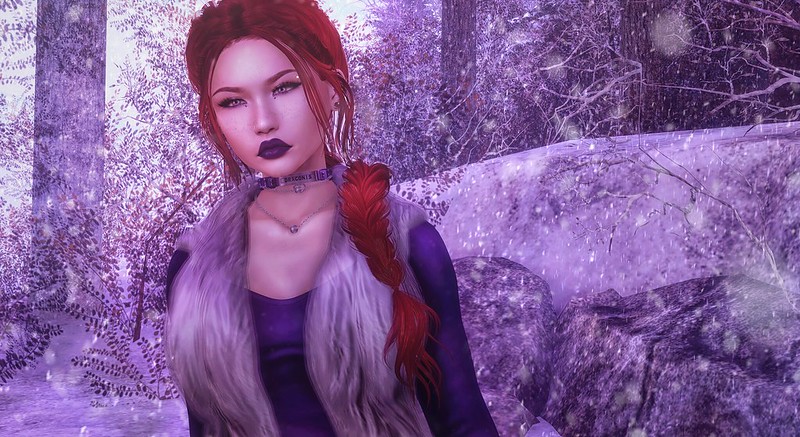 It’s really hard to get me in the “Christmas Spirit”, however… a good Lindsey Stirling version of a classic will at least make me smile.  And if you scroll down to the end of this post and listen to it, I think you’ll see what I mean.

This was always one of my favorite carols, if I ever had one.  A lot of people find it repetitive, but I find a bit of comfort and familiarity in that repetition.  It was always one of my favorites to sing too, when I was in honor choir in high school.  I was usually pretty sad that it wasn’t one of the songs we sang for our Madrigal Dinner every year… though, granted, I understood WHY… we were doing mostly medieval-era music… but like… it was pretty, so I always hoped it would happen.

Madrigal Dinner I think is the one thing that I both loved the most and hated the most about high school choir.

When I started high school as a Freshman, I was placed in Freshman Women’s Choir.  We had… several… choirs in my high school.  Freshman Women’s, Freshman Men’s, Pop Swing, Concert Choir, Bella Voce, and then Madrigal.  Your freshman year, if you’re in choir, you must be in your Freshman choir, either Men’s or Women’s.  From there, at the end of the year, you are voice tested and ‘audition’ for the choir you want to be in.  You’re allowed to express preferences, but ultimately it’s down to the choir teacher what choirs you would be allowed to schedule.  You don’t HAVE to schedule it… if you audition for Madrigal and don’t make it, you don’t HAVE to schedule Concert Choir.  You can just elect to not take choir that year.

And that’s what a lot of people did… lol.

The way it worked, other than the Freshman Choirs that were for Freshmen, the others had a bit of a ‘ranking’ in how they were thought about in our school amongst other choir kids.  Madrigal was the mixed-gender honor choir.  Men and women.  But because there were so few men, most men who auditioned and were serious about going into Madrigal would get in.  The real competition to get into Madrigal was between women.  That’s kinda why Belle Voce (pronounced “Bella VOH-chey”) was created.  If a woman auditioned and didn’t quite get in to Madrigal, but she didn’t want to send them to Concert Choir and the woman didn’t want to do Pop Swing, then they were usually put into Belle Voce, which was another all woman’s ‘honor’ choir.  I put ‘honor’ in quotes because it was CALLED an honor choir, but a lot of times it felt like Madrigal’s rejects.  Concert Choir was for the ones that usually weren’t that good… but still wanted to be in choir.  And Pop Swing was the show choir… there wasn’t a sense of status there like you see on TV shows like Glee, it was mostly just an elective choir… you only went in if you wrote it on your preferences and could sing as well as dance.

Madrigal Dinner is, as I’m sure you can assume, featuring the Madrigal choir.  They get custom-tailored medieval costumes, either depending on a handful of roles that are ‘casted’, or just general medieval style outfits for the rest.  Alllll the other choirs?  We are the ‘peasants’, serving the food, the drinks, etc.  Men are in their black choir pants and a white t-shirt, women are in a white dress shirt and a colored skirt that is part of the costume distribution.  So of course my Freshman year I HATED Madrigal Dinner, cause I was wandering around like a chicken with my head cut off serving a pavilion full of people (our pavilion contained, like, 1 and a half basketball courts, if that tells you how large it was, and how many tables we might have fit in our set up).

My Sophomore year I may have hated it even more than I did my Freshman year, because my Freshman auditions hadn’t gone well.  I just… wasn’t ready, in the eyes of my choir teacher, I did not get into Madrigal like I wanted, but I was offered Belle Voce, and ultimately took it because I didn’t want to be in Concert Choir with some of my tone deaf – bless their heart but it’s true – friends.  So not only was I still serving food, but I was serving food as one of Madrigal’s rejects.  That was the other part about trying to view Belle Voce like an honor choir… at the end of the day, we still ranked with everyone else for Madrigal Dinner.  Lol.

Junior year, I was sick during auditions and once again did not make Madrigal, so I was stuck in Belle Voce, serving at Madrigal Dinner.  Participation in at least one night of Madrigal Dinner was mandatory, so it’s not like I could just get fed up and not participate.  I was stuck, of course, again as one of Madrigal’s rejects.

For auditions at the end of my Junior year I went into it with the mindset of if I couldn’t make Madrigal for my Senior year, I just wouldn’t do choir.  Some might find that attitude childish, and perhaps it was, a little bit, but part of it too was that I was sick of being in an all women’s choir, on top of being rejected from Madrigal twice.  I had not sung with male voices since Middle School, and that was a problem for me at times because of where my range was.  At that time, my vocal range was from a 2nd Tenor (lowest of the Tenor voices before Baritone, usually a male voice) up through 1st Soprano (the highest of the Soprano voices, usually the ones doing those ridiculous high notes).  What part I sang on any given song just depended where my voice was most comfortable at the time, and I couldn’t fully explore my lower register without doing music that was  scored for male and female voices.  For 3 years I had ignored my tenor range and I didn’t want another year in choir being vocally unfulfilled – at least fully.  And I’m not sure if it’s because I was going to be a Senior and it was my last shot at it, or if I had truly improved enough to finally be allowed into Madrigal, but I made it.

And honestly, it wasn’t all it was cracked up to be.  Lol.

Sure, Madrigal Dinner was great… not having to run around and serve… but at the same time… Madrigal didn’t do all that much at Madrigal Dinner aside from some dialogue and a mini-concert in the middle.  So most of the time you were sitting there eating your own food while other people ate theirs and… stared at you.

For me, it was kinda awkward.  But it was nice to have that full experience.  And to have a year where I could sing Tenor occasionally if I wanted to – which I did at least once.