Maybe if I was a neon light
I’d lead your car right back to my door
Oh, maybe if I was a jukebox needle dropping on a drinking song
You’d want one more
If my name was Whiskey
Maybe right now you’d miss me… 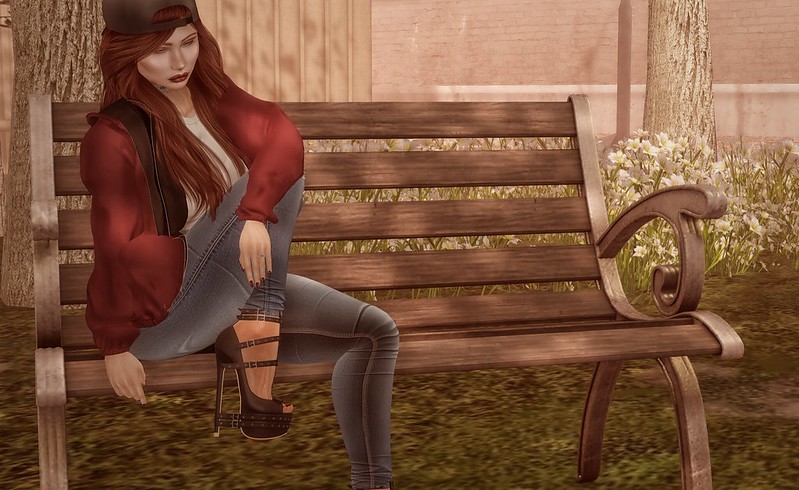 There comes a time where you’ve given so much to someone or something, that you have to see if it’s not being reciprocated.  You have to sit back and objectively look at what you’re giving and what you’re getting back from it and question whether the return is worth the effort put in.

And sometimes it will be unbalanced, and that’ll still be ok.  Other times, it will take sitting back and looking objectively at it to see just how much your efforts are being taken advantage of.

That’s happened to me a few times in my 9 year journey in SL.  And honestly at least part of it is my own damn fault… because despite touting that I’m a pessimist and a realist, I’m still too fucking naive to see when people don’t appreciate what I’m doing.  And I’m driven by this need to help other people, so I just find ways to convince myself that I’m over-reacting when I feel undervalued or overworked.

But I mean, is a “Thank you,” too much to ask for?  Or is expecting to get paid what you’re told you’ll get paid… not 2/3rds of it an unrealistic expectation?  Or is expecting someone to NOT treat you like shit too much?  Am I being an overly needy person by having the expectation that I will be treated like a person who is doing the job they were asked to do, and like an adult who can do these tasks on their own without needing to ‘prove’ what they’re doing every time you feel like asking?

And am I wrong to be a little irritated when I’m asked to do one thing/offered a job to do one thing and then later am told, “J/k.  But if you could do this thing over here, that’d be great.”  Like… is bait and switch an acceptable business practice now and I’m just out of the loop?

Today I was really saddened to hear that one of my favorite SL groups will be closing soon.  And I was even more saddened to hear the other group that they are touting as their successor, or inviting the members to go join them when this group closes.  Just because… I know who owns and runs this other group… and I know that it’s not as open and accepting as this original group was.  It’s not as helpful to the community as a WHOLE as the original group was.  They have their friends, and their inner clique, and that’s about all they care about.

So when I saw that notice, and read those posts, I had to stop and ask myself, “But what about those of us that aren’t the favorite children?  We just… no longer have a place to go, I guess?”  Which isn’t anyone’s personal responsibility, and no one should feel pressured to keep anything alive and going just because other people want them to, that’s not what I’m saying at all.  I guess I just feel bad that people are being led to this other group under the false pretenses that they will all be accepted with open arms, when fact of the matter is that maybe half of them will be.

And that’s a pretty big maybe.

Truly supportive communities in SL are becoming few and far between… and apparently now one less will exist.  It just wasn’t a good thing to log in to, I suppose, and that’s why I’m semi-flailing, semi-venting here.  Sorry if this offended you.  There are some truly nice people over there… but even the idea that it feels like “over there” is part of the problem.

We’re gonna start needing a redheaded-stepchild collective, when this group closes and some of us are ousted from the other one.

– Furniture, surroundings, and poses are all on-location at The Heights in SL. –

Blogging Tune || “If My Name Was Whiskey” – Carly Pearce