I can tell you what it feels like
To lose your home on a cold night
Can you see the blood in my red eyes?
Have another toke, we’ll forget life… 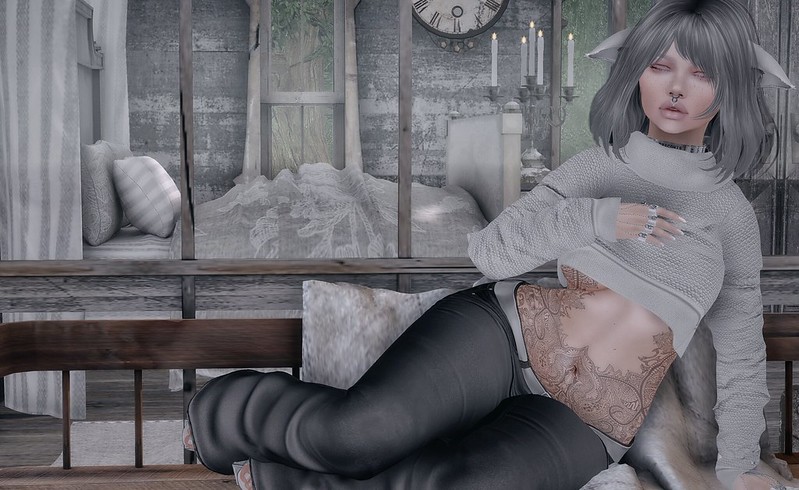 “We can bottle up our fear, brew a taste so sweet, knock us off our feet.”

The particular video of this song that I’m watching while I’m writing this has been out since July of 2016.  So my only question is…

WHERE THE HELL WAS I?!  I’m LOVING this song, and it’s been on repeat all night, hence it has managed to permeate this blog post.  Sorry, not sorry.

I feel like I’m at the point now where I need to put a disclaimer on my posts at times.  Sometimes, I talk about serious, heavy shit here… like my step-father potentially going back through cancer for a third time… or my sister’s father-in-law killing himself.  Other times, I talk about super trivial shit, like when I used to tell fail stories from GE raids I was in.  Still other times, I just chat about the items I’m wearing and the story behind putting the outfit together.

But if you’re not prepared to at least have a post or two ever month or so take on a ‘storytime’ kind of feel, based on this concept created in the Youtube sphere of creating clickbait-y melodramatic stories that go on for about 30 minutes with a story that 1.) really wasn’t that serious, and 2.) could’ve been easily told in under 5 minutes… then I’m likely going to irritate you.  Sometimes, I’m very serious here.  Other times, I’m fucking with you.  And the rest of the time, I’m just here to ramble and take pretty pictures.

I can look back at my Flickr feed and tell which photos are taken during incredibly stressful times for me, and which ones are taken when it’s like, “Meh, I should blog today…” and I’m not exactly feeling that need to create.  Believe it or not, while some people might do their worst work when they’re stressed out, because their focus is pulled in 600 directions, etc etc… I find that some of my best stuff happens when I’m stressed about other things, just because I can buckle down for those hours that I spend in Photoshop and just… release it all at once in whatever way I feel like expressing it through the outfits/background/photo itself.

I dunno, maybe I’m backwards.  It wouldn’t be the first time.

Do you guys find that you work better, or worse, when you’re stressed out?  ♥

(Also, let’s welcome Scarlet Creative to the crazy… thank you so much to Charlotte and Blazen for the trust to showcase some beautiful designs.  I had said from the beginning of this year that my 2017 goal would be to get better with Home&Garden&Decor posts… and while I haven’t tackled many DEDICATED posts to ONLY Home & Garden, I’ve gotten better at including my surroundings in consideration for the photo and crediting the items that I can.  The trust that Scarlet Creative is showing is an honor, and I hope to do well for them.  ♥)

Shape || Mine
Head || Chloe Bento Head (v3.0) | Lelutka
Ears || Neko Ears (Bento) | Sweet Thing
* Skin || Clara Skin (Pale 01) | Essences | Powder Pack for Lelutka (October) | new!
* Hair || Hannah (Black & Greys) | Mina Hair | Hairology | new!
* Top || Naomi Top | Masoom | Cosmopolitan | new!
– Also welcome Masoom to the craziness, another recent addition to my partnerships.  I’m super excited to be able to put some of Amber’s wonderful product out to you all.  Thank you Amber!
* Pants || Sadystika’s Flair Jeans | Cynful | Collabor88 | new!
– I’m OBSESSED with these jeans.  If you see them in more than one upcoming post, I’m not sorry.  There are so many options in the Fatpack HUD, and they come with versions for flats or heels… and they actually go down long enough the way I would wear them in RL (you know, when the backs drag the ground and you wear holes in them… lol)
Nosering || Karishma Septum (Silver) | Aisling
Collar || Inked Collar | RealEvil Industries
* Gloves || Juno Gloves Rare | Masoom | Lootbox | new!
Tattoo || Bohemian Full 14008 | Letis Tattoo

– A note here… Charlotte generously provided her new bloggers with her past Arcade collections to furnish the buildings that we would be blogging for her, and so a lot of this stuff is past arcade gachas.  At this time, I cannot find an area in the store with past gachas, but you may be able to find resellers on Marketplace.  Where possible, I will label just for your convenience which Arcade round these were found in. –

Blogging Tune || “Fly Away With Me” – Tom Walker