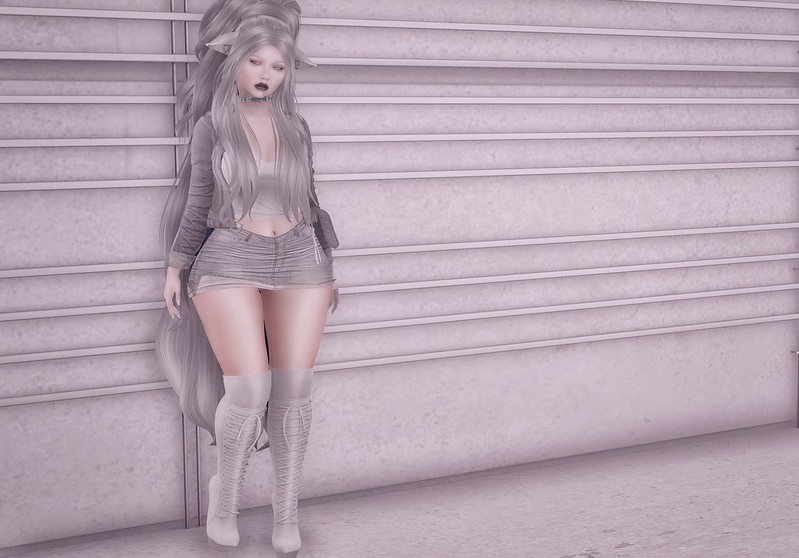 5 years in the modeling industry, supposedly I’ve been this horrible person the whole time right, and this is the first time I’ve wound up in SL Secrets.  And it was weak af.

Like… I’m almost disappointed THAT’S what they went with.  Though I’m even more disappointed that their edit of my photo was garbage.  Did you get my ex, the “graphic designer” to do it for you?

Yes, yes my hair is down to my calves.  I’m in LOVE with this hair.  Also… silver hair is a thing I might do more often?  I dunno… I’m kinda digging it.

Also, I wanted to do this blog yesterday (Saturday), however Hurricane Nate decided to interrupt with his melodramatic ass.  Everything was fine here, though when the satellite went out before my mother fell asleep, she came into the living room (I was staying at her house for the night, as it is much more of a sturdy house than mine) and laid down on the couch and refused to go back into her bedroom to sleep until the third band of storms (the one closest to the eye) came through, because she could hear the wind, and she was freaked out that the tree outside her bedroom window would come down, go through the board over the window and the window itself, and land on the bed.

Did I mention she was quite drunk by this point?  Then again, I’d had a few too… and since I don’t drink often, it meant I was likely as drunk as she was just off of significantly less.

The movie Taken came on one of the local channels around the time I decided to go to bed, though, so that was interesting to half-watch amidst the wind screwing with the signal.

All in all everything was fine.  Pop-up tornadoes all night and some strong wind, but it hit Mississippi rather than coming closer to us like it was supposed to, so that was a blessing for us.

And to those of you that thought the SL Secrets thing would affect me more than it has, send me all running and hiding and shit, afraid to say anything else to anyone else?  I can’t be bothered.  Those that know me know what’s true, and that’s all I really care about.

Besides, why should I feel upset at the opinion of someone to whom I would have to explain the extent of what I do in SL with crayons and hand-puppets?  Sorry, all out.  ♥