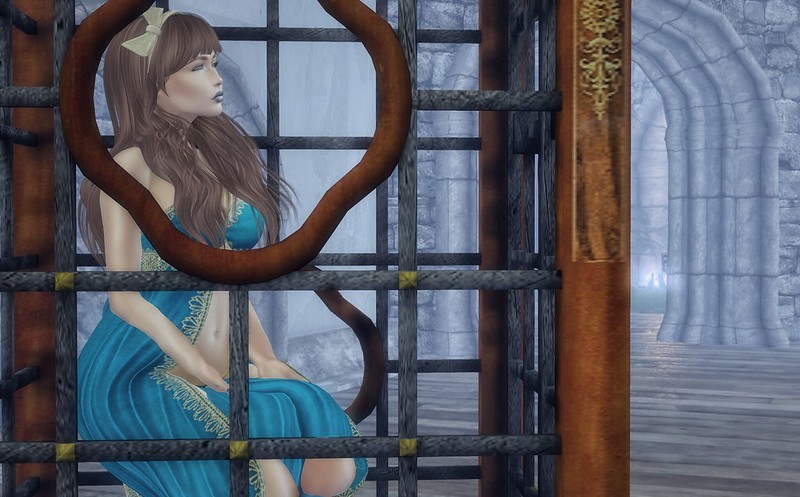 Today I want to have a chat about Maxwell Graf.  You may or may not have heard that name before.  He’s the creator behind the store Rustica.  Maybe that rings a bell for you now?  But even if it doesn’t, I urge you to continue reading.

Max is in need of our help… and here’s how some of the most brilliant minds in Second Life are joining together to provide some aid.

First, Plurk is something whose purpose has eluded me as of lately.  I was one of the first few SL’ers on Plurk several several years back, and really only got it because a close friend at the time made me.  At that time, no one was using it for marketing their blogs or their stores or anything… it was just a bunch of us shooting the shit, and we made up a very small percentage of the grid.  Now it’s blown up into something almost as big as SL Facebook… likely because of Facebook’s affinity for flagging avatar accounts as ‘not real’.

Anyway, over the weekend, people started sharing a plurk from Maxwell Graf.  I passed it by the first time, thinking it was an advertisement, but for some reason, by the third one I’d seen, I opened it up and started to read.

“Cheryl and I are being evicted, quite suddenly, from the home she expected to live in for the rest of her life, where we have lived since I moved here to be with her.  We are to vacate immediately.”

Now, at first, I almost stopped reading.  Not that I was trying to be terribly insensitive, but just that I see this a lot with people in SL… something happens in RL and they take to Facebook or other social media, to either vent about it, or ask for help in some way, shape, or form.  I’ve been guilty of it myself.  But at a time where financially I cannot afford to donate to a GoFundMe or something, I almost closed the plurk so that I would have to read the rest of the story, get sad, and then feel like a horrible person for not being able to help.  But… despite the impending guilty feeling I knew I’d have… I kept reading…

“We moved here in 2010 to take care of her parents full time and to provide the help they needed so they could make the end journey at home with some dignity and comfort (they were both 80, one had cancer, the other dementia and cancer).  We took care of them until they passed in 2013.  It was a long, hard journey, as anyone who has done home hospice care will tell you.”

Now.  This part in particular hit home for me, and I had to stop reading again.  Like… I was going to get emotionally invested and then feel like a demon for not being able to help as much as I wanted to.  I moved to Alabama 4 years ago to help my mother take care of my grandparents both, so that they to could make that end journey at home with some comfort.  Mom had always promised her parents they’d never end up in a nursing home, and she made due on that promise with my help.  I’d just lost my own father, so picking up everything and moving 12 hours away from my hometown was just… inconsequential to me, and I got to spend a lot of quality time with my grandparents before they both died.  So I get exactly their motivations for being there.  I could only imagine where this story was going…

“After they passed, the estate continued to pay the mortgage, as they had been doing while alive, through a commercial property, which was financially managed by a sibling.  It was supposed to be sold and the trust dissolved and assets divided.  The house would then to go her as part of her share.”

Oh god… I could see where this was leading…

“As a way of saying thank you, the 2 siblings have decided we must get out, that the estate will not only not pay the mortgage any longer, but that we are not allowed to even stay here and pay it.”

That is the gist of what is going on, without quoting several other sentences of bank drama and Maxwell trying to pre-emptively answer those people who would likely say, “Can’t you do something to stop them from making you leave?”  Apparently there are ways they can pursue legal recourse later, but there’s no way for them to stop what’s going on RIGHT NOW.

But this was the cool part… unlike anyone else I’ve ever really seen take to the SL community to ask for help, this man, in his humility, asked for a very simple thing:

“What I am asking is that you take a visit to my sim (Rustica) and purchase an item or two, or visit my admittedly small marketplace store and find something there.  If you want something but it costs too much, IM me and I will send it to you for whatever you do have, that works too!  Every single item will make a difference in this crazy transition, and I honestly have never needed your help and support more in my life.”

With humility like that, and apparently the huge impression that Maxwell has made on the SL community as a whole – I don’t know him personally, but watching Facebook explode for this, I can only assume he’s touched many many lives – the community couldn’t take this sitting down.

Thanks to the quick thinking of Charlotte Barlett and Sophia Harlow, the event ForMax has been breathed into existence, with the participation of some of the most talented minds that Second Life has to offer.  Thanks to a donated sim by Callie Cline and the participation of hopefully 50+ designers, ForMax will have the following timeline:

From what I can tell, they are still accepting designer participation, any sort of release is welcome. Something new, something recolored of a past release, as long as it’s something that can remain exclusive to the event for its one-week duration, and you’re willing to set it for donation of 75% or 100% to the cause.

If you’re a Designer interested in participating, contact Charlotte Bartlett or Sophia Harlow directly in-world via IM.
If you’re a Blogger interested in spreading the word, contact Sophia Harlow directly in-world for pertinent information.
If you’re not a Designer or Blogger, but still want to help?  Keep a look out for the event LM when it opens on October 3rd and go shop your heart out!  75% or 100% of each sale will be going straight to help Max.

Thank you for listening.  Today being the three year anniversary of my own grandmother’s death, it seemed appropriate for me to try and share this and get this out there.  As one of her caregivers, I could never have imagined being treated that way by someone else who supposedly loves me and my loved one… I cannot imagine the emotional turmoil these two lovely people are going through.  So please, consider helping in whatever way you can.

Blogging Tune || “Last Of The Real Ones” – Fall Out Boy