I buy my own things
I pay my own bills
These diamond rings, my automobiles… 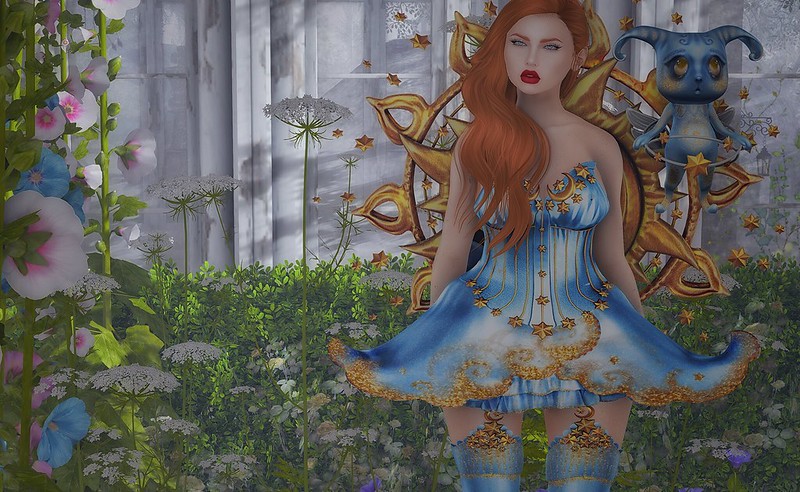 Is the fashion world in Second Life dead?  Has fashion modeling died?  What the hell is going on with it?  I’ve seen these questions flying around the last month-ish or so… and I finally wanted to take a moment to breathe, sit down, and chat with you all a little bit about my experiences.

The good and the bad.  *Sips her tea*

My blog originally started because it was something I thought I *needed* to have when I was competing in my first SL modeling pageant.  When I was seeking sponsorship of outfits/accessories/etc for the varying themes (because that’s what I was taught to do), I found myself sitting there going, “Well hell… I’m, like, brand new… I don’t know what to offer these people in exchange for sponsorship.”

So I started a blog and promised to feature my competition stylings on there as an effort to promote and advertise their creations to whatever audience I might be able to gain – if I could gain any.  And thus, “Confessions of a First-Time Pageant Model” was born.

Yeah, that was the original name of this blog.  Shut up.  I didn’t know what I was doing, ok?  (Some of you might argue I still don’t.)

Oh!  In case you haven’t seen the video and blog post that sparked this debate… from what I can tell… I’ll embed the video below, and the original response blog post that people seem to keep linking back to is HERE.

The video was originally created by Crista Wellens, and all opinions expressed therein are solely hers.  I am not claiming to agree or disagree with any particular point… same as with the initial response blog post.  Here in this blog post of mine, I’m simply sharing my experience as both a Model and a Blogger.

In addition to having no idea how to promote any sponsors who may participate with me in that very first pageant – that I will not name, for fear of being seen as ‘promoting’ an organization that lacks any integrity whatsoever – I had also attended a modeling academy that taught me, as a model, I MUST have a blog in order to be successful.  I’ve always taken absolutes with a grain of salt… but that, for whatever reason, stuck in my head.

Like… “Well fuck, I guess I HAVE to get decent at this…”

And it always seemed like whenever I would get heavy into runway modeling, or pageant modeling, or whatever… that I would let my blogging slack.  And whenever the pressure of modeling would become too much, I’d go heavy into my blogging.  It’s like neither could co-exist… for several different reasons.

One of the things they heavily rely on preaching in most all modeling academies is this concept that “your face is your brand”.  I remember regurgitating that particular phraseology for so long.  This was also the biggest argument against pre-Bento mesh heads in the fashion modeling community.  Before Bento, when mesh heads pretty much were made the way they were made and you couldn’t change them, models began to freak out and flail around screaming, “But if we all wear the same heads, we will all look the same!  And your face is your brand!”

It’s like this horrible-flavored koolaid that we were given that everyone just smiled and kept sipping at to keep from offending the host of this horribly-organized garden party.

When bento came around, the modeling industry finally started to slowly accept that mesh heads were a thing they wouldn’t be able to get away from.  That’s all well and good… but that idea that “your face is your brand” still never went away.

And it was that oppressive attitude that made blogging not fun when I was a model.  I’d had this idea beaten into my head… especially via pageantry… that I couldn’t change my face shape, or my skin tone, or my hair color too much… or I would look different than ‘myself’, and I would ‘lose my personal branding.’

Because remember… your face is your brand.  *Sways back and forth with some kind of trance-like stare*

It wasn’t until I took a HUGE step back from runway modeling and pageantry and all of that craziness and really delved into my blogging that I felt any kind of creative freedom in my Second Life.  It was like suddenly I could breathe.  I could be free to wear WHATEVER skin tone from a blogger pack I damn well pleased, and no one would yell at me about how my face was my brand.

Screw my ‘brand’.  I want to have fun.  And I’m FINALLY having fun, primarily as a blogger.

I feel like I relate to people more in my ‘short shape’ when I’m showing them things in a blog post, than as some tall, lanky… thing… that looks like I need to eat more… with my torso and legs stretched all to hell, despite that it probably doesn’t make the clothing look the best because literally NO ONE outside of models really looks THAT tall and stretched out… like… how am I supposed to sell clothing to a customer-base of people that can’t relate to me AT ALL when I’m in a ‘model’ shape?

The short answer: I can’t.  Maybe that’s why bloggers have evolved into a better form of marketing and advertising than fashion shows, in addition to a lot of the financial concerns that have been brought up and beaten to death in other replies… so I won’t go over them again here.

Honestly… here is my particular opinion and response to this idea of the death of the fashion/modeling industry, as summarized as I possibly can: I agree with those who have rephrased the question to “Is the MODELING world dead,” because fashion itself is alive and well… and always will be.  It’s modeling that has been struggling.  And while I believe some of the responses thusfar have made incredibly valid points that I won’t reiterate… one thing that has not seemed to be addressed before this particular post of mine is… STOP BEING A DICK TO EACH OTHER.

Stop telling everyone they HAVE to do this or they MUST do that.  If you oppress the hell out of everyone, then you suppress every ounce of creativity they have, and eventually you’ll just churn out carbon copies.  Or, even worse, you’ll eliminate the desire for anyone to continue to do this.  You want people around who are still passionate about modeling and keeping the industry alive and well and helping move it forward with the times as Second Life evolves?  Quit being a dick to them and making them leave.

Being nice to each other really isn’t that complicated.  I promise.

You can’t expect to burn your bridges and then wonder why you’re stuck in the middle of nowhere with no way to go… ash and black smoke all around you.