Most girls are smart and strong and beautiful
Most girls word hard, go far, we are unstoppable
Most girls, our fight to make every day
No two are the same
I wanna be like, I wanna be like most girls… 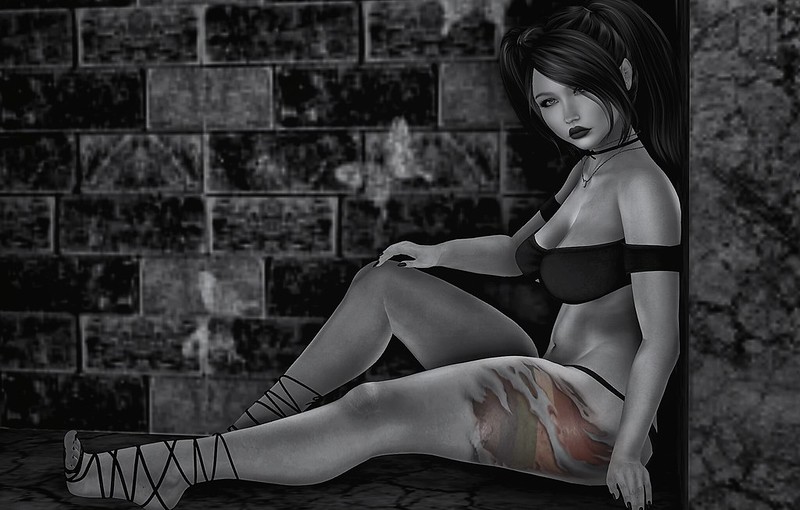 “You know, some days you feel so good in your own skin, but it’s ok if you wanna change the body that you came in.  Cause you look greatest when you feel like a damn queen!  We’re all just playing a game, in a way, tryna win that life.”

I love this song.  Like… love it.  Lately, the songs I’ve been blogging, I’ve heard on the radio (I know, right?  That still exists?!) in the car on my way home from work.  The station I listen to prides itself on playing what ‘YOU want to hear’, so every day at 5pm local time, they do a “Test Drive At 5” with a new song, then they ask on Twitter for thumbs up and thumbs down.

And one of the comments from the comment section of the video sticks out to me.  The comment-er spoke about how what she likes most about this song is the use of ‘most girls’ and ‘some girls’.  This song isn’t about putting us in a box as a gender, or putting anyone in a box based on their anatomy, for that matter.

It’s just an emphasis on strength.  And I love that.

Soooooome of you know I’m pansexual.  Which basically means I’m attracted to people, not their physical sex (i.e. their anatomy) or their psychological gender (i.e. what they identify as).  If you didn’t know this about me… surprise!

It took me what felt like ages to ‘come out’ to my mother.  Like, granted, I wasn’t coming out as ‘gay’, and I didn’t grow up in a particularly religious family, so it’s not like I was afraid of my mother disowning me or hating me or anything.  But when it came to my mother, even the idea that I might mildly disappoint her was terrifying.

And that was mostly self-imposed pressure.  Like… she never expected me to be perfect.  I got B’s and C’s mixed in with the mostly-A’s I got in school.  I stopped being able to focus in Junior and Senior year, and my grades slipped a bit and it’s not like the world ended.  So where suddenly I got this idea that she would be uber-pissed if I told her I wasn’t completely straight… I’m not sure.

But I remember when I decided there might be some hope in telling her.  I may have told this story already a couple years ago, and if I did, I’m sorry to those of you reading it again.  For those who have come in since then, welcome!

Where I grew up, we had a sort of street fair every year.  It was to celebrate a locally-famous poet that was born, raised, grew up, etc in my hometown.  Local vendors sold art/produce/etc.  Business came out to participate as well.  There were games, food, etc.  It always felt like longer than it was, but I guess it was only, like, a Thursday-Sunday.  But when you were a kid, you looked forward to it every year.

It was like Mardi Gras for elementary/middle/high schoolers.  Huge things didn’t happen in our town… where we hung out as teens was the Walmart parking lot, or the high school.  Lol.  So this festival was a huge thing for us.

Anyway.  It was before I could drive… I remember this because I came to the festival with my parents and brought a friend with me.  Mom told me she’d be at the Legion whenever we were done and wanted to come back and hang out for a bit.  So we set out into the festival… had fun, bought things we didn’t need, got food, played games, listened to some of the live music, etc.

We weren’t quite ready to go, but for whatever reason, we needed my mother.  I dunno if we left something in the car, had a question, or something… but I remember my friend and I going back to the Legion to look for my mother.  They had a fish fry or something going on in the upstairs so we looked all through there and couldn’t find her.  We went downstairs into the ‘bar’ and general hangout area and couldn’t find her there either.  Because I’ve been going to the Legion for years and everyone knew my parents and grandparents – and by association, me – I asked someone randomly if they had seen mom, and their reply was, “I think she’s still at your sister’s wedding.”

The hell?  I didn’t know my sister was getting married…

So my friend and I waited… and waited… and when mom got back, my first question was, “Who got married?”  Mom got that ‘oh shit’ look on her face and sat me down to explain to me that one of my sisters had gotten married… but had married another woman.

It was kinda cute the way mom explained it to me like I didn’t know what it was.  Like… I may not have been old enough to drive, but I wasn’t, like, a small child.  I knew what being gay and lesbian was, obviously, and – even if mom didn’t know – I knew I wasn’t straight.  But I sat there and smiled and nodded, listening to the story.

I didn’t tell her that day, though.

I waited a bit… watched.  My sister brought her wife around, and she turned out to be a really cool person.  I liked her, my family liked her… and more importantly, my mom liked her.  That woman eventually became one of my mom’s closest friends.

About a year later, when their friendship was super close, even after she and my sister split up, I figured it was safe to sit my mother down and tell her.  After all, she couldn’t hate me for being pansexual if her best friend was a lesbian, right?

All in all, it was pretty anti-climactic.  Like usual, I’d kinda worked it up in my own head to be a bigger deal than it was.  My mom’s a pretty laidback, chill person most of the time, so she took it in stride.  She had no idea what pansexuality was, and she thought it was “a weird way to say bi”… but I didn’t quite delve into explaining to her that I have the capacity to be – and have been – attracted to transgendered and non-binary individuals.

I also never got into explaining my belief in the division of physical sex and psychological gender.

But, the key thing was… she knew I didn’t only like biological boys.  And that was the point at the time.

Now, at age 27, I’ve still never delved deeper into it with her.  As I grew up, we kinda became political polar opposites.  So I’m actually a little afraid of how she would react to all the deeper stuff behind simply, “I’m not straight.  I’m what’s called pansexual…”

So I’ll hang out safely in my corner, and deal with that if I ever bring a transgendered or non-binary person home to meet my family.

God, THAT will be an interesting day…

… As for why I picked this song?  A lot of it was the reasons I posted above… but… most girls are all these things.  But I thiiiiiiink I might like one in particular.  *Nods lots* * Pose (close up) || Simpli Series IIII Two | an lar Poses | Shiny Shabby | new!
Pose (full) || I began with a pose I purchased, but modified most of the limbs, so it became something entirely different.  Sorry, guys!