I keep dragging around what’s bringing me down
If I’d just let go, I’d be set free… 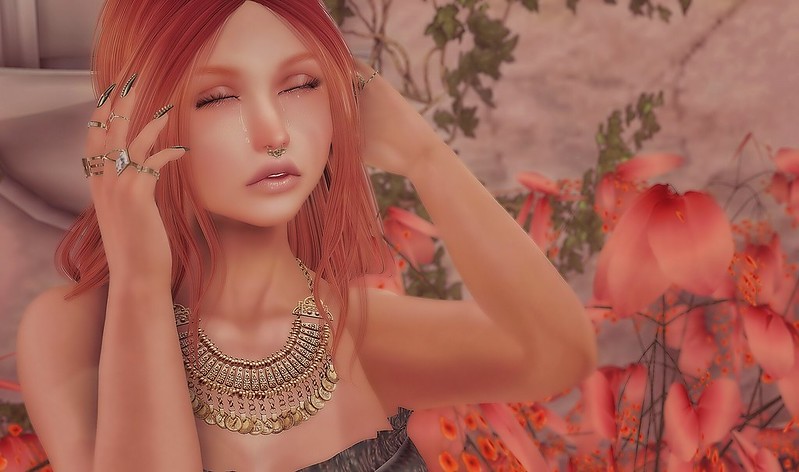 May 14th, 2017.  Mother’s Day here in the US.  Normally I don’t think much about it, aside from celebrating it with my own mother.  Though she and I are incredibly close… so it’s not like “This is the one day a year I hang out with my mom.”  Not quite.  We’re together a lot.

So today was mostly just another day, aside from my taking her to lunch in an INCREDIBLY crowded place that she chose.  Heh.

But for me… it was what I’ve been seeing on Facebook the past couple of days… that has sparked this particular post.

Facebook has these ‘frames’… most of us are familiar with them.  When it comes to specific causes or holidays, we get the option to temporarily add a ‘frame’ to our profile picture, set it for a temporary length of time, and then it’ll change back to normal.  I’m usually pretty ok with the frames… some of them are even pretty neat.

But one of the ones for Mother’s Day has been irking me.

One of the frames I’ve been seeing for Mother’s Day, down at the bottom, says “Many women do noble things, but we surpass them all.”  Now, this post is not me disagreeing with how amazing mothers are.  I fully agree there.  My own mother is one of the strongest women I’ve ever met.  And her step-mother, who has passed, was also a very strong woman.  I come from a family of very strong, independent women, and I wouldn’t have it any other way.

That’s not the part I have a problem with.

The problem, is that this statement implies that those of us who aren’t mothers are somehow lesser.  “… but we surpass them all.”  As though being a mother is some status symbol that makes you better than me.  Regardless of the circumstances behind WHY I don’t have children… I am somehow less noble than you, simply because you are a mother.

And now there are some who put the frame up just to celebrate the fact that they are a mom.  They mean no ill-will by it whatsoever.  And in fact, most people on my friends list who used it likely fall into this category.  But there are some… and I’ve seen it in their posts the last couple of days… there are some that lord motherhood over the rest of us, as if they’ve unlocked some achievement and are at a higher stage of self-actualization than those of us who aren’t mothers, simply because they ARE one.

That’s not ok with me.

By now, if you read through my post that described my ER fiasco, then you know I have poly-cystic ovarian syndrome.  Women with PCOS are less likely to be able to conceive children.  Our cycles are irregular, our ovulation is irregular… and our hormone levels are incredibly irregular and often lower than most women our age.  Myself, at 27, when my bloodwork came back, had the hormone levels of a post-menopausal woman.  POST-MENOPAUSAL… at 27.  Thankfully, there are hormone treatments for that, but none of these things that treat the symptoms will 1.) Ever make the condition go away, or 2.) Ever guarantee that I can actually conceive a child.

I was sitting in my doctor’s office Friday for my appointment, and she was talking about putting me on birth control, so that I can simply get some sense of regularity to my cycle.  I said I wasn’t opposed – I was 27 and had never been on it… so she was concerned I had a religious conviction against it – but that I was always afraid of it, because I’m trying to LOSE weight, and I know weight gain is common with some birth control.  She started explaining how the benefits outweigh the potential side effects… and one of the reasons is that when women with PCOS release eggs… we’re releasing MORE than the average woman in a given month… and then if we don’t actually ovulate and menstruate that month, then however many eggs we just released… go to waste.  Birth control is a way to reduce the number of eggs released every month, and save them for such a time as you decide you want to try to have children.

When she was finished explaining about ‘saving your eggs’ through birth control, I just started to cry.  She looked shocked, and I apologized immediately and said, “Sorry… I guess I just never knew what was happening with my body with all of this, since it’s still really new to me… so I kinda just realized that I’m 27, so if it’s gone untreated this long, who’s to say there’s any eggs left to save?”

Who’s to say I’m ever going to be able to have a child whenever I DO get to the point that I’m ready/would like to try?

Quit trying to punish me for my body… it punishes me enough.

Shape || Mine
Head || Catya New Rig (v2.10) | Catwa
* Skin || Felicity (Jamaica Tone) | Glam Affair | Collabor88 | new!
Tears & Redness || Tears Applier | Izzie’s
* Hair || Shelley (Reds) | Mina Hair | Ultra | new!
Body || Lara Body (v4.0) | Maitreya
Hands || wearing Maitreya bento hands, included with bodies 4.0 and later
* Dress || Zafira Gown (Moss) | The Annex | We ❤ RP | new!
Septum Piercing || Dark Queen Septum Ring (P6) | RealEvil Industries
Rings & Nails || Elektra Nails & Rings | RealEvil Industries
Necklace || Rhapsody Necklace (Expanded) | Empyrean Forge | new update!
– Last week, I received this box as an update to the Rhapsody Necklace I purchased.  I couldn’t find a notecard in the box that explained exactly what ‘expanded’ meant, but from what I can tell, there are several additional color/metal options from the original Rhapsody necklace, so if you received this update, I would encourage you to unpack it and give it a look-see.  If you passed on purchasing the Rhapsody Necklace before because of lack of options, you may want to go check it out again.

One thought on “Confession .92. I’m Holding On To So Much More Than I Can Carry…”