If I fall, get knocked down
Pick myself up off the ground… 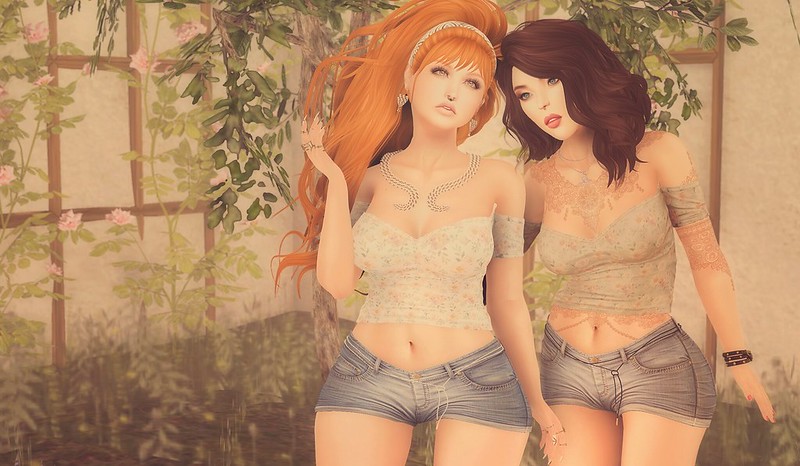 Which is why it’s so strange to me that I’m pretty sure this is the first time we’ve truly collaborated.  But, to be fair, that’s likely my fault.  Cause I’ve always been relatively terrible at pictures that involve more than one person… so I’ve always been wary about pulling someone else into my little slice of the world over here, and then not being able to make them look as amazing as they deserve.

At least Nova wouldn’t kill me if this turned out shitty.  LOL.

… so of course her response to that last line is, “Or so you think.”  So if I never post again… RIP me.

But anyway.  This woman has been the constant through everything.  In fact, we’ve grown close enough that most people who meet us at relatively the same time… tend to think we’re the same person, until they get us in open voice, in the same place, talking at the same time.  (I guess even talking at different times, we sound somewhat similar… so some won’t believe we’re different until one of us accidentally… or accidentally on purpose, you know, same difference… interrupts the other.)  It usually takes quite awhile for people to understand that we are, indeed, different people.

My apologies for that, cause it means the bar is set pretty damn high.

Loyalty is something that means a lot to me… so much so that I likely show it to people who don’t deserve it, and it takes me way too long to give up on people who clearly aren’t worth that loyalty anymore.  But in all that sea of bullshit, you know who’s been constant, and has been the epitome of what loyalty is to me?  Nova.

That’s not to say that she always agrees with everything I say, kisses my ass when I’m clearly in the wrong, etc.  In fact, just the opposite.  She has absolutely NO fear to say, “Tivi you’re being a fucking idiot right now.  Stop it.”  She disagrees often, and isn’t afraid to say so.  Lol.  We often find ourselves stuck in loops of, “Well, yeah… but…” types of conversations.

But in all of that… in disagreeing with me, in reminding me when I’m wrong, in telling me when I fuck up, and in showing me the mirror when it needs to be shown… she’s still there.  She doesn’t say, “Jesus you’re a cunt, Tivi.  Fuck you, I’m out,” and just walk away.  Perhaps she believes that people have the ability to be inherently good?

I’m honestly not sure what keeps her around… but I can tell you one thing: I’d not be here if it weren’t for her.