And now your song is on repeat
And I’m dancin’ on to your heartbeat
And when you’re gone, I feel incomplete
So if you want the truth…
I just want to be part of your symphony… 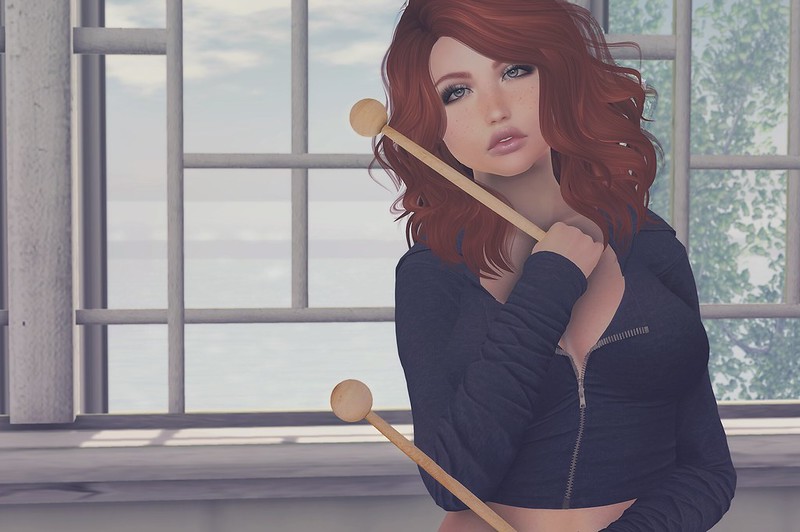 “Now I can’t find the key without you.”

I’m having a mini identity crisis… so please forgive the sad nature of this post and the ‘woe is me’ moment that I’m about to have.  You’ve been warned.  I simply didn’t realize how big this regret was in my life until recently, and I kinda need to get it off my chest.

Welcome, sounding board.  I love you for being here.

Most of you know by now I work in a Cardiology office.  In the office, there are two Thoracic Surgeons that see patients for follow-ups, pre-ops, etc.  There are two major procedures I see on our schedules a lot… “TAVR” procedures and “CABG.”  It’s the latter that sparked this post, believe it or not.  For the weirdest fucking reason.

CABG stands for Coronary Artery Bypass Grafting.  But because of the way the acronym looks, when we talk about it, we’ll usually refer to it as “cabbage”.  That has sparked some memories that have, recently, made me sad.

In high school, I was a band geek.  I started out in 6th grade as a French Horn player.  And let me be real with you… French Horn is hard enough to play… but factor in that I’m, like, 11 years old at the time and it’s my FIRST instrument… I almost quit band then and there.  Lol.  But mid-year, I switched to the Clarinet and kept that.

When I was in 8th grade, the high school band recruited some of us to join the Marching Band, even though we weren’t in high school yet.  The class system for competition classed bands based on school size, and not band size… so our school population said we were a Class B band… but all the other Class B bands were HUGE in comparison.  They needed all the extra bodies they could get.  I had a bad knee… and I tried asking the director at the time if I came in, if I could join the pit percussion instead (the stationary percussion at the front that doesn’t move/march).  He told me no.   If I was joining, I had to join as the same instrument I played.  Fair enough… I gave it a shot…

… and ruined my knee further…

But my freshman year of high school, we  had a new band director.  I explained the situation to him, and though I hadn’t done any kind of percussion work before, aside from playing keyboard for my church (no, I’m not joking… that was the extent of my percussion experience prior to that point), he allowed me to be in the pit instead of marching.  He was the reason that I remained in band.  He’s the reason that I fell in love with percussion.  Even so much so that I joined Winter Percussion for the first three years of high school.  He gave me the experience of helping our Winter Percussion win World Championships my junior year.

I fell in love with everything I played.  I was put on the Xylophone my first year… which terrified me.  The loudest keyboard-based instrument in the pit… and you put the newest pit member on it.  But it forced me to learn fast and become a perfectionist because if I personally did anything wrong or hit wrong notes… the judges would sure as hell hear me.  That bled in to my first year in Indoor as well… I played Xylophone there too.

My sophomore year, not only did I play Marimba… a larger, wooden thing of beauty… I was ‘section leader’.  Basically that just meant that if my section fucked up, it came down on me in leadership meetings.  Lol.  Same thing for Winter Percussion, playing Marimba… and that was one of my favorite Indoor shows to date.  We did Jethro Tull’s “Songs From the Wood”, which you can hear the original of if you click the song name.  The pit was in the back, which was a listening nightmare… and we were barefoot that year, which resulted in my getting a tetanus booster after cutting my heel on a rusty bass drum… but it was an amazing year.

My junior year, however… I got to play the Vibraphone, in both marching band and Winter Percussion.  The vibes are the metal keyboard-based instrument with the pedal that you can use to extend the notes longer.  I loved the element of challenge in kinda re-teaching myself how to move up and down the keyboard with my foot in place over the pedal, pressing and releasing where needed.  That year in Winter Percussion I had 3 solos, as it was sorta like my ‘senior’ year… they knew I wasn’t coming back for my last year, because I had other winter commitments I wanted to see through.  So I began the show alone, musically, ended it alone, and had something in the middle… it was an amazing feeling… and a terrifying one.

I went through such a roller coaster of emotions in percussion.  But all of it made me grow so much as a person, and in my love for music.

In Winter Percussion, there also exists and entirely separate class of ensembles, called “Indepedent” ensembles.  Those are made up of adults… usually colleges.  They don’t compete against the high school ensembles (who are in “Scholastic” classes), and they can be comprised of anyone who auditions and makes it in… under a certain age.  When you are older than that maximum age, you are said to have “aged out”.

I, unfortunately, could never afford to participate in an Independent group after high school… and so I never auditioned.  That… to this day… is one of my biggest regrets in life.  Not doing more to try and pursue this love beyond high schoool.  And unfortunately, I’ve now ‘aged out’.  I can never go back.

The closest I can get is to try and volunteer as a ‘pit tech’ with a school who has a Winter Percussion group… basically help their pit get better and work with them during the season.  I don’t know if it would ever be the same.

And why do “cabbage” patients remind me of all this?  And why does this make me so sad?  What the hell is this title, about Density?  For the cabbage part… during warm-ups one day in freshman year, it was randomly pointed out to us that you could musically spell out cabbage… “C-A-B-B-A-G-E”… and so for weeks… we would randomly use our mallets and hit those notes in order… for giggles.  In our less mature moments, it was also pointed out you could spell “F-A-G” (we didn’t really have a lot of people around who were sensitive to that term, so we didn’t really know better at the time…)  From that point, you’d randomly hear someone in the middle of warm-ups start playing, “C-A-B-B-A-G-E… F-A-G..” and a few others would start giggling.  Whenever someone in the battery (drumline that marches with the band) would do something stupid, we were right there playing “F-A-G”.  Just dumb high schoolers doing what high schoolers do.

I hadn’t thought about “cabbage” in years, until starting this job.

As for why it all makes me sad… back on Christmas, that band director that first gave me a chance to be in percussion… rekindling my love for band and for music… passed away suddenly.  Pulmonary Embolism.  And then yesterday, out of curiosity, I googled my first ever choir teacher, from back in middle school (junior high)… and one year ago tomorrow (May 10th), she passed away as well.

My father was the musical one in the family, before me… and he passed away almost 4 years ago now.

It’s like everyone that has kept music a part of my life is slowly leaving.  I actually texted my best friend from back home yesterday and said, “Next time you see Ted [our high school Theatre director] you tell him he’s not allowed to die anytime soon.  Music can’t die for me like this, so soon.”

And for Density?  Density was the theme of the last Winter Percussion show I ever played, my junior year of high school… the year we won Worlds.  And the very first thing you year at the beginning of the show, right before I started playing, was our bass guitar player speaking into the microphone, saying, “Density.  Mass per unit volume…” then I began to play while he continued to speak and our battery did some pretty awesome floor-work while more members of the pit joined me in playing.  I always loved the beginning of that show.

So today, I tried to channel a little bit of “high school Tivi”, and bring back that moment of something I truly miss… so deeply.  I dyed my hair a lot in high school, but I was a ginger/auburn-red head for my sophomore year Winter Percussion season.  So I thought I’d try to bring that feeling back today.  It might seem stupid to you, but it meant SO much to me back then, and still means so much to me now.

I’m just so afraid of losing it…

* Pose (close up) || The Heady Series One | an lar Poses | The Liaison Collaborative | new!