I was choking in the crowd, building my rain up in the cloud
Falling like ashes to the ground
Hoping my feelings, they would drown
But they never did, ever lived, ebbing and flowing
Inhibited, Limited… til it broke open and rained down
It rained down like… 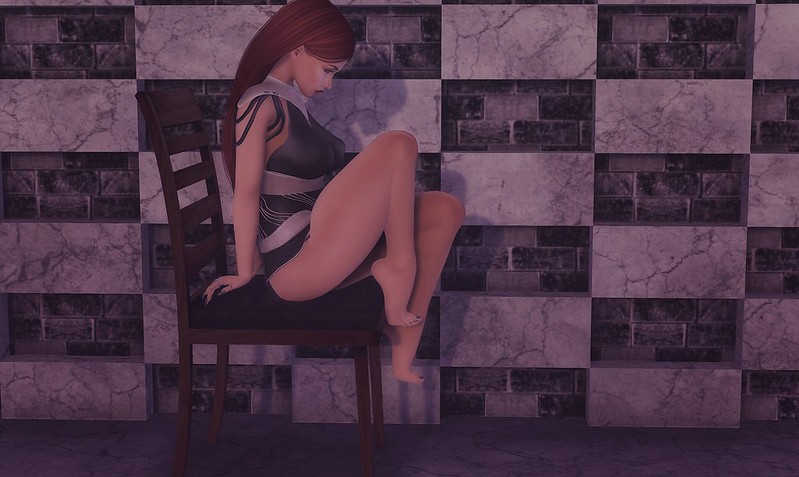 I’ve bitten my tongue far too hard for far too long.  And tonight, I attempted to warn someone who was in a position to DO something about this particular individual, in terms of giving them access to a hunting ground of people to prey upon… and they did nothing.

Hello.  You may not know who I am.  It wouldn’t surprise me if you don’t.  It wouldn’t surprise me if you don’t know who any of us are who came before you.  Very recently.  He may have portrayed Himself to you as having been single for quite some time before He met you.  And being so fed up with SL and its game players.  If any of this sounds familiar, it’s ok if you fell for it.

The rest of us did too.

I am just but one of many in His not-so-distant past.  And I am simply here to shed some light.  Because I hate watching the revolving door of His life keep spinning around and around with a new face in it every other day… and feeling like they wandered in unknowingly… with the best of intentions… just like I did.

I want to keep you from making my mistakes.

You may also be reading this and thinking I am a bitter ex.  That’s a fair assumption to make.  Do I think He did me wrong?  Absolutely.  For reasons I’ll mention a little later.  However, do know that I am currently quite happy in my relationship.  This letter is not motivated by some weird desire to get back with Him.

Trust me.  Someone should shoot me if I ever start wanting that insanity again.

If you do know of me, He may have painted me – and any of His other exes you may have come across in your adventures across the grid – as crazy.  It’s fine if He did, and it’s fine if you believe Him.  I’m not here to force you to believe anything that I have to say… but simply to warn you.  So that it will no longer eat at me that I didn’t try.

This is just as much for me as it is for you, trust me.

You may think it’s special that He calls you ‘kitten’.  He may have told you that that’s how He views you.  He may have told you that he doesn’t call anyone else that.  You may find it a blissful change from the typical ‘honey’, ‘baby’, ‘babygirl’, etc.  Don’t be fooled.  He has called every one of us before you the same thing.  Kitten.  More notably, His kitten.  It’s, unfortunately, not unique to you.  He’s just incredibly unoriginal and tries to appear romantic.

You may think you’re the only one he’s talking to in this way… romantically anyway.  You may even feel special because you may or may not be in His partner box.  Don’t be fooled by this either.  He once managed to carry on a conversation with me about how we needed to make a plan on how we were going to get things back on track re-start where we left off, while simultaneously trying to coerce a babygirl on an auction sim to break the rules of the sim and run off with Him.

I guess He didn’t think I’d find out?  But He forgot that at that time, I worked there on my alt, and that particular babygirl approached me, as a staff member, to complain about His behavior.

That was about the time He tried to call me ‘crazy’ for doing my job and asking him to remember the rules when dealing with auctionees.  I didn’t even bring up that he was trying to solicit this girl at the same time as trying to ‘make a plan’ for us to try and start again.  I just basically told Him to mind His p’s and q’s when it came to dealing with auctionees… that there are rules on the sim that should be followed.

That was also the point that He told the Manager of the auction house that the only reason she was responding the way she was – trying to get him to follow the rules and not deal inappropriately with either myself or the auctionee – was because she’s a woman.  Doesn’t He sound like a winner.

He also may have told you that no one else had ever shared His home with Him before.  That He had never had someone be invited into the land group, but that He wanted to do it with you so that you felt like it was truly your home too.  But… you guessed it.  Another lie.

He also may have made it seem like the display cage in the bedroom he wants you to ‘sleep’ in (log in and log out of) is something unique to you too.  But that is also something that he’s had everyone else do.

Basically, what it all boils down to, is that He’s a Predator.  He’s a Predator who is using sims that I once thought were safe, to find unsuspecting women like yourself – who are sweet and kind and simply want to enter into a loving, caring dynamic… to prey on for as long as you are useful to Him.  And then He will toss you aside too.

Or He’ll disappear on you.  Give you some excuse, act like it was no big deal, and then when you request release, make you seem like some horrible person for looking out for yourself.

And neither of those situations will be unique to you either.  Because He’s simply a Predator.  Who’s following the same script over and over.  And it’s getting old.