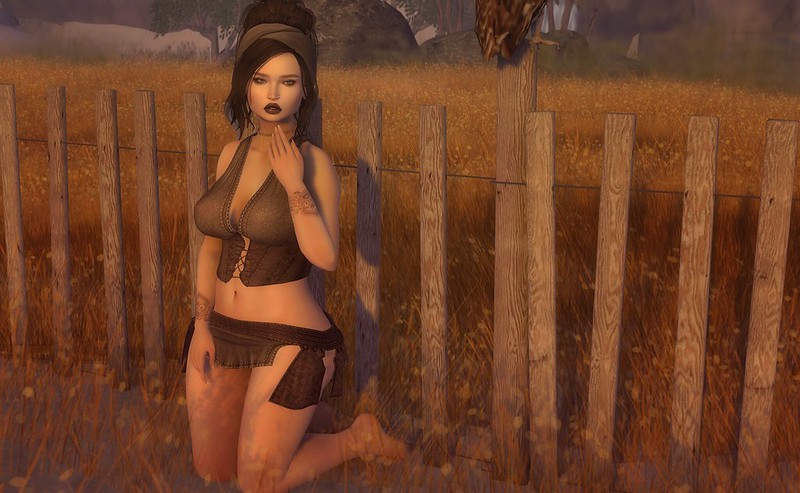 Ironically, I’m sitting in a submissive discussion at the moment (sorry, Morti… I’m paying attention, I promise!) about whether submissives are often considered ‘soft’ and ‘snowflakey’… if they always need refuge and healing, and if that makes us appear ‘weak’.

And even before I ended up at this discussion, I was listening to the song that today’s blog post is based around… so it’s interesting that this is the connection I made with this topic.  Haha.

One of the stories that I told in that discussion was something that happened to me recently and was kind of… mortifying as a submissive.  Those of you who are not adamantly one way in your personal relationships may not necessarily understand how distressing this might be… but… it was incredibly distressing to me.  Lol.

I was in a general discussion (not this one… this was an s-type only discussion… so, submissives, slaves, bottoms, pets, etc.) a few weeks ago in a different community, and a former Dominant happened to be there.  For the most part, the discussion was great, until I made some comment about communication.  Apparently that just set my ex off, and all hell broke loose.

But he’s a smart cookie… so of course when he made a comment about me, he didn’t use my name… but he proceeded to make a long, lengthy comment apparently describing the end of our relationship… however I didn’t recognize the scenario he described at first… because it was far how things actually happened.  But he ended the comment with the particular phraseology that is what mortified me:

“That’s the kind of thing that says you should probably just call yourself a Mistress and be done with it.”

I’m not sure how to relate how mortifying this kind of a comment is to those of you who don’t understand the D/s or M/s relationships… like… imagine working for years and years in SL as a skin maker, creating and perfecting your skins… only to begin dabbling in original mesh a bit, making some small head chains here and there (sorry Lumi… I’m kinda using what you do as something to relate to… LOL…) so you still primarily make skins, but you dabble in small accessories here and there.  And someone just up and makes this comment about how shit your skins are, how shit you are as a creator and a person, and then ends their commentary with, “That’s the kind of thing that says you should probably just call yourself an Accessory brand and be done with it.”

Like… I’m a strong person.  I have NO problems telling someone to take a long walk off a short cliff if they deal with me inappropriately and/or come at me sideways.  My strength, however, does not make me any less of a submissive to the person that I CHOOSE to be submissive to.

Submission and Strength are not mutually exclusive.  I hate to break it to some of you.  That’s not how the world works.  ❤

((Also… I’ll stop using this windlight eventually.  Sorry if it’s irritating some of you that I’ve used it three posts in a row.  Lol.))

Shape || Mine
Head || Simone (v2.6) | Lelutka
* Skin || Maria (Asia Tone) | Glam Affair | Powder Pack for Lelutka (March) | new!
– Lipstick worn is included on the skin HUD, along with several other shades, and some eye shades as well!
* Hair || Indica (Browns) | MINA Hair
– Welcome to the madhouse to my new sponsor, MINA Hair.  I had planned to use this older hair of hers even before I received my acceptance, so get ready for some newness from her coming soon!
Eyes || Tokyo Eyes (light) | Izzie’s
Body || Lara Body (v4.0) | Maitreya | new update!
Hands || Lara Bento Hands | Maitreya | new & free with body update!
– You should receive the 4.0 body upon your next login to SL, or if you detach and reattach your 3.x body.  If neither of these things work, you can get a redelivery in the mainstore to get the 4.0 body that includes the Bento hands!
* Tattoo || Lovesong (Black; Onyx) | White Widow | Black Fair | new!
* Top || Myrina Leather Top | Senzafine | We ❤ RP | new!
* Skirt || Drea Leather Skirt | Senzafine | We ❤ RP | new!
Collar || Encircled Collar | Cae

One thought on “Confession .81. There’s An Old Man Sitting On The Throne That’s Saying I Should Probably Keep My Pretty Mouth Shut…”