Red and yellow, black and white
They are precious in the Father’s eyes… 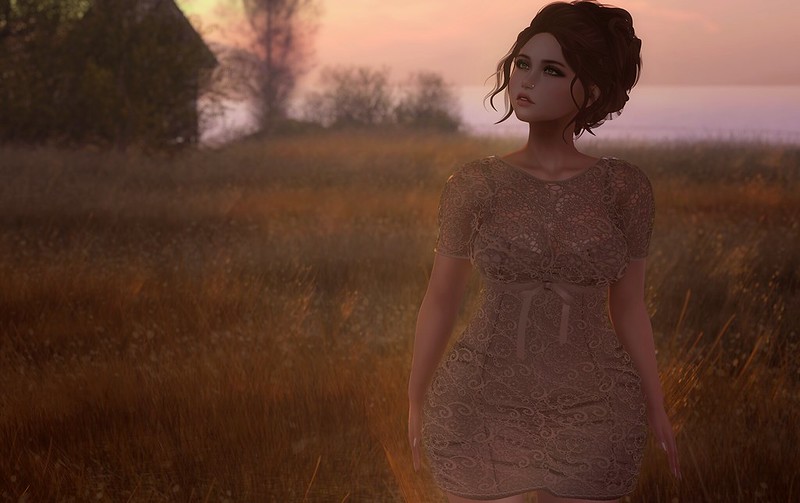 It’s been awhile since I’ve put a ‘mostly square’ picture in here… so my apologies if that close up is huge.  All the more to look at the pretty nails, though, my dear.  😀  Astralia is doing what I really feel like more people should be doing… and that is that she’s made actual mesh nails (in both Almond and Stiletto styles… I’m wearing Stiletto right now) to fit atop the Slink and Vista mesh hands… and then will work on add-ons, like these cute diamonds I’m also wearing, for these nails… rather than confining herself to the nails on the hands.  There is also a creator kit, I believe, for those who want to make polishes for her nails.  So ultimately, she’s a damn genius.

For those that don’t know, or don’t see the blog posts I make for Eta Sigma Delta… this quarter I’ve become a part of the Blog Team for our sorority.  As a member of the blog team, we choose different Awarenesses, Holidays, Observances, etc that we’d like to cover for the month.  And for the month of March, one of the ones I chose was the International Day for the Elimination of Racial Discrimination.

Anyway, I fell in love so much with the photos I took for that post that I wanted to share them, and the post, here too.  This is the post as I wrote it on the Eta Sigma Delta Blog.

Let me start by saying this… I know this isn’t my fight.

And you don’t have to tell me twice how strange it might seem for a white woman in both SL and RL to be writing the blog post for the International Day for the Elimination of Racial Discrimination.  I get it.

It’s kinda like when all those white folks got up in arms about Beyonce’s Formation video, yeah?  Like… it wasn’t meant to speak to you… so no one really cares if you’re offended.

When I originally volunteered to write this post, I acknowledged that it might be kind of awkward, and offered to step back if any of my sisters wanted to take on this challenge… because I feel like this is DEFINITELY something that needs covered.

I mean… my first post on this blog was about “Celebrate Your Name Week”.  If I’m going to talk about names as something that’s important, I think Discrimination, Profiling, Hatred, and all of these other things that are currently heavily present in our world today need talked about as important.  You can’t really gloss over the issue and say, “Meh.  Yeah, it’s there… moving on…”

Like, ok.  I’m gonna be honest… when I first started pledging Eta Sigma Delta… I felt suuuuuuper awkward.  None of my sisters ever made me feel that way, no… but coming in as one of two white women (at least in SL) into a primarily black organization… a primarily black community?  I admittedly tried to move around on eggshells trying to make sure not to offend someone, or the community as a whole.  I wanted to fit in with this family, with my sisters, but I also acknowledged that there were some things that were just always going to be different between us.  Things I wouldn’t understand.

My awkwardness was apparently so obvious to the people around me, that when my ex and I were speaking about pledging and about “Big Sister Names”, he suggested “Big Sister Token”.

It took me all of about 3 seconds to figure out he was suggesting I was the “token white girl”.

And in a place like Second Life where you can change your appearance at the drop of a hat, I’d be lying to you if I said I’d never pulled out a Blogger pack from Glam Affair and found a Jamaica tone I liked… because I didn’t always like being the palest girl in the room.  (Even though even in Jamaica, I still usually was.)  Even in the pictures today, I opted for a darker skin tone than I would normally wear.  (Despite the skin being SUPER cute.)

The thing of it is, though… that even as awkward as I felt, and still feel sometimes… that doesn’t even BEGIN to compare to what other people go through.  Like… I’m LUCKY that I only have to feel awkward… and that most of that awkwardness is completely created in my own mind.  I know my sisters love me.  I know they value the work I do.  And I know they see me as more than some pale-skinned avatar trying to penetrate their inner-circle.  I know these things, so my awkwardness really isn’t from the community around me.  It’s inside my own head.

Whereas there are people every day who have to deal with ACTUAL oppression from the community at large.  There are people who are actually denied service for the color of their skin, whether folks want to admit that’s the reason or not.  There are people trying to find a job whose applications are immediately set aside for names that don’t sound as ‘normal’ or ‘wholesome’ as Mary… Jane… Susan.  There are people who genuinely fear for their lives because of who our president is and what kinds of people have proven to be his supporters.

This is REAL shit… and I’m sitting here in my pajamas at a computer talking about how I felt awkward cause my pale pixels are in a group of loving sisters that just happen to have darker pixels.

I’m incredibly fortunate that I have the ability to be ‘awkward’ for those kinds of petty reasons.  That I don’t have to worry about my life as a whole simply because of the color of skin I was born with.

But keep in mind… there are people who DO have to live with that fear.

I constantly try to keep my privilege in check… because yes, ladies and gents, white privilege is a thing… have you checked yours lately?

Shape || Mine
Head || Catya New Rig (v2.10) | Catwa
Skin || Emily (Rose Tone) | Lure | Skin Fair (until 03/26) | recent!
* Hair || Zoya (Browns) | Truth Hair | March VIP group gift!
– This hair comes with so many different pieces to make the style your own.  I’m currently wearing the rigged base hair and the rigged bangs.  Included pieces not shown are front back strands for a more ‘loosely elegant’ feel.
Eye Applier || Tokyo Eyes (lights) || Izzie’s | Skin Fair (until 03/26)
Body || Lara Body (v3.5) | Maitreya
Hands || Slink Dynamic Hands | Slink | new!
– These hands are a FREE update!  Simply go to the Slink Mainstore and use the Redelivery terminal to redeliver a set of hands (or a hands package) to get the update.  The box will still be named after the hands you bought originally… for example, the box mine came in are the Elegant hands.  But inside the box WILL be the Dynamic hands.
* Nails || Compatible Mesh Nails System (Slink) | Astralia | new!
* Nail Add-On || Diamond Add-On (Slink; Stiletto) | Astralia | Shiny Shabby | new!
– Like I talked about earlier, rather than remaking nail sets any time she wants to release nails, Astralia is making it so that you can wear your base nails all you want, with different polish colors (and a creator kit for nail designers!) and then simply ‘add on’ other designs, like these 3D diamonds she’s released at Shiny Shabby.
* Dress || Aida | Lybra | Shiny Shabby | new!

One thought on “Confession .79. There IS Such A Thing As White Privilege…”