And I will follow where this takes me
And my tomorrows long to be unknown
When all is shaken, be my safety
In a world uncertain, say You’ll be my stone… 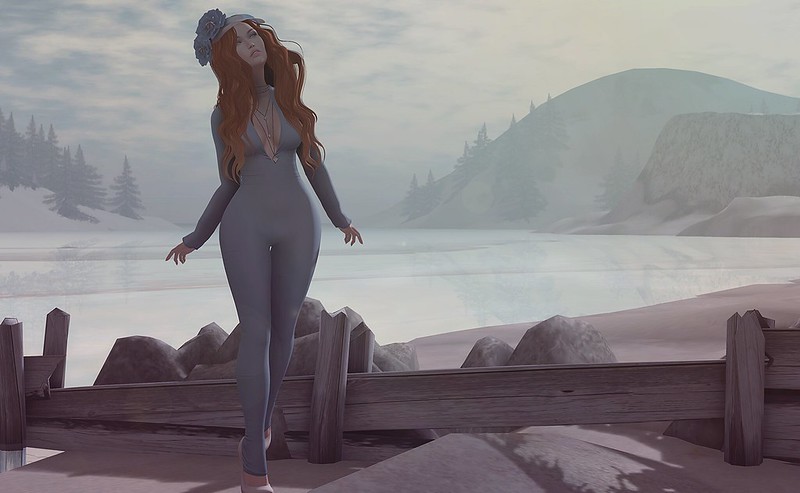 paro
n. the feeling that no matter what you do is always somehow wrong—that any attempt to make your way comfortably through the world will only end up crossing some invisible taboo—as if there’s some obvious way forward that everybody else can see but you, each of them leaning back in their chair and calling out helpfully, colder, colder, colder.

If I start this blog the way I want to and say, “I don’t understand,” then some of you will lash out that here I go again playing the victim.

If I start this blog and say “How f-ing dare you all,” then some of you will lash out that here I go being a bitch again.

If I start this blog and say “I give up,” then some of you will lash out that here I go being melodramatic again.

Most of you don’t know the whole story of me and modeling.  Most of you who judge and criticize me haven’t been around in the fashion community long enough to know where I started, what I came through, and how I worked to get where I am… or where I was… I dunno.  I’m kinda-sorta, half-semi-retired the way I explained it to someone recently.  I don’t really walk much.  I don’t really compete at all.  I’ve lost the desire to do so for the most part.

But anyway.  It’s mostly the ‘younger’ generation of SL models that came up after me.  Ok, wait, before I go on, I should probably explain how the fashion modeling community is divided up in my head, so you can get what I mean.  There are many amazing models who came before me, long before me, and those are ‘older’ models to me.  There are models that graduated and came up about the time I did… I consider us in the ‘middle’ generation of models… we had the benefit of learning from the older, more established, good top models in SL before they stopped teaching/began to pursue other things/left SL/etc.  And then there’s the generation of those that came later than the middle… and those that are still coming now… the ‘younger’ generation of models.

So anyway, it’s mostly the ‘younger’ generation that came up after me.  The ones who were taught by those who may or may not actually know what they’re doing, but act like their way is the only way, thus teaching their students that they way they do it (or try to do it) is the only way?  Or the ones who were taught by these random schools that seem to be springing up all over the place run by people most of us from the older and middle generations have never heard of?  Yeah.  That is the generation with the biggest mouth.

And I’m sorry… but when I first came up, through schooling and my first dabble into pageantry, I dealt with a lot.  I was, and still am, a hard worker, and that began to show… and I was fortunate enough to come into a Model Manager position in an admittedly-controversial even production company at the time.  Some of you knew me then.  Some of you thought I was a bitch then.  But most of you don’t know what I went through on a regular basis, at the hand of the models that I was managing.

For lack of a better way to put it – I was treated like absolute garbage.  I mean, I could understand being hesitant with a new model manager, and I could understand even being a little weirded out by having to ‘follow’ the ‘direction’ of a model manager that was newer to the modeling world than you were… but I guess I just kind of assumed that everyone was taught like I was: You trust your agency owner/show director/whomever.  And you act professionally.  I was, however, not met with that particular courtesy.

So I grew a thick skin REAL fast when dealing with people.  A very hard-lined, “This is what I need done and when I need it done by, ‘kay?” approach to people… not a lot of small-talk and chit-chat.  I was through trying to be friends with the people I worked with because all I was met with were attitudes.

Some of you will remember this time as being when a particularly dramatic male model was fired from this event production company – subsequently starting a smear campaign against the company and its owner.  He was fired over his performance on a runway that /I/ built, and it was more of the same.  Not able to/wanting to do what was necessary when asked, having excuses, copping an attitude, etc.  But I wasn’t about to let someone ruin a show that was very near to me.

THAT was my first long-term experience with working with other models.  The attitudes that I got from people.  The absolute hatred and disdain that treated me with, for no other reason than a ‘title’ I had within a company that meant little more than organizing notecards and spreadsheets and tapping you on the shoulder to remind you of stuff.

But from that point, I managed to somehow garner this reputation of being an absolute cunt.  To the point that people to this day still bring it up to harass and bully me with.  I read something the other day, where a bunch of anonymous internet trolls were talking about that overly-dramatic male model, and they at-random made the comment, “He’s almost as bad as Tiviyah.”  Like… the hell?  I was nowhere in this conversation, was not mentioned at all, and I am certainly not as bad as the person they were discussing, that’s for /damn/ sure.  Lol.

I know, I shouldn’t let random internet trolls get to me… but just damn.  Four years?  I’ve had about enough.  It’s time for people to have several seats, please.

So when you don’t see me at castings, or pageants, or walking a whole lot… I’m just kinda sticking to the positive people in my life and calling it good.  Right now, with things in a whirlwind of craziness in RL… I need the positivity.  I need the break from being bullied.