I’m re-posting a post that I saw that I find myself very much agreeing with.
I feel the need to repost this here because I’m seeing the post that it’s responding to circulating around my SL Facebook as well.
The content of this post was originally written by Dina Leygerman, and can be found HERE. 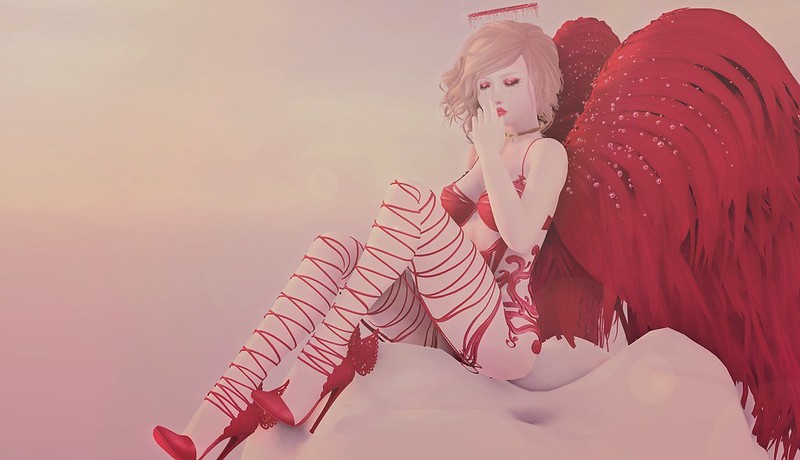 A post is making rounds on social media, in response to the Women’s March on Saturday, January 21, 2017. It starts with “I am not a “disgrace to women” because I don’t support the women’s march. I do not feel I am a “second class citizen” because I am a woman….”

Thank Susan B. Anthony and Alice Paul for your right to vote.

Thank Elizabeth Stanton for your right to work.

Thank Maud Wood Park for your prenatal care and your identity outside of your husband.

Thank Eleanor Roosevelt and Molly Dewson for your ability to work in politics and affect policy.

Thank Ruth Bader Ginsburg, Shannon Turner, Gloria Steinem, Zelda Kingoff Nordlinger, Rosa Parks, Angela Davis, Malika Saada Saar, Wagatwe Wanjuki, Ida B. Wells, Malala Yousafzai. Thank your mother, your grandmother, your great-grandmother who did not have half of the rights you have now.

You can make your own choices, speak and be heard, vote, work, control your body, defend yourself, defend your family, because of the women who marched. You did nothing to earn those rights. You were born into those rights. You did nothing, but you reap the benefits of women, strong women, women who fought misogyny and pushed through patriarchy and fought for you. And you sit on your pedestal, a pedestal you are fortunate enough to have, and type. A keyboard warrior. A fighter for complacency. An acceptor of what you were given. A denier of facts. Wrapped up in your delusion of equality.

You are not equal. Even if you feel like you are. You still make less than a man for doing the same work. You make less as a CEO, as an athlete, as an actress, as a doctor. You make less in government, in the tech industry, in healthcare.

You still don’t have full rights over your own body. Men are still debating over your uterus. Over your prenatal care. Over your choices.

You still have to pay taxes for your basic sanitary needs.

You still don’t have paid (or even unpaid) maternity leave. You still have to go back to work while your body is broken. While you silently suffer from postpartum depression.

You are still worse off if you are a woman of color, a gay woman, a transgender woman. You are still harassed, belittled, dehumanized.

Estonia allows parents to take up to three years of leave, fully paid for the first 435 days. United States has no policy requiring maternity leave.

New Zealand’s women have the smallest gender gap in wages, at 5.6%. United States’ pay gap is 20%.

The United States ranks at 45 for women’s equality. Behind Rwanda, Cuba, Philippines, Jamaica.

But I get it. You don’t want to admit it. You don’t want to be a victim. You think feminism is a dirty word. You think it’s not classy to fight for equality. You hate the word pussy. Unless of course you use it to call a man who isn’t up to your standard of manhood. You know the type of man that “allows” “his” woman to do whatever she damn well pleases. I get it. You believe feminists are emotional, irrational, unreasonable. Why aren’t women just satisfied with their lives, right? You get what you get and you don’t get upset, right?

I get it. You want to feel empowered. You don’t want to believe you’re oppressed. Because that would mean you are indeed a “second-class citizen.” You don’t want to feel like one. I get it. But don’t worry. I will walk for you. I will walk for your daughter. And your daughter’s daughter. And maybe you will still believe the world did not change. You will believe you’ve always had the rights you have today. And that’s okay. Because women who actually care and support other women don’t care what you think about them. They care about their future and the future of the women who come after them.

*~* Confession .65.  You Are Not Equal.  I’m Sorry. *~*
(Again, the content of the post above is all attributed to Dina Leygerman, and you can find her original post HERE.)