I wanted everything I never had
Like the love that comes with light
I wore envy, and I hated that
But I survived… 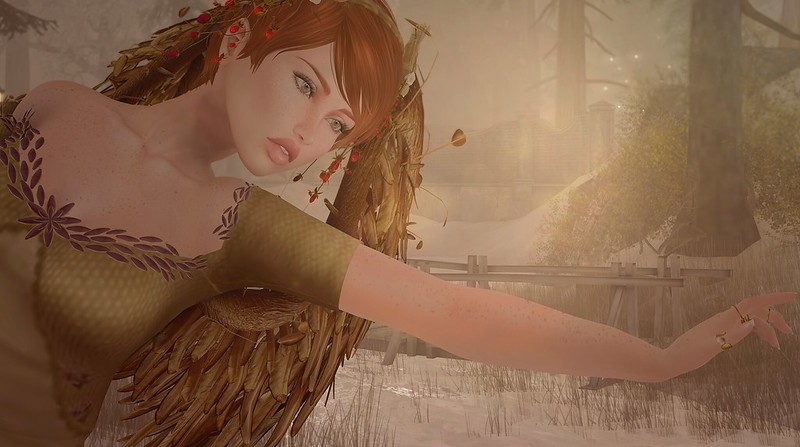 n. a feature of modern society that suddenly strikes you as absurd and grotesque—from zoos and milk-drinking to organ transplants, life insurance, and fiction—part of the faint background noise of absurdity that reverberates from the moment our ancestors first crawled out of the slime but could not for the life of them remember what they got up to do.

I have my fair share of things about the world like this… things that for whatever reason that I don’t like – some for my own reasons that no one else understands, and some for reasons that even I don’t understand or can’t find.  But one thing I think most of us can agree on… Bad things happening to good people.

For this blog post, I’m wearing the last gown that Dani Plassitz ever created…

By now I’m sure most of you have heard that Dani Plassitz, creator behind Styles By Danielle, passed away unexpectedly back on December 13th, 2016.

Dani had not been feeling well prior to that, and had asked her husband to take her into the hospital to be checked out.  Testing-wise, it was determined that she had very low iron and very low hemoglobin, but ultimately they sent her home with instructions to return the next day… I’m not sure if they didn’t have a doctor who could properly treat her until the next day, or if it was for more testing.  But nevertheless, she was sent home and told to return the next day.

After arriving home and being taken care of by her husband, Dani collapsed, was taken back to the hospital later that night and unfortunately did not make it.

Now, I don’t know Dani’s husband very well, but he has logged in a few times, both as his own avi and as Dani’s avi, since it all happened.  He came to the Models Giving Back memorial show for Dani yesterday, and all-in-all seems like an amazing human being.  Dani herself was one of the sweetest, most genuine people you could ever meet in a place like this.

In a place like Second Life, where so many people choose to hide behind the anonymity and portray themselves as different than who they really are, no matter who it hurts in the process or how much… Dani Plassitz was one of the most honest and caring individuals.  She had a passion for everything that she did – whether she was designing or singing – and she had an immense talent for both.

Explain to me how the people that loved and cared for Dani deserved this?

And more importantly… explain to me how some of the most dreadful human beings to ever take up space and oxygen, get to run around completely fine and get REWARDED for their bad behavior… while people like Dani are punished for being a good person.

I will never understand the Universe and Karma’s approach to stuff like this.  It just doesn’t feel right.

Shape || Mine
* Please note, for this post I am wearing Catwa Catya, and I’ve also worn Lelutka Simone 2.0 in recent blog posts.  When I say my shape is ‘mine’, I do NOT mean that I am wearing the same shape.  I have made my own shapes individually for each of these heads.  This might seem obvious to some, but I don’t ever want to misrepresent what I’m doing.
Head || Catya | Catwa
* Skin || Ruby (Bare; Cameo Tone; T2) for Catwa Heads | Lumae | new release!
* Hair || Gaea (Gingers) | Truth Hair | new! (January VIP Group Gift)
Eyes || Rigged Eyes | Catwa
Eye Applier || Intense Eyes (Bicolor brown) | Deetalez
Body || Lara Body (v3.5) | Maitreya
Gown || Danielle Gold x Roberta Gown | Styles by Danielle
Headpiece || Danielle Gold Headband | Styles by Danielle
Wings (close up only) || Oakley Rare Gold Wings | Blueberry
Rings || Hydra Bento Rings | Absolut Vendetta