If I told You this was only gonna hurt
If I warned You that the fire’s gonna burn
Would You walk in?  Would You let me do it first?
Do it all in the name of love… 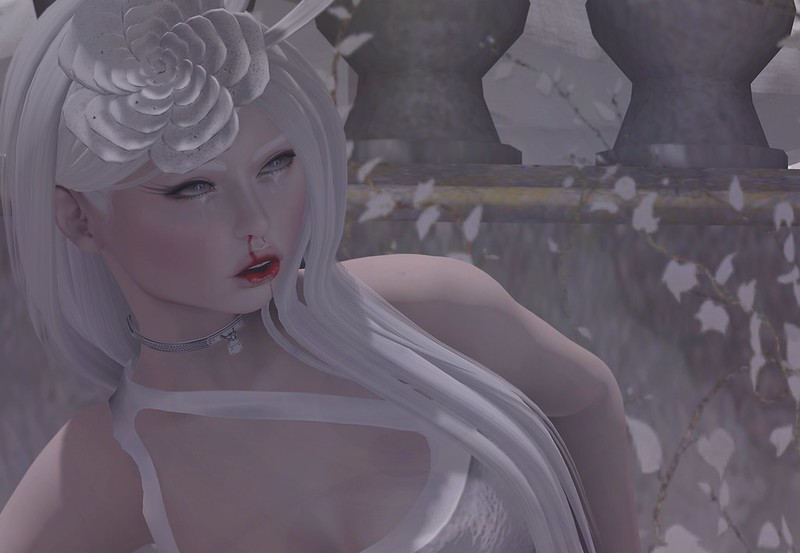 So, in typical Tivi fashion… I am only useful to a friend of mine months after she needs it.  *Laughs*

I’m going to tell you the story of how I met Master… because it kinda makes me giggle… and because as we go into 2017, rather than focusing on all of the shit that’s happened in 2016, I’d like to focus a bit on what made the end of my 2016 bearable.

And that’s two particular people in my life: Master, and Nova.

Some time ago, Nova was writing an article for an SL publication that I won’t name… cause I don’t feel like advertising them.  *Laughs*  Those of you that are Facebook friends with us both might know the mag I’m talking about, because Nova put out on her Facebook looking for success stories from people who had met their significant others on AvMatch.  Yes, AvMatch is exactly what it sounds like… the eHarmony/Match.Com of Second Life.

She waited, pushing her article to the closest she could get it to her deadline waiting to hear back from people, and she didn’t get a single response.  Which led her to believe that either no one on our lists (cause I had shared it with my friends) had met their significant others that way… or no one wanted to admit to doing such.

Fast forward a few months later… I’m bored off my ass, up late, and I may or may not have been a little bit drunk… and I figured why the hell not sign up.  I’d petitioned for a voluntary service contract with a very good friend of mine about 6 months earlier and it had been declined, for issues in His RL.  (Don’t worry if you have no idea what ‘petitioning’ is. 98% of you aren’t supposed to.  Haha.)  I hadn’t really had a collar or been interested in pursuing one since then, aside from a moment of temporary insanity with an ex of mine.

Yeah, you don’t have to tell me.  It ended badly, like I should have known it would. Lol.  But keep in mind, because of this, I joined AvMatch as a JOKE.  I wasn’t really taking it seriously, nor was I expecting to meet anyone worthwhile.

So I’m poking around AvMatch and the first thing I notice is one of the first things Nova had told me when she was doing her article – you can’t use your avatar’s name in your ‘display’ name on your profile.  You can’t put it anywhere else in your profile (though people found ways around that).  You couldn’t put links, nothing.  So it was sorta anonymous, aside from your picture and whatever you chose to write about yourself in there.  It was nice… I liked that… because for once I could be approached as just a person who happened to be submissive.  Rather than a submissive with all these different SL ‘business’ commitments that a Dominant couldn’t foresee me being able to balance.  I could just get to know someone and THEN go into the things we both did in SL.

On AvMatch, there are tokens that allow you to open connections and send private messages to people.  You get 3 free ones once your profile is complete and approved, and after that you pretty much have to buy them with lindens, which I wasn’t about to do.  So before I spent a token to open a connection to anyone, I always sent a ‘note’.  Notes are things you can send for free, you’re just limited to preset, provided phrases.  So when I saw Master’s profile and He piqued my interest, I sent Him a note that said “If I message you, will you message me back?”

And bless His heart, He tried to avoid me having to spend a token.  He spent the token to open the connection to send a message first, but it charges both parties a token to open a connection, but once it’s open on both sides, you can send as many messages as you want to each other during the month that the connection is open.  So once we had our connection open, we kept talking.

And over the course of about 36 hours we had sent 71 messages back and forth.  Lol.

We eventually met in-world and things just clicked… like, intensely.  From the very beginning.  He was inside my head in a way that I couldn’t explain, which was both reassuring and terrifying all at once.  He would set tasks to do that were things I was thinking of in that moment that I needed to do.

And the rest is kinda just… us.  Here.  In the moment.  I may or may not actually adore this man.  Haha.

And I also may or may not have just permanently deleted my page on AvMatch after writing this blog.  ❤