The fire used to burn, and the words used to hurt
But you’re not like us, you are different
I couldn’t see that that was a compliment 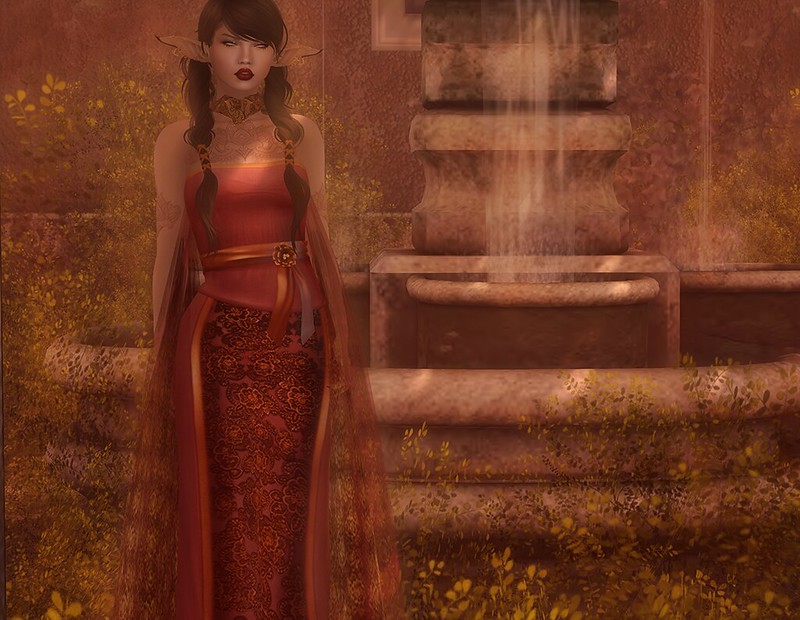 My body is trying to kill me.  However, if you remotely pay attention to my Facebook, then you likely know the mess that’s been going on.  My apologies for not being around much.  I’m slowly sorting through my objects folder with stuff from sponsors, Fantasy Faire, and other craziness.  There’s so much.  I’m so sorry that I’m such a disorganized mess lately.

One of my classes has 3 term papers and a presentation.  So that’s a little daunting.  -laughs-  This is what I have been referring to as being in “Term Paper Hell”.  And at the same point in time when Term Paper #2 was happening, we had our Midterm, which was over the Medical Terminology chapter of our book (ironic to me, since Medical Terminology is the other class I’m in this term – so both my midterms were essentially on Medical Terminology… not fun)  While we were doing that Midterm, we were also prepping for our ACTUAL Medical Terminology midterm, with a 50 question study guide for a 25 question midterm.  And let’s not forget I missed 2 days in there, so I actually had makeup shit I was doing at the same time.

All throughout this term, we’ve also been working on a giant notebook project for Medical Terminology, that’s due on Tuesday.  It’s basically just a giant pain in the ass.  Not complicated to do, just a tedious pain in the ass.

And then, oh then, when I got everything made up and things were going well again, last Saturday (aboutaweekago… sorry, I had to) I woke up at 4:45 in the morning in so much pain.  So much pain.  Like, I thought I was dying… and if I’m honest, I kinda was hoping I was, so that the pain would stop.  I wanted someone to beat me over the head with something and knock me unconscious.  It was that bad.  I laid in bed miserable for about… 30 minutes or so before I gave up, hobbled out to my car, and drove myself to the ER.  Now, normally, I would go to a different ER… because the one that’s closest to me, I’m convinced is gonna kill someone if they have an immediate need, because they just… don’t care.  However, driving myself, and as much pain as I was in, I would not be able to make it the half hour drive to the other hospital.  So I begrudgingly went to the nearest ER to me.

And I was right.  They will kill someone someday.

Between the panic attack I’d given myself, and how much pain I was in, I’d worked my blood pressure up to a crazy number.  Like, 170/108 kind of crazy.  But did they hook me up to a monitor when they got me into a room?  Nope.  In fact, did they take my blood pressure again AT ALL during the six hours I was there? Nope.  They DID do an EKG, I’ll give them credit for that… but like… to not even bother to check again?  They’re gonna kill someone.

Anyway, so I’m sitting there… and they did the typical things.  “Let’s draw some blood,” “Here, pee in a cup,”… etc etc.  The blood work came back normal, the urine test was fine.  After the first hour ,the pain had subsided a bit, to a manageable level, so I actually declined the morphine shot.  I didn’t want to twiddle my thumbs for 4 hours waiting to be able to drive myself home.

But then, the doctor came in, started pressing around on my stomach, and I wanted to die all over again.  The right side hurt so damn bad.  So of course, what does he say, “We’re going to send you for an ultrasound, to check your gallbladder.”  Ok, sounds legit.  Sounds like it should take another hour, hour and a half.  Not too bad.  They take me back… and I didn’t actually realize how long an ultrasound actually takes.  Or maybe it took longer for me.  I dunno, I’ve never had one before.  But it took a bit, then I twiddled my thumbs for about 45 minutes before a nurse came in and said they were just waiting on someone to read it and then I’d be good to be discharged.  I thanked her, and not 5 minutes later, CT came to get me for an Abdominal CT.  I thought they had the wrong room, but nope.

The problem with Abdominal CT’s is that from the time that you get BACK from it, they predict you’re going to be waiting for 2 more hours for results.  And it was damn near that long.  So the doctor comes back in and tells me, “Well, the ultrasound is showing gallstones,” welp – that explains the pain, “And then we did the CT because we thought we saw a lesion on your liver,” oh shit, “but the CT showed everything was ok.  So it must have been a shadow on the ultrasound or something.”  Wtf?  So then why even tell me?  I get trying to explain the purpose of the CT, but why even tell me that you thought you saw a LESION on my liver?  You don’t just say that to an anxiety-ridden person and then fluff it off like it’s nothing.

If you’re ultrasound fucked up and it was just a ‘shadow’, what’s to say your CT didn’t miss something?

So yeah, needless to say I’ve been in medical hell and kinda a bit stressed.  I see my surgeon Monday morning (I have to miss a little bit of class, but he only does afternoon appointments on Thursdays and, of course, this upcoming Thursday he’ll be out of town.  So Monday morning was my only option.)  I’ll know more of what’s going on after that, but it’s looking like I’ll have my gallbladder removed sometime in May.

I promise I’m not normally so full of fail.  But look at the pretty from Fantasy Faire! 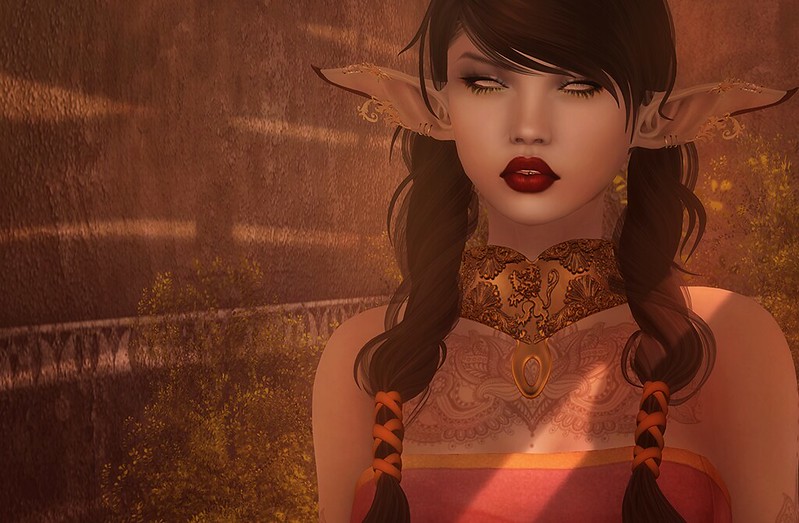 ..:: Location ::.. Blithe
* There is a L$500 group join fee to go beyond the landing point of this sim, however, if you’re really into exploration or on-location photography, it’s definitely worth it!